“Rehearsal” is an exceptional short film by director and writer Courtney Hope Thérond, and was recently screened at this year’s LFF. The film follows a young actress who is forced into an uncomfortable situation on a film set during a rehearsal. With the film industry still reeling after the news of Harvey Weinstein and the rise of the #MeToo Movement, Thérond’s film feels very relevant and will more than likely connect with many viewers especially females, who have unfortunately found themselves in similar situations, afraid and unable to speak up.

The film’s premise is simple but effective and the film takes place within one setting (a rather seedy-looking motel room) which makes for a claustrophobic atmosphere. We are instantly placed on edge and in the same position as the main character, creating a strong sense of empathy for her and a sense of understanding. We watch as a man sets up the scene, and then we cut to two people (a man and woman) sitting on the bed, talking to a film director called Jared (Alexander Chard) who is holding a script in his hands. The cinematographer Will (Alex Portenko) arrives and the rehearsal begins. 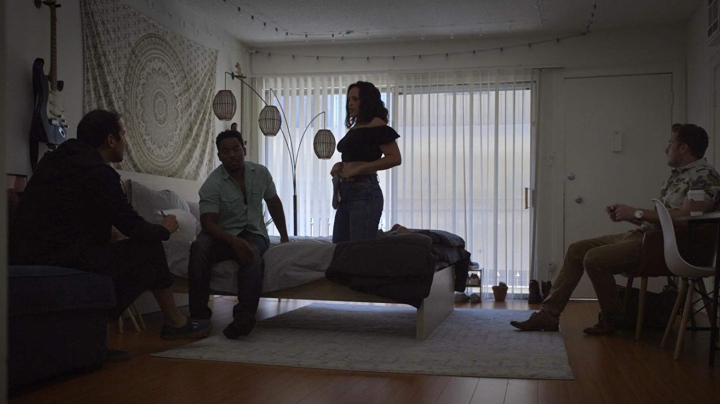 “Ana’s vulnerability is beautifully captured by Jessica Mendez Siqueiros’ performance and the smallest of facial expressions manage to convey so much emotion.”

Our actress is Ana (played by a wonderful Jessica Mendez Siqueiros) who is set to star in an indie film along with fellow actor Will (Clinton Lowe). The two of them are rehearsing a love-making scene, and as the rehearsal starts they both seem reluctant to kiss each other, kissing the air between them and gingerly touching each other, careful not to cross any boundaries and respect each other’s personal space.

However, as the rehearsal unfolds, Ana is asked by the director to cross the boundaries of consent and becomes more and more visibly uncomfortable. Whether the men are aware of Ana’s discomfort (and don’t care) or whether they are ignorant of her distress, they don’t stop the rehearsal. When Ana questions the level of nudity, she is informed that it will appear “tasteful” but it all feels very sleazy.

The film is captured by Amanda Treyz who consciously uses wide shots and close-ups to capture the situation that Ana finds herself in, Ana is framed in such a way that we understand her feeling of powerlessness. The use of the handheld camera, to capture the tighter close-ups on Ana’s facial expressions, helps to almost give us an insight into how she feels and creates a sense of unease and discomfort that her character must be experiencing.

“Rehearsal” is one of the most moving and impactful short films I have seen this year, and I was moved to tears by the film, feeling Ana’s anguish and being reminded of moments in my life where I have been placed in an uncomfortable sitaution.”

Once the rehearsal has ended for the day, we watch Ana return to her car, and for a short while she simply sits inside, appearing slightly stunned, wounded and emotionally drained by her experience. Without a word of dialogue being uttered, we can fully understand how Ana feels exploited by what has occurred inside the room (and she has been exploited, and made to feel exposed). We watch her through the windscreen, a barrier between her and us, unable to comfort her in this moment of great distress. It’s a powerful scene, and one has to wonder just how many women have been through a similar experience like Ana’s and have had to suffer in silence? 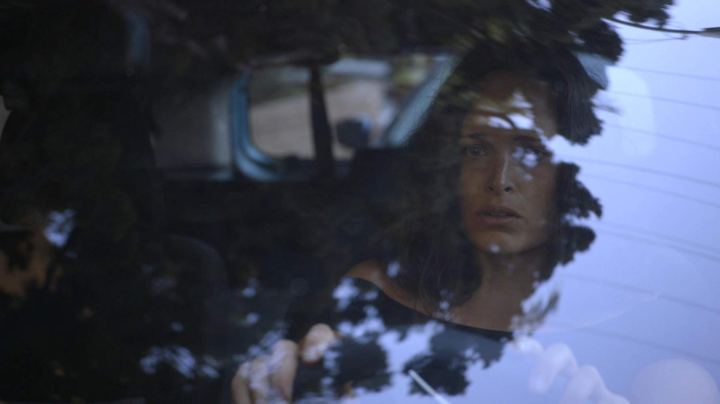 Thérond is an award-winning director whose short films have been screened at several major film festivals, including Outfest, Palm Springs International Shortfest, St Louis and Nashville Film Festival. Her film is clearly shot through the lens of the female gaze, as she captures the inner turmoil that Ana is facing as she is forced into an uncomfortable situation and is made to feel devalued by how the males in the room treat her and act towards her. Ana’s vulnerability is beautifully captured by Jessica Mendez Siqueiros’ performance and the smallest of facial expressions manage to convey so much emotion.

“Rehearsal” is one of the most moving and impactful short films I have seen this year, and I was moved to tears by the film, feeling Ana’s anguish and being reminded of moments in my life where I have been placed in an uncomfortable sitaution that is seemingly out of my control. It will be very interesting to see what Thérond and Mendez Siqueiros do next because they are both extremely talented and understand the power and language of cinema. If you get the opportunity to see “Rehearsal” then we highly recommend you do so.