Since the involvement of the Mexican government in 2006, the war on Drug cartels and trafficking have torn apart the cultural landscape of South America, surprisingly without much focus from many Western nations. With upwards of 160,000 recorded deaths, with many children being hidden on the fatality list, ‘Tigers Are Not Afraid’ (2017) blends together a mixture of spiritual folklore, horror and dramatic filmmaking to highlight the atrocity of reality, and how this Halloween ghosts and spectres are far tamer than the genuine monsters this world faces.

Flirting with the fantastical, writer and director Issa López has gone on to receive tremendous respect for her piece. A story of Estrella’s (Paola Lara) quest to find her mother, who has been snatched by drug-traffickers, leads to an encounter with a group of lost boys. Here, they steal, laugh and survive in a harsh city district, hiding from the Huascas, a drug cartel, after the boy’s leader Shine (Juan Ramón López) steals a cartel’s phone containing contacts, evidence and a few photos of the both Shine and Estrella’s mothers. 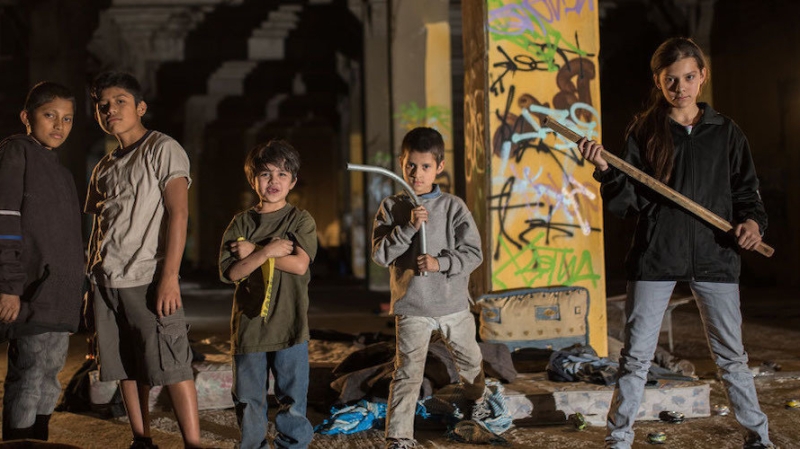 Thankfully, López has the backbone to treat this horror with the required nerve, refusing to hide behind off-screen deaths. Anyone is fair game, a testament to the callousness of Mexico’s drug-feuds. Of course, though, the one person they would never suspect to hold the key, or rather the chalk, to foiling their plans, would be a woman, or better still, a young girl. Estrella receives three ‘wishes’ by her teacher, in a tear-inducing symbolic gesture of the weapon against the drug trade, and patriarchal fear – education.

“López has the backbone to treat this horror with the required nerve, refusing to hide behind off-screen deaths. Anyone is fair game, a testament to the callousness of Mexico’s drug-feuds.”

Arming herself with these wishes, Estrella’s performance from Paolo Lara is a part of the film’s success, with others being López’s concept and the character of Shine. A generic narrative of ‘careful what you wish for’ is in lew put the background, integral but not the focal point. Lara’s wishes result in fear-inducing events; the first, to have her mother return, brings the measure of horror forward. Lara is a natural, naïve but sturdy enough to stand against the boys, becoming a mother figure, in what is a thinly veiled reference of Peter Pan. Her back and forth with Shine, who so desperately wants to be the tiger he dresses is a relationship at the core of the film. 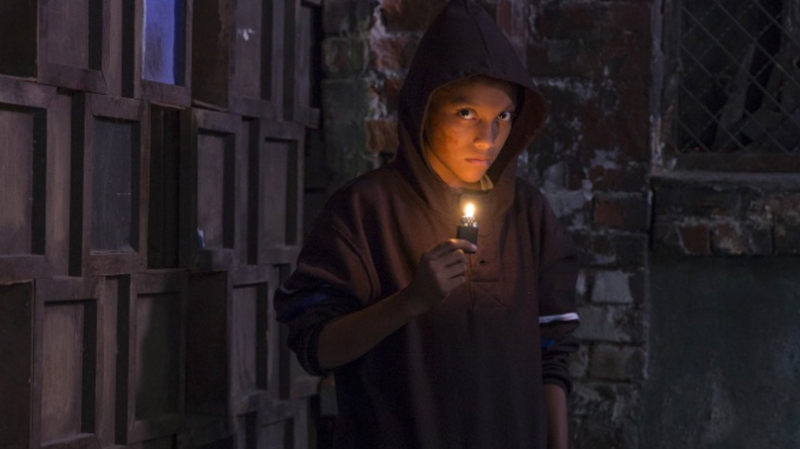 Symbolically, these tigers, these people who desire to move from their storybook princes into stealthy, majestic creatures are far from the animals they idolise. Splattering the streets of Mexico with graffiti, the Huascas are illustrated with claws, teeth and the slit eyes – when in reality, they are anything but. Shine’s ‘cowardice’ keeps him from earing these stripes. Shine himself, noting that as a ‘king of a fucked-up kingdom’ he cannot kill the man who stole his mother. This lack of assertive cruelty somehow equates to masculinity, communicating volumes to the film’s intention.

“Lara is a natural, naïve but sturdy enough to stand against the boys, becoming a mother figure, in what is a thinly veiled reference of Peter Pan.”

Mexico has a diverse, intense relationship with death, horror and the spiritual. Currently undergoing a renaissance of Horror movies, these films created by Latin filmmakers like López or producer Marco Polo Constandse have no fear of the genre like their American counterparts. It’s Spanish title, ‘Vuelven’ translates to ‘Return’, a rather literal, though relating title. As such, spirits exist in the between, making for superbly tense shots from Juan Jose Saravia’s cinematography. Lingering, those who have suffered the Hollywood fake-out or jump scare will be unnerved by how silent this film can be, allowing an uncomfortable unease to do the work. As we close-in on shots, empty and grim, a small movement, or perhaps the sound effect is enough to push your eyes away. 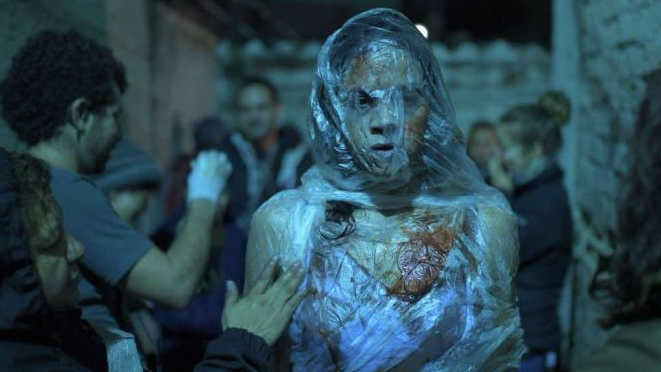 Just as methodically unpleasant, Vicent Pope’s score is uncomfortable, but in that rare manner, only Horror can achieve. It works, you’re not put off by the design of the score, but there’s something which hazes your senses. Together, Pope and López capture the fear these children experience, just how open and vulnerable they are. Bleeding through our reality, folklore weaves around the film, keeping itself to the realm of shadowy imagination. It’s in effect how the blending of genres should work, neither takes a principle role, complimenting one another.

The fairy-tale gruesomeness never diminishes the realism, and the gritty drug-focused horror never detracts from the myth. Treating aspects of legend in reverence, similar to master of the craft Guillermo Del Torro, López’s sense of mystic is two-fold, an escape from the harsh monstrosities of reality and punishment for our antagonist. For the most part, the blending is sublime, a metaphorical sense of horror than a cheap sense of fright, but sadly one or two jump scares, and a peculiar revival of a stuffed animal draws us straight out of the immersion. 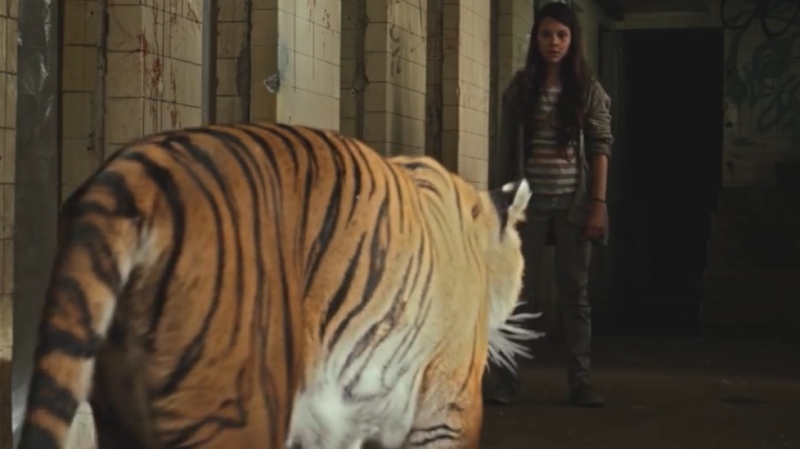 “Bleeding through our reality, folklore weaves around the film, keeping itself to the realm of shadowy imagination. It’s in effect how the blending of genres should work, neither takes a principle role, complimenting one another.”

Generalizing a complex social-political issue, López seems unsure of where to draw her focus. Aware to place the children at the heart of the narrative, with the supernatural enveloping the surrounding darknesses, it leaves little room for physical antagonists in the form of The Huascas or Chino, though Ianis Guerrero provides a marvellous climax alongside Lara and Ramon López as the spiritual horror kicks in a gear or two, with a repulsive, somehow sickeningly satisfying punishment for the human-trafficker. ‘Tigers Are Not Afraid’ continues Mexico’s history of tremendous pieces of horror, an example of Hispanic – Latina cinema’s continuing trend to take the chances Hollywood fears to gamble on.