” Yet what is any ocean but a multitude of drops?”

“Cloud Atlas” (2012) is not an easy film to understand. In this sense, it owes a debt to another film about time, space and mankind’s cyclical movement through both, Kubrick’s “2001: A Space Odyssey” (1968). Whereas Kubrick asked where mankind was going, directors Tom Tykwer, Lana Wachowski, and Lilly Wachowski seem to answer that wherever we’re going, we’ve been there before.

“Cloud Atlas” defies a simple plot summary.  It is essentially a series of interconnecting stories of people who live and die in different eras of time but who might be the same people reincarnated to face similar challenges repeatedly in an attempt to change the course of mankind’s fate. The truth at the heart of the film is that all of humankind are metaphorically like the multitude of drops that make up an ocean. We are all connected by the same needs for love and acceptance through time and how we give that love and acceptance to each other, or not, is what shapes human history. 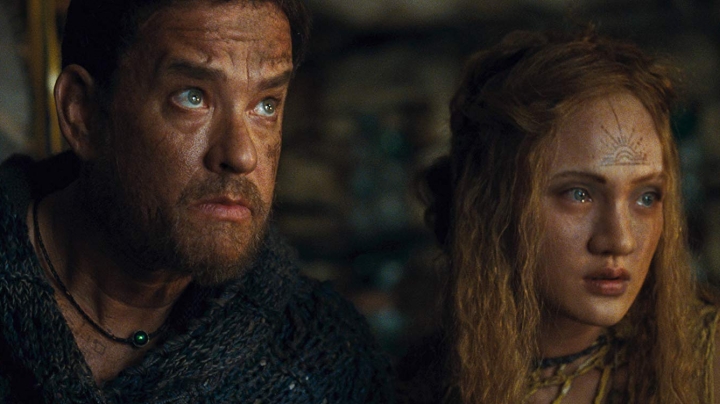 The common opinion at the time was that this book was “impossible to adapt for the screen” due to the convoluted plot. Without David Mitchell writing the screenplay with the Wachowskis, this would have probably been proven true but together they came up with a more linear story and a clever work around for the many similar yet different characters.  The Wachowskis should be recognized for their bravery in even attempting to take this project on and Tykwer deserves credit too for his work, particularly in the story about the assisted living facility.

“Brilliant or pretentious – or both? An avalanche of ideas cascade relentlessly in this full throttle and stimulating film that is often frustrating and overlong, as it puts forward its proposition that we are all connected.”

Most of the ensemble cast play multiple roles so that they reappear in each of the interlocking stories, although some are more successful in being human chameleons than others. Over fifty makeup artists were engaged in creating unique looks as the plot required and yet still keep each actor recognizable despite, in some cases, considerable prosthetics. The overall effect is something like a double exposure photograph where an actor is only disguised enough by makeup to suggest the character they are playing while still being recognizable as a previous character. It sounds complicated but when it works it’s dazzling and conveys the sense of how human lives are all connected through time without a word of dialogue.

Tom Hanks being cast in this film should be seen as the double-edged sword that it is. On one hand, his fame no doubt helped in acquiring production funding. On the other, his instant recognition detracts from his ability to blend from one character to another as the story requires. Also, the less said about his attempt at a Cockney accent the better when he attempts to play a gangster with literary pretensions. He is far better as the predatory Doctor Goose and later in the film, as Zachry, post-apocalyptic goat herder and keeper of the flame of human decency in the far future. 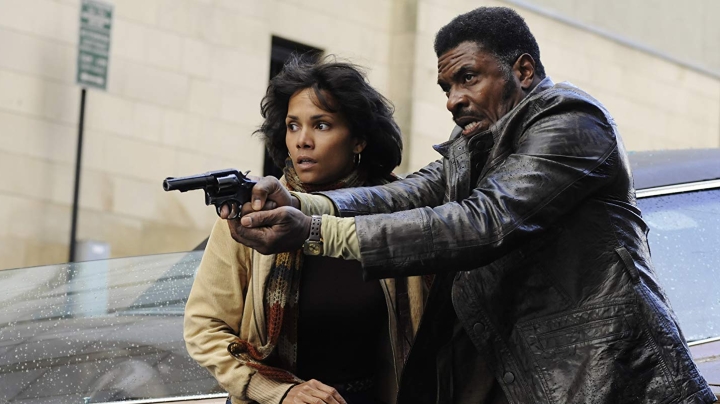 Halle Berry is astonishing as investigative reporter Luisa Rey and then as futuristic scientist Meronym. She is everything a woman superhero should be without the cape; smart, resourceful, strong and inspiring. Hugo Weaving continues as the Wachowski’s go-to guy for playing villains, and he remains one of the best in what he does. Jim Broadbent is so hilarious as elderly publisher Timothy Cavendish who is nefariously trapped in an elderly care facility against his will that he nearly stops the film dead. His adventures in eventually being reunited with his lost love (radiant Susan Sarandon) are so endearing the audience only leaves him behind to continue the journey through time with the greatest reluctance.

“Some will balk at its excesses, but breathtaking action, profound emotion and a dark sense of fun make this the most ambitious, original movie event in years.”

The heart of the connected stories of “Cloud Atlas” is the forbidden love between composer Robert Frobisher (Ben Whishaw) and physicist Rufus Sixsmith (James D’Arcy) set in the 1930s. Frobisher is selfish, demanding and abandons his lover to take an apprenticeship so that he might realize his ambition of composing a great work of music that would ensure his lasting fame. 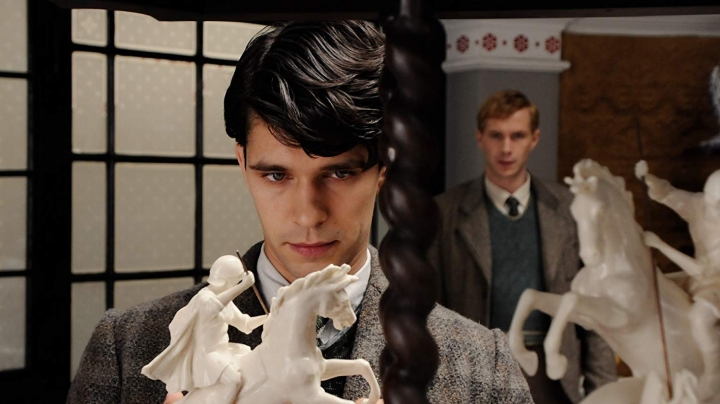 However, in his letters to Sixsmith he reveals his genuine feelings for him. Frobisher writes the “Cloud Atlas Sextet” which is heard throughout the film and was nominated for a Golden Globe award for Best Score. It begins with notes that are deliberately spaced apart to suggest the drops in the ocean that Mitchell references in the above quote. It then proceeds to gorgeously open up to a soaring melody suggesting yearning or reaching for emotional connection.

“Cloud Atlas walks a crooked line between the glorious and the ridiculous, its reach unencumbered by sensible decisions or restraint.”

Frobisher’s last letter heard in voiceover read by Whishaw as his lover finds his body is emotionally devastating. Doona Bae as clone rebel leader Sonmi-451 is touching in her self-awareness as a martyr to the cause of freedom in a future version of Korea but she lacks the charisma that such a leader would doubtless possess. She is heartbreaking in her discovery of the true fate of other clones, or fabricants, like her and her desire to taste human experience as much as she can in the little time she knows she has. Her last testament before her execution echoes the desire for human dignity that the replicants of “Blade Runner” (1982) fought for. She becomes a lasting symbol of hope to the people of Hanks’ ruined future Hawaii even though they no longer remember her story. 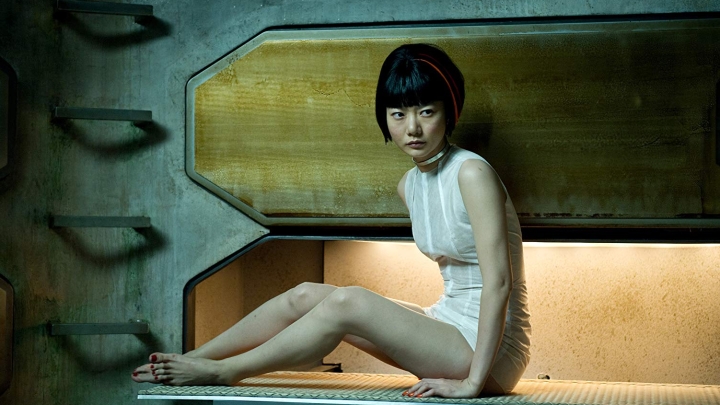 When “Cloud Atlas” opened at the 2012 Toronto International Film Festival it received a standing ovation. It is common knowledge that one of the Wachowskis was transgender at the time and it could only be imagined how it must have felt for them to struggle for years to bring a story of acceptance and freedom and receive such affirmation in the context of the LGBTQ community. They are now both transgender and continue to be a creative force together. It should also be noted that Tom Tykwer is now a composer for the series “Babylon Berlin” (2017-). If you haven’t yet seen it, please do. It’s a treasure.