“Mythology is to relate found truth to the living of a life.”

A young girl has extraordinary skill in the defensive arts. She is independent, smart, humorous; in short, everything a mythic heroine should be. “Brave” (2012) captures the lush countryside of ancient Scotland in vibrant tones of green, brown and blue. We anticipate an epic journey for our heroine worthy of Joseph Campbell in the great tradition of Celtic folklore but are ultimately disappointed by a pedestrian plot that was clearly so much more at some point but has been reduced to clichés and confusion.

At the heart of the film is the relationship between teenage Merida (Kelly MacDonald) and her mother Elinor (Emma Thompson). Like so many others in a Disney/Pixar production, Merida is a princess on the cusp of being married. Of course, she has objections to this plan, even as her mother and father, King Fergus (Billy Connolly) proceed to invite the other clans to their castle for a formal announcement of her pending betrothal to one of their lucky suiters. Merida rebels against her fate and lives to regret her hasty decision to enlist a local witch (Julie Walters) for help in freeing her from what she sees as her mother’s control over her life. 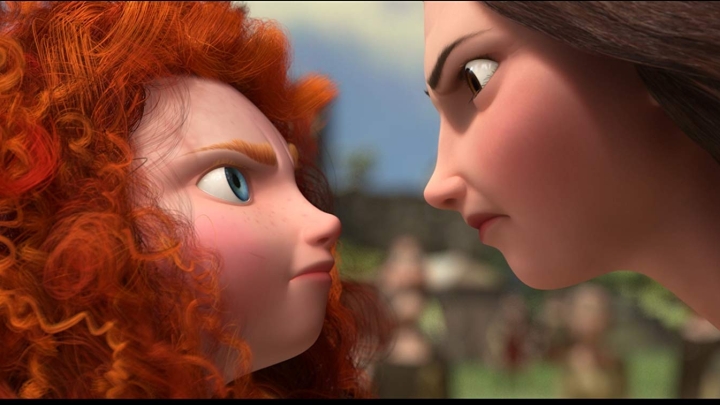 If this sounds like a trite retread of a standard Disney formula, it is, but there are tantalizing glimpses of how “Brave” could have been so much more buried in certain aspects of the film. Certainly, it does not seem very brave to simply have a tantrum against one’s parents, but the plot shows signs of having been altered along its four years of development, much to its deterioration.

“Not the best tale Pixar has told, but is still a much better and more thought-out one than most would put into a kid’s film.”

Connelly is simply the best part of the film. His fatherly king is warm, funny and when, his family is threatened, indeed brave. He tries his best to lead his fellow clansmen in a rousing musical number about the supernatural bear he defeated in battle at the cost of one of his legs, but it’s just not very memorable. Inexplicably, the music of Mumford & Sons was delegated to play over the ending credits when they would have been perfectly suited to provide the tune for this scene. None of the music is up to the quality of other Disney/Pixar productions, although there is a sweet lullaby. 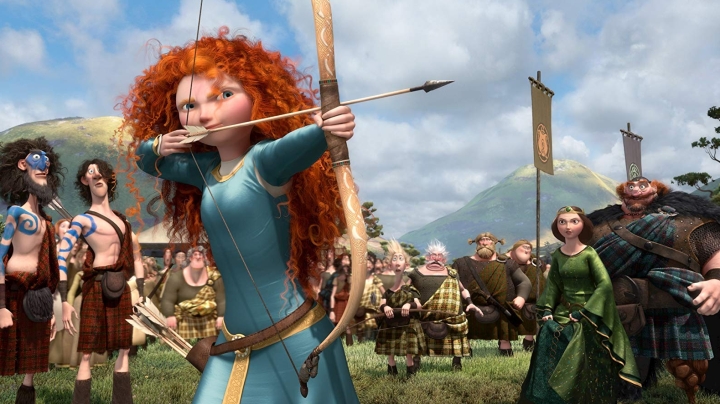 Emma Thompson considerable talents are wasted in only having a few chances to bring her character to life. She and Connelly share brilliant comedic timing in one scene where she rehearses with him a difficult discussion she must have with their daughter. She also lets herself go in a passionate argument with Merida about her future that sets the rest of the plot in motion. Unfortunately, the film seems unsure at times whether it is Elinor or Merida who is the true heroine and neither have enough character development to solve that issue.

“A film that truly lives up to its name, Brave gives animated princesses a much-needed reboot.”

Kristal Cooper, We Got This Covered

Also, there are so many mythical creatures who could have been introduced to give Merida truer epic challenges she could rise to meet. The bear who attacked Fergus turns out to be a cursed prince which is just another cliché and lost an opportunity for a more meaningful heroic adventure for her. Also, a special note should be made that Lord Dingwall is played by Robbie Coltrane and Lord Macintosh (yes, like the Apple computer. Pixar was founded by the late Steve Jobs whom this film is dedicated to.) by Craig Ferguson. Both are given little to do but they make their brief time on screen hilarious. 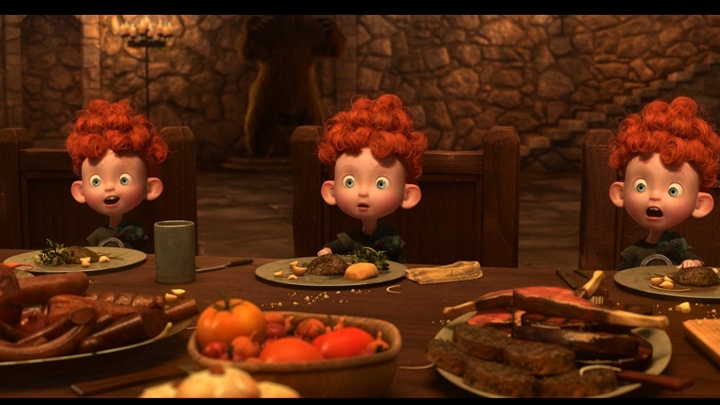 In the years since the release of “Brave,” the story of how director Brenda Chapman was replaced by Mark Andrews has come to light in comments made by Chapman herself. Although she shared the Oscar with Andrews for best-animated film, she has said that “Brave” remains a “bittersweet” experience for her. This is especially poignant since she was inspired to create Elinor and Merida from her relationship with her daughter.

“Princess Merida comes across as quite fascinating to watch. It would be fun to see a sequel about how she matures as a leader.”

Chapman had previously co-directed “The Prince of Egypt” (1998) for DreamWorks, which was a beautifully crafted film with a lovely score by Hans Zimmer. She also has writing credit for “Lion King (1994) and “Beauty and the Beast (1991) but since “Brave” she has had only one other film project. This is a shame but there is the hope of a new project titled “Come Away” which is in post-production and slated for release in 2020 according to IMDB. Chapman deserves many more creative opportunities and maybe someday will give her fully developed vision to a truly heroic epic.