With her third feature film, Maren Ade announced herself on to the international scene during 2016, with her robust, confounding comedy of delicate, deliberate and disastrously strained parental ties. A thematic notion achieved with such success is not often seen in cinema, capturing the fraught emotional bonds of a career-driven daughter and her aloof father. As varying dynamics exist in relationships between adulthood and childhood and vice versa, very few directors have successfully articulated and dramatised them as well as Ade. A remarkable cinematic achievement, creating a film that is deeply human and tragically nostalgic and profound whilst absurdly comedic.

Ade’s film focuses on the experienced practical joker Winfried Conradi (Peter Simonischek) and his estranged workaholic daughter Ines (Sandra Hüller), with the former attempting to bridge a gap between the pair. As futile as it seems, with stark and frustrating rejection at every turn, Winfried never loses sight of the distant reconciliation he hopes to have with daughter Ines. Delving into her almost non-existent personal life and her busy career, which is seemingly close to real significance, Winfried only serves to push her further with his screwball antics. Slowly chipping away at layers of her subconscious with his in-jokes, stupid humour and deliberate gaffes he continues to work on Ines, like a joke store psychoanalyst.

In essence, the film is about remembering better times in a parental relationship, heralding back to a deeper connection in childhood. With Winfried using physical comedy and buffoonery to evoke nostalgia in his now straight-laced adult daughter. Endearing in its hope, the film weaves a delicate fabric of paternal ties and working behaviours within Europe together through a plot that exposes Ines mostly as a determined, driven character with little time for friendships or emotional commitments in general.

“Never predictable and always genuine, Ade brilliantly captures what it’s like to be the frustrated daughter of a loving-but-inappropriate father.”

Much of the film’s success comes from its utterly draining capacity to establish this strained push-pull relationship between Winfried and Ines has happened before, though mostly only through suggestive symbols and metaphoric sequences. Location plays a pivotal role in this suggestive mode of storytelling, with involved spaces resembling the tussle between modern and traditional influences. Again, often signalling to a form of nostalgia between the pair, longing for a time where more translatable happiness was possible, be it through a designer cheese grater or a Bulgarian Kukeri costume in an expensive apartment, hidden meanings and messages are packed into each scene. 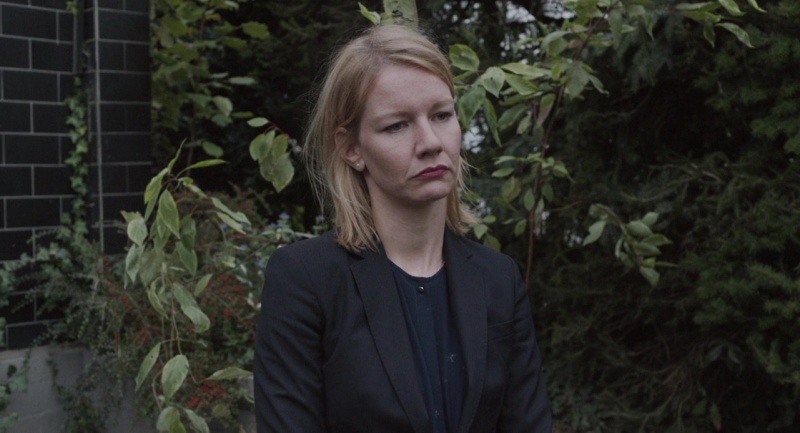 Whilst “Toni Erdmann” is, on one hand, the story of a father trying to revive family ties between his daughter, it could also be viewed as the story of a lonely man inserting himself perhaps selfishly into the life of someone who has moved on. Perhaps as the film walks a tight rope of deftly balanced acts of comedy and tragicomedy, the breakthrough is made on both fronts, the lonely father regains a daughter, and the harden daughter finds laughter in life once more. What is established is a firm palatable range of emotions that bind both characters together, no matter their surroundings they have an awkward magnetism. This awkwardness serves as the comedic vehicle, like an episode of “Curb Your Enthusiasm” from a parallel dimension, the audacity of Winfried and the blunt disdain of Ines so well calculated.

“In less capable hands, it could easily become a saccharine family fable or a gross-out comedy, but Ade manages to find her own strange niche, bolstered by some memorable set pieces.”

Almost like an apparition from a forgotten, tossed aside past, Winfried appears out of the blue, the unprepared Ines is engaged in several high profile business deals that seem to be her only priority. Transpiring to be much more than the dutiful family rendezvous, Ines reacts as if subject to ritual humiliation by a lurching, trite father suffering the pangs of boredom. Though Ade doesn’t present Ines’ world as cold or cruel and that of faceless corporate oppression, the sentiment is implied that by extension of ambition in such a world, humanity is partially, if not majorly sacrificed. 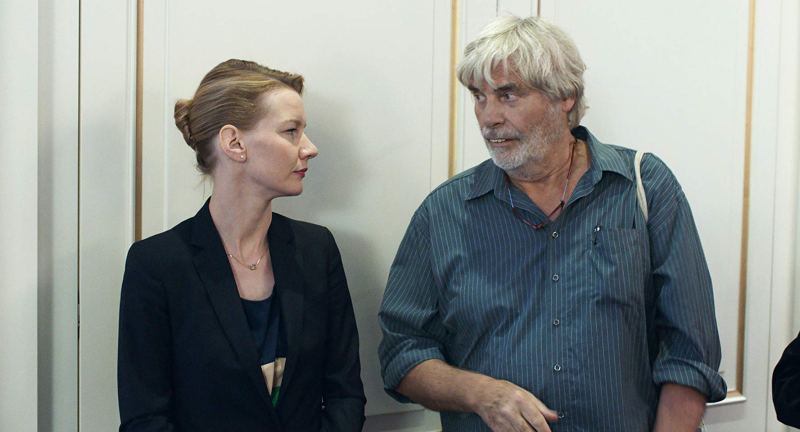 The deadpan approach of Winfried only exasperating for Ines, his comedy a banality she feels she cannot afford. Consequently, papa Conradi’s perseverance, born purely from unconditional parental love, wins over his daughter, who appears worn down by father and career, opens up to him and ultimately others in hilarious fashion, through a Bulgarian folklore get up and a bizarre naked brunch party.

“If the 162-minute film threatens to wear out its welcome, [director Maren] Ade brings everything home with a humanist’s light, loving touch.”

For Maren Ade, Toni Erdmann generated much acclaim from its festival run, specifically at Cannes 2016, where the film was awarded the FIPRESCI award. Whilst her prior two films, “The Forest for the Trees” (2003) and “Everyone Else” (2009) both received a modest reception, “Toni Erdmann” has been scheduled for an (albeit unnecessary) Hollywood remake. The film may have a daunting three hour run time at first glance but it is very much as good as was suggested upon its release.