In 1992 Sandi Tan set out to make Singapore’s first road movie with the assistance of her friends Jasmine Ng and Sophie Siddique, as well as her mentor a much older man called Georges Cardona. Cardona was an enigmatic man who claimed to be the inspiration of James Spader’s character in “Sex, Lies and Videotapes”. To Tan, he was someone who saw her potential as a filmmaker and helped shaped her love for independent film. Cardona knew his cinema, but he was a magpie simply picking things up that didn’t belong to him and claiming them to be his own.

The plot of Tan’s film followed a young woman (who was played by Tan herself) who goes on the run after committing a crime. Along the way she creates new friends, picking up stray children like a pied-piper character as she travels across Singapore. This was a road-movie set in a country which takes about 40 minutes by car to travel across, so already Tan was achieving the impossible. This was pure Guerrilla filmmaking in action, as Tan and her small crew shot on the streets used non-professional actors and worked on a shoestring budget which came out of the pockets of the three young women. 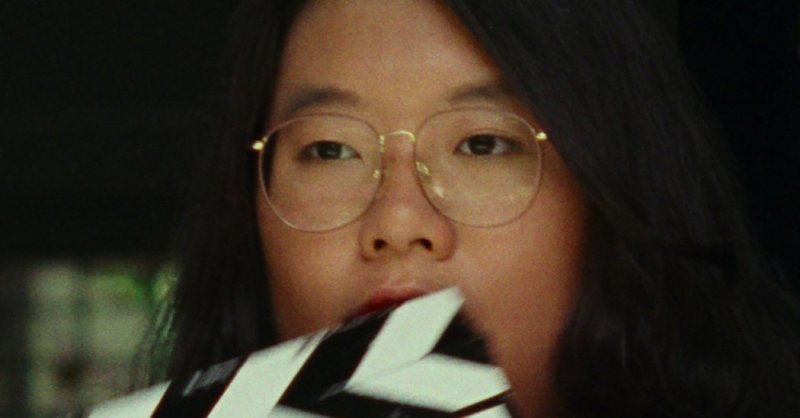 “Like Tan’s original 1992 script, Shirkers is beautiful, complex, and haunting. It deserves to be seen.”

In the film, we see a glimpse of Singapore before the economic boom, the untouched beauty of a country forgotten to time. With its avant-garde narrative and multiple references to films from the French New Wave, Tan’s film feels like a film student’s love-letter to cinema as a whole. However, it also feels so ahead of its time, so groundbreaking, raw and fresh in its approach to filmmaking. It could have gone on to change the cinematic landscape of Singapore, perhaps even South-East Asian cinema as a whole. However, we quickly find out that this was not the case.

Cardona took on the role of director, but he was more like a dictator forcing his total control over Tan and her fellow film students. Once the filming had been completed, Cardona took all of the film stock and just vanished into thin air. Tan heard from him once more, but then he disappeared into the folds of time along with her dream of the road movie known as “Shirkers”. Luckily, Ta never gave up on her passion for cinema and she went on to became a film critic and later enrolled in film school at Columbia. 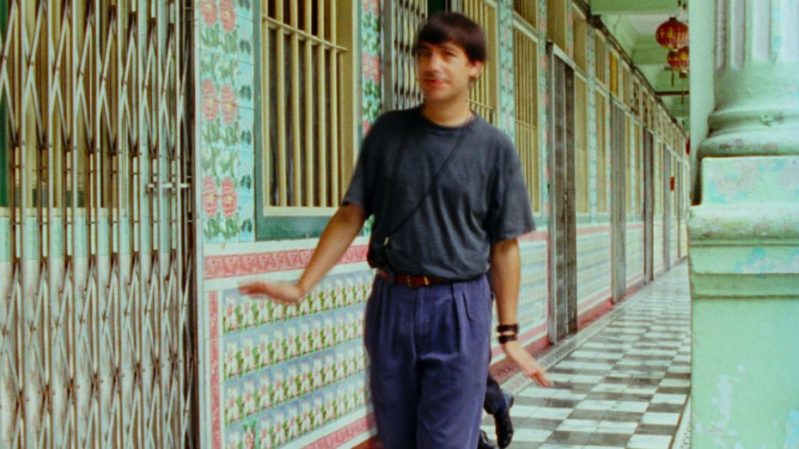 Of course, the story doesn’t end there. Years later we follow Tan as she recalls the events of the film’s production and its inception, as she tries to put the pieces together. Who was the real Georges Cardona and more importantly where was her film? During her travels, Tan retrieves the lost footage but the film’s audio track remains missing. Cardona had kept the 70 reels of unedited footage in pristine condition, but he never edited the film. The reason for this died along with Cardona in 2007.

“It sends you wondering at all the wild creativity and genius of young irrepressible women lost to time, held up or buried by the domineering egos of men.”

Interlaced with Tan’s recounts and interviews with those who are involved in the story of the film, we see the 16mm footage of her film. It’s a bright, colourful film which captures the light and energy of a young filmmaker who wasn’t afraid of putting her dreams out there into the world.  Seeing this grainy footage with its missing sound creates a surreal, dreamlike movie which seems to transcend time itself.

“Shirkers” feels like a very timely film, one that taps into the frustrations of so many female, transgender and non-binary creative indviduals who have been pushed to the sidelines for many years and who have had their hard work ignored and their efforts being forgotten in favour of praising yet another male filmmaker. Tan’s experience is one that too many of us have encountered in the past, a man barging his way in and claiming our work for his own. It will leave you recounting all the times you were talked over, all the times you were laughed at for proposing an idea or giving a suggestion, and all the times you were subjected to some good-old-fashioned mansplaining. One is certainly left feeling their blood boiling throughout the film.

“There is a sense of relief at the end of the documentary that feels like the first big breath of fresh air after stepping out of a therapist’s office.”

And while it’s clear that Tan is angry, this emotion never blinds her and it never bleeds into the documentary. Anger isn’t something that she allows to dominate her. Instead, “Shirkers” is a reflective piece of filmmaking and we get the impression that this film helped Tan recover from the experience she encountered with Georges Cardona. And, what of this mysterious Georges Cardona? We discover so much about him by the end of the film, that the illusion of this great creative force melts away to reveal a deeply insecure man with an inflated and very fragile ego.

Tan’s film may have never got a chance to be brought to the big screen, but with her documentary, the story continues and the hard efforts of all those involved in the making of “Shirkers” will never go forgotten.