Director Virginie Gourmel’s feature debut, “Cavale”, has the performances, the visual look, and the concept to be a great film, but it is ultimately thwarted by being an experience that’s all too simple and hollow.

The film follows Kathy (Lisa Viance), a young girl who is thrown into a psychiatric facility by her father after her mother dies. Feeling trapped inside this new “prison” and being angry at her father for sending her away, Kathy decides to escape when a prime opportunity arises. However, she doesn’t leave alone as her two roommates, the wild Nabila (Yamina Zaghouani) and the shy Carole (Noa Pellizari), quickly follow her out of the door. Even with Nabila and Carole sidetracking her with their drug-fueled antics and abrasive personalities, Kathy is on a mission to confront her father and deal with their unresolved feelings.

“I can appreciate the choice to not use much score as it adds more realism to the group’s journey and sucks viewers in easier.”

Based on the film’s premise, you would expect some solid thrills as they evade the obvious police presence that would come from the group stealing someone’s car and escaping from a psychiatric facility, but that doesn’t happen. Honestly, there’s such little conflict and worry to be had that it’s almost as if no one cares that they even left in the first place. There’s such little tension throughout most of the film that it ends up being a pretty dry watch with very little energy to it. Even the character dynamics present conflict with Nabila constantly making fun of Carole’s weight and the two of them making roadblocks and issues for Kathy, but never really creates any. Rather than put viewers on the edge of the seats or make their palms sweat, “Cavale” barely makes them inch up in their seats.

Even without the strong connective conflict, the film is still a relativity watch because of the solid performances from the trio of leading ladies. Zaghouani and Pellizari play up their character’s wilder and more rebellious personalities well and Viance does a great job bringing out Kathy’s inner demons and making her an easier character to get behind. There are even some nice bonding moments between the group that allows for some character development to occur as they see the physical damage that Kathy’s issues have left her, and they talk about the issues they’ve faced. 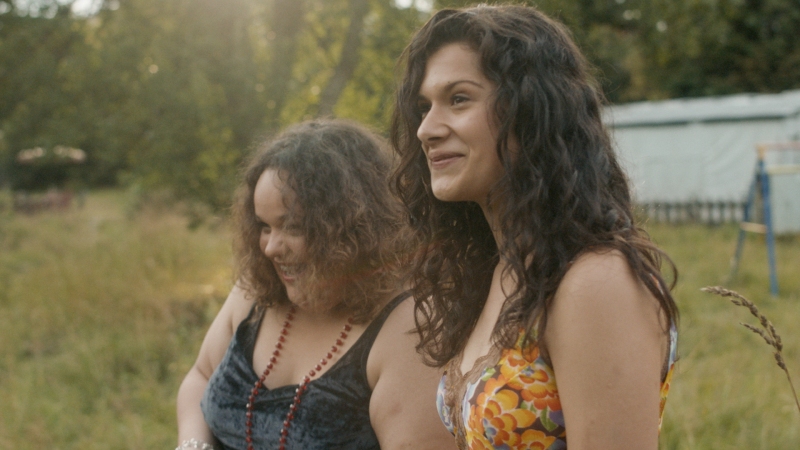 All of this is also captured nicely with Gourmel behind the camera and the simplistically natural cinematography from Juliette Van Dormael. Not to mention, I can also appreciate the choice to not use much score as it adds more realism to the group’s journey and sucks viewers in easier. However, all of this is mostly undone by how unlikeable the characters are.

Frankly, it’s just hard to feel bad for characters that steal, kidnap, and even give drugs to kids  without any sort of moment that maybe makes them question what they’re doing. Even the strengths with some of their character building and the relationships with one another feels lost at times because of how it hard it is to sympathize with them. There’s a moment where Nabila has the opportunity to finally help Carole after they reconcile their differences, but it’s totally botched because the film doesn’t commit to having Nabila do anything and it totally goes against the arc the film was building for her. Not to mention, Nabila and Carole’s story kind of just ends and there’s no satisfaction to its conclusion.

The same at least can’t be said about Kathy’s story as her arc is stronger and takes some interesting turns. The group eventually acquires a young child, named Noah (Alessandro Mancuso), and he and Kathy actually develop a very comforting relationship. I can appreciate the level of mature direction that Gourmel gives to Mancuso and it leads to some nice conversations between the two are a little too charming to resist. Even the storyline with Kathy and her father takes an interesting turn that makes her journey more meaningful for her that I kind of enjoyed. 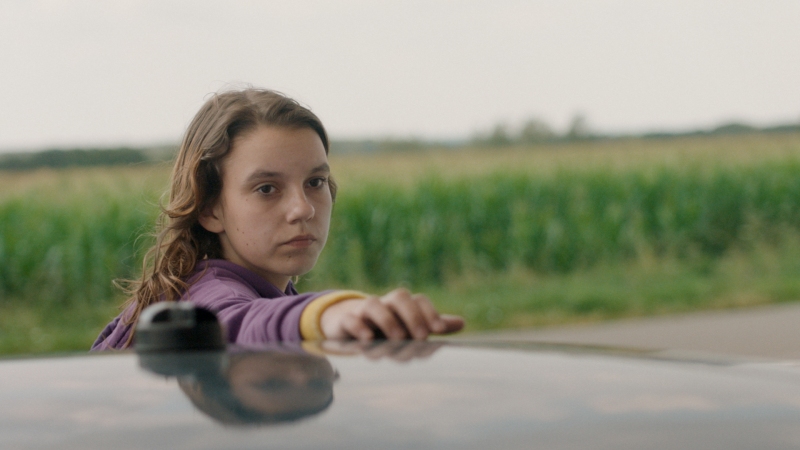 However, the suicidal aspects of her story, while very visceral and real, lacked much meaning for me because the film doesn’t say much about it or the idea of depression at all. It’s kind of just used in order to create tense moments but doesn’t give any substance to Kathy or really anyone else. With more substance or thought-provoking moments, “Cavale” could’ve been something more than just the straightforward road-trip that it is, but since it lacks this kind of complexity, that’s all it’ll ever be.

Gourmel’s feature debut isn’t short of fun moments and solid performances to be a perfectly fine watch, but it’s missing other complex ingredients to make its main group’s escape more interesting. It’s the kind of film that has a strong bark, but a weak bite.