“Lady Bird.  Is that your given name?”

The titular character of Greta Gerwig’s coming-of-age classic, “Lady Bird” (2017) is equal parts pretentious and endearing.  Lady Bird – as stated above, a name given to herself by herself – navigates her senior year of high school and the many relationships encompassed within it. The premise of the film is simple. A coming-of-age story. But what is extraordinary is how it taps into the humanness of growing up. “Lady Bird” for me is what “Boyhood” (2014) did for my brother. It held up a mirror to my most vulnerable truths, and actually made me feel okay about that.

Lady Bird, portrayed so earnestly by Saoirse Ronan, is dramatic. “Come here often?” she asks her crush in the grocery store as if they are gender-bending roles in an old Western. She calls herself from the wrong side of the tracks when there are literal railroad tracks to get to her house. When her mom gives her a hard time, she flings herself from a moving vehicle to get away. But her dramatic nature just highlights how isolating and grand everything feels at that age. You are stuck in the middle of who you were and who you are going to be. The only way out if just to live through it.

A coming-of-age story like no other, Lady Bird is smart, emotional, funny and completely original. Rarely has a directorial debut been so assured, so singular and so heartwarmingly affecting 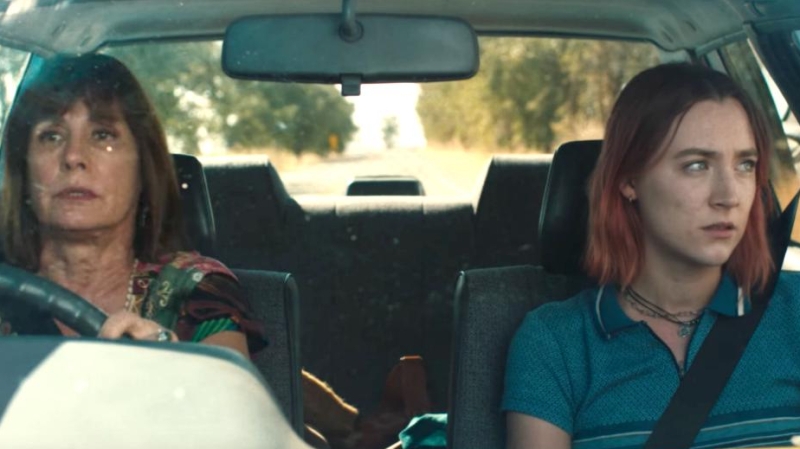 Lady Bird is the personification of that time. When you are both equal parts sure of yourself and doubting everything you do. What Ronan does with the character, going hard in a moment and then recoiling into herself the next line, shows that rapid oscillation between those two states of being.

Not only is there uncertainty about self, but there is also uncertainty in how you relate with others. Yes, there are two male love interests in this story, played by Timothée Chalamet and Lucas Hedges. And yes, there is a moment where Lady Bird and her best friend Julie cry about one of those boys in a car listening to “Crash Into Me” by the Dave Matthews Band in the most relatable moment ever. But that love, and those relationships are not what make this film special. There are two key relationships, outside of Lady Bird’s relationship with herself, that push this film into a stratosphere rarely seen.

The first, is her relationship with her mother, Marion (the always brilliant Laurie Metcalf). It is a tumultuous relationship. There is clearly a love there, but more often than not, their interactions always lead to a fight. Marion wants what is best for her daughter, and at times, that want feels suffocating to Lady Bird. On the other hand, Lady Bird so desperately wants her mother’s approval, that their views of each other hurts.

A heartfelt coming-of-age story that perfectly captures the bittersweet transition from adolescence to dawning adulthood..

There is a scene where Lady Bird tries on prom dresses. Marion finds something wrong with each one. Then, Lady Bird finds her dress. Marion still has reservations about it, so when Lady Bird slinks back into the dressing room, she laments to her mother that she wishes she liked her. “Of course I love you,” Marion instinctively responds. “Yeah, but do you like me?” There is no interaction that hurts more in the entirety of this film than that. Gerwig so perfectly gives both mother and daughter honesty without judgment. It’s a moment that resonates. 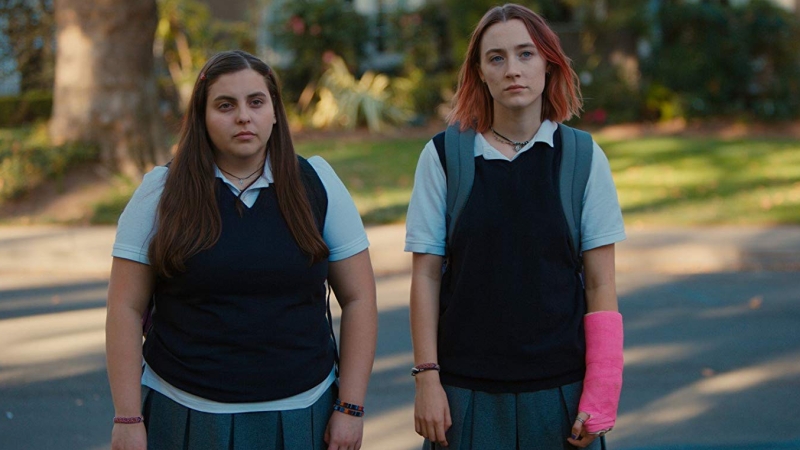 The second, and arguably the most important relationship, is that with her aforementioned best friend, Julie (a scene-stealing Beanie Feldstein). They are ride or die best friends: crying in the car over boys, trying out for the musical together, enjoying the lunches Julie’s mom’s boyfriend makes for them. And with any long-term relationship, they reach a snag. Lady Bird is infatuated with a popular boy and, by proxy, becoming a popular kid herself. Julie is just trying to graduate and uphold her commitments. They fight. They take a break.

Never has the tug of war mother-daughter relationship been so brutally honest on film.

But towards the end of the film, as Lady Bird discovers the hollowness of her new “friends,” she decides she wants to go to prom and wants to be with her friend Julie. “Who’s Julie?” “She’s my best friend.” The reuniting of this pair is the most magical. It is the part in the rom-com where the cisgender straight guy finally gets the cisgender straight girl. But with this reunion, it is the most satisfying. Finally, these two who truly love and care for each other are back together. For good. It is the greatest love story of the whole film. 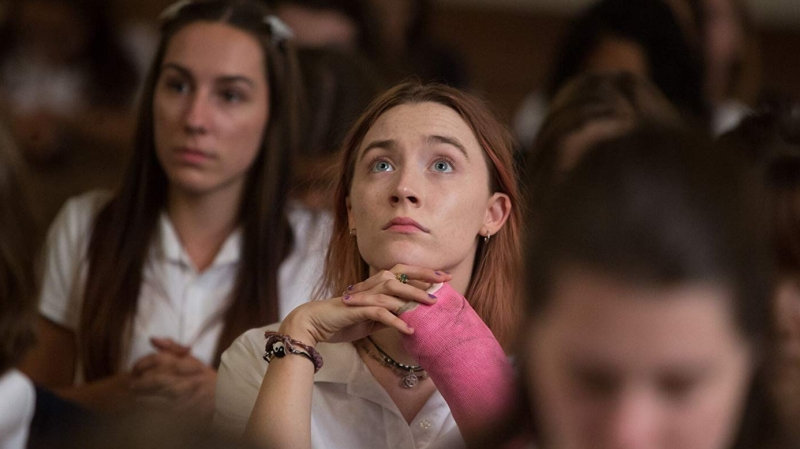 “Lady Bird” is a love story. Love for your friends, your family, yourself. The plot appears very simple. But Gerwig uses the simplicity to her advantage. She allows full, actualized people to come to life, giving us space to love them and ourselves. And that is what makes “Lady Bird” truly the best film.