2015. It had been 10 years since the Star Wars saga had wrapped up with 2005’s “Revenge of the Sith”. There I was standing in a massive line around noon waiting to get into a 7 pm showing of “Star Wars: The Force Awakens”. The first outing post-Disney buy out. No one quite knew what to expect. Reviews hadn’t gone live, advance screenings started at 3pm, the script had been kept tightly under wraps, it was all up in the air.

The marketing at this point had all eyes on Finn as the supposed new Jedi of this trilogy, with Rey as the leia type character. Portrayed by Daisy Ridley, nothing was known about this character, other than she was a scavenger who played into the story somehow. Little did we know she would actually be the main character of this new trilogy. So it took everyone by surprise when at the end it was her wielding the lightsaber in the climactic battle against Kylo Ren play by Adam Driver.

Rey isn’t perfect. She’s constantly shown to be struggling with her anger and constant desire to find belonging. Despite not being perfect she remains the moral center of the story and isn’t portrayed in a negative light.

Star Wars was no stranger to strong female leads, the series had given the world Padme Amidala portrayed by Natalie Portman, and of course what would the world be without Leia Organa portrayed by Carrie Fisher who had been promoted from Princess to General by the Sequel Trilogy. Rey represented a paradigm shift for the series, never has a female Jedi or a female character in general been the central focal point of this beloved series. To see Rey fight alongside her allies in the search for Luke Skywalker in “The Force Awakens” was a real treat. Her work was far from over. 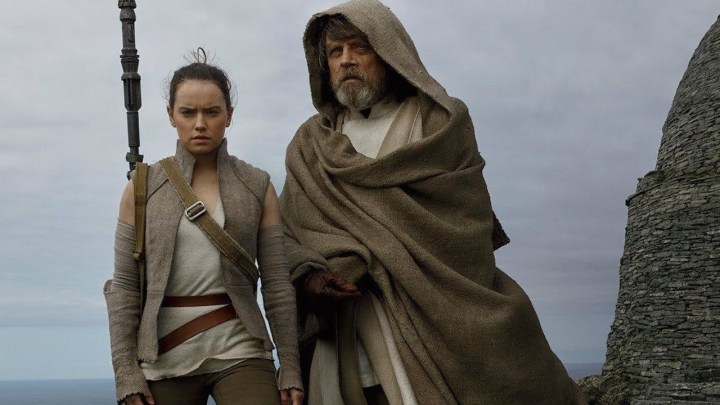 In 2017 Disney released “Star Wars: The Last Jedi”. The filmed followed Rey and her training with Luke. The film proved controversial in the aspect that Rey quickly became adjusted to her new force powers and soon seemed to be a competent Jedi by the end of the film. Words like “Mary-Sue” were thrown around in an effort to discredit the character and her journey. She experiences a wide range of emotions and experiences throughout the film including loss, confusion, anger, happiness, and most importantly hope. She represents independence. Throughout the films she is told she is a no one from nowhere and this is a central theme that “The Last Jedi” tries to get across, you don’t need to come from a prestigious background or history to make a difference.

Rey proves that even in a world where everything is against you, you can remain strong and prevail against all odds. The Force will be with you always.

Rey isn’t perfect. She’s constantly shown to be struggling with her anger and constant desire to find belonging. Despite not being perfect she remains the moral center of the story and isn’t portrayed in a negative light. Her weaknesses become her strengths. Her need for belonging finds her as a disciple under the legendary Luke Skywalker. Her anger helps her and Kylo Ren clear out Snoke’s throne room guards in the climactic lightsaber battle.  It’s important that she’s shown to have these weaknesses and fears because it makes her strengths and triumphs ever more important.

Which leads us to the upcoming release of the final installment of the Skywalker saga: “Star Wars: The Rise of Skywalker”. The film promises to wrap up the story of Rey and her friends and close the book on a beloved franchise that’s been with us for over 40 years. Where Rey ends up remains a mystery until this weekend but there’s no doubt in my mind that she will leave an impact on this galaxy far, far away. Rey proves that even in a world where everything is against you, you can remain strong and prevail against all odds. The Force will be with you always.