If you’re looking for a film dense with plot and incident, then Céline Sciamma’s “Portrait Of A Lady On Fire” is not what you’re looking for! If, however, you fancy a slow-burn period drama that perfectly realises the initial trickles and then tidal wave of new love, then you have indeed come to the right place.

Héloïse (Adèle Haenel) is a rebellious rich girl who refuses to sit for a portrait, driving artists away in despair (the reason for this becomes all too apparent, all too quickly). This habit doesn’t sit well with Héloïse’s mother, the fearsome Countess (Valeria Golino), as said picture will effectively serve as the audition for marriage to a Milanese nobleman. Therefore, the desperate matriarch asks Marianne (Noémie Merlant), a young painter of some repute, to travel to their chilly island home in Brittany to paint this faceless woman covertly. 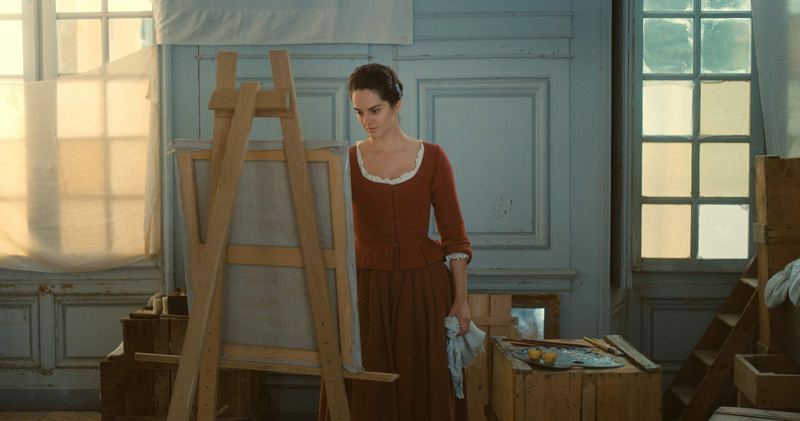 Under the watchful eye of cinematographer Claire Mathon, our leads meet on a bleak but starkly-beautiful isle, wind lashing at the noble house and the ocean crashing into sheer rock face. Marianne is like a detective in these early scenes, arriving at a strangely empty, chilly home and being assigned her case. It is quickly revealed that both the painter and her semi-captive subject are both lesbians, with the two women beginning a passionate love affair, and enjoying domestic bliss to the point of even adopting the young housemaid (an adorable Luàna Bajrami) as their surrogate daughter.

“Portrait Of A Lady On Fire” is a wonderfully subtle, minimalist film, one that trusts the audience’s ability to pick up on the slightest glance, the coyest smirk. It’s also worth nothing that the director is herself a queer woman.

As this is a lesbian romance set in 18th century France, our heroes face a probably-fleeting relationship, quite possibly only lasting until the Countess returns from her holiday. But it’s important to note that this isn’t a harsh coming-out drama – Marianne and Héloïse’s fast-developing relationship is tender, sexy and rich with humour. There’s a vein of sadness throughout, to be sure, but their scenes are often very playful. Many viewers will get a wry smile from an erotically-placed mirror, or quite possibly the best fingering scene of the decade (it’s this or “The Handmaiden”). Sciamma – fresh off global adulation for her previous film “Girlhood” – is on fine form here. 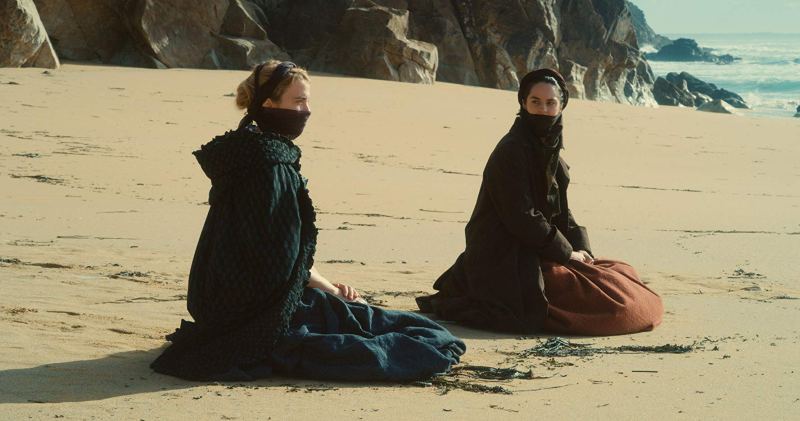 “Portrait Of A Lady On Fire” is a wonderfully subtle, minimalist film, one that trusts the audience’s ability to pick up on the slightest glance, the coyest smirk. It’s also worth nothing that the director is herself a queer woman, having known Haenel as a partner both professional and romantic, and reminding us that queer and trans folk should be taking the lead on LGBTQ+ cinema.

Be warned though. You may shuffle away from the film a blubbering wreck.