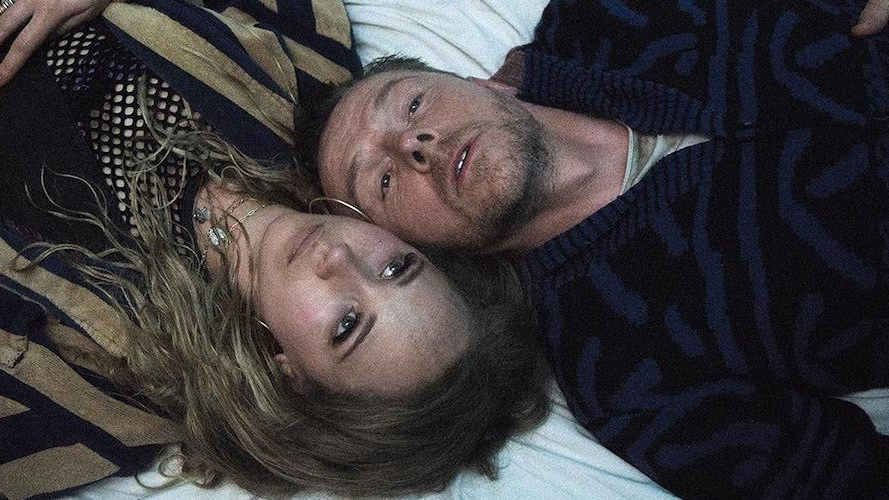 Moving drama “Lost Transmissions” (2020) is Katharine O’Brien‘s debut feature about one man’s struggle with schizophrenia in a healthcare system ill-equipped to help.

Theo (Simon Pegg) is a music producer who stops taking his medication and begins a rapid downward spiral, losing grip on reality and getting into increasingly dangerous situations. His friend Hannah (Juno Temple) chases him through LA and psychiatric institutions to try to get him the support he needs but is thwarted by an inadequate healthcare system.

Based on writer-director Katharine O’Brien’s experiences of trying to support her own friend who went off his medication, the film is deeply affecting. It highlights the difficulties that people suffering from mental health conditions, and their loved ones face.

I spoke with Katharine at the Glasgow Film Festival 2020.

Caz: What were the benefits or difficulties in representing such a personal experience on screen?

Katherine: It is great to be able to draw from personal experience and not worry about getting it wrong because you were there and you’re just representing it as you experienced it.

But the biggest creative hurdle was that it initially existed as much more of an ensemble piece with the group of friends. So Hannah is an amalgamation of a lot of people. She’s not me, but I wanted to distil it down into one person’s experience. I didn’t feel like we’d go as in-depth emotionally if it was dispersed between a bunch of people.

Did you have to take any liberties with your storytelling?

I had to take liberties in terms of inventing this character. I just imagined her being somebody that he would come across in his life But some version of every scene did happen. There were times where my friend got into altercations and the police arrived. And he did wind up at some movie star’s house at a Hollywood Hills house party. So they all folded into the narrative that we needed it to. 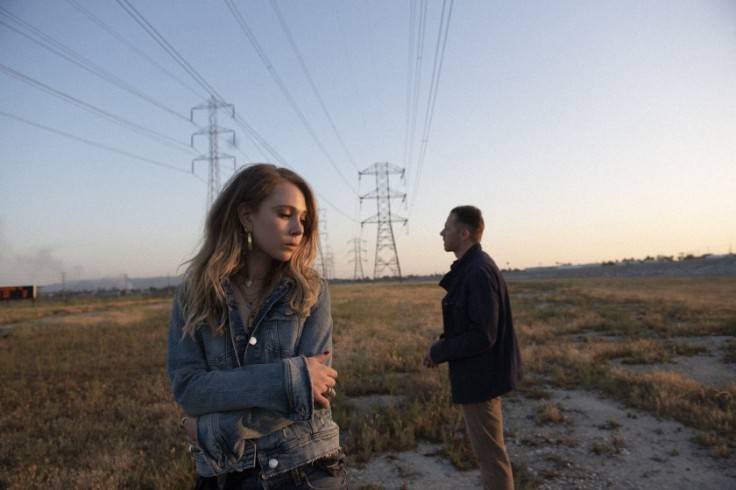 Was your friend ok with you putting this on the screen?

The first thing I did was ask him if he wanted to share his story because it was so personal, it’s something that I not only wanted his blessing but his consultation which he did throughout the script.

Were there any scenes that you were particularly concerned about getting exactly right given the depth of the subject matter?

I think the scene where Juno visits him in the hospital and they have that argument that goes back and forth. That was important to me because that scene unfolded almost verbatim between me and my friend.

I felt that it was such a clear example of how you can’t reason with somebody who is in that state. You can’t tell a person they were wrong and what they’re imagining is not true.

Was it difficult to get that long scene all in one take?

We got it in the first couple of takes because Simon and Juno are so good and we had rehearsed a bit. But it’s more about getting our technical stuff right at that point.

What were some of your inspirations?

It’s influenced by the films of the Czech new wave and it’s grounded in realism. Those sort of dissenter films like Miloš Forman’s “The Fireman’s Ball” was a major influence and he later did “One Flew Over The Cuckoo’s Nest”.

There are a lot of things operating in the film that might be more subtle, like going down the rabbit hole, that long staircase going down. And going into that pool. They say that water represents your emotions so you connect into her emotional place and as she plunges in it’s like she’s going down into the id.

Did you have to be careful to look after people’s emotional states on set?

I worried about that. I also worried about mine. But we had such a loving crew and everyone was so on top of things that when it came down to the day it became about the craft. But for Juno it was sometimes difficult to come out that place of having these anxiety attacks. Taking time with her after those takes to shake it out and come down was important.

Do you find people share their stories of mental health with you when you talk to them about the film?

Every screening. And that’s what means the most when someone says “my ex-wife was schizophrenic and you got it right”. Simon screened it for the father of person it was based on and he told Simon he got it “terribly right”.

How do you hope people will be changed after they see this film?

I definitely hope that people connect the problem of homelessness which is so rampant in the states, with mental illness. I’d really like people to walk away with a different knowledge about how much more work we need to do to revise the mental healthcare system and vote accordingly next time.

Mental health problems are indiscriminate but it’s people who are the poorest who can’t access the care that they need.

That’s why I wanted Simon and Juno to have these different experiences with medication. People who need medication can’t afford it. And the people who can are getting pushed all kinds of drugs by doctors who are being given kickbacks from big pharma.

It’s not being didactic towards whether you should take medication or you shouldn’t, I just wanted to show all the different ways that it’s at work.

This is your first feature. How was your experience different compared to your shorts?

Sometimes shorts would almost feel as stressful but every time you do one you get it under your belt and you can take a bigger step next time. One of the trickiest things of filmmaking is knowing how to maintain spontaneity when you have to conform to the machine of production.

But really it should always be about what you need to make the best film possible. Everybody has their wish lists but I’ll definitely be more prepared for the next one to know what my demands are.

Did your short films offer you more creative freedom because you didn’t have that machine to run?

I encourage people who are just starting to take advantage of that. If you don’t have a ton of resources but you have a lot of time then you can make something exciting and that’s what people are looking for in a first film.

Did setting it in this space help to focus on this sensory aspect of the sound design?

That is very much what schizophrenia is – you’re getting too much input of your senses. So that was one area where we took creative liberties as we wanted to make sure we were getting his delusions right. But also when you’re trying to convey it to people you want something that a tactile and that sound design lent itself well.

Did you have Simon and Juno in mind when you were writing this?

No, but it struck me that it couldn’t be anybody else because you really need to love Theo and he does a lot to push you away. Simon is so loveable that you want to fight for him. Simon also knows how to weave humour in just the appropriate ways throughout the film.

Was it difficult to balance humour with the serious subject?

It was something that we had to calibrate throughout. We would do several takes and they would start out on the funnier side and get more dramatic towards the end. I wanted to go into the edit with that palette to work from.

So what are you going to make for us next?

My next film is set in 1500’s Scotland and it’s an elevated action thriller. I love it here, I feel a kinship with the people. The light is so silver. I don’t think anywhere else in the world feels like it does here and I really can’t wait to shoot.