Jean-Luc Godard’s “Breathless” made her the star of the French New Wave; this star, however, was an image that its actress, Jean Seberg (Kristen Stewart) wanted to escape from. ‘Seberg’ is a tale of how she attempted to do precisely that. In her efforts to distance herself from the frivolity of the movie industry, she was punished. She was tormented and harassed by the hands of a paranoid government and their propagandist media counterparts; sound familiar?

Stewart is an interesting choice: She isn’t particularly known for the sweetness and perkiness that Seberg is, however, like Seberg, has made a name for herself in French cinema (with some help from Oliver Assayas, she has been given the chance to act alongside and demonstrate her talents with Juliette Binoche). The genius of her unusual casting lies in Stewart’s ability to subtly convey the paranoia, rage, and terror in Seberg’s unseen personal life. Stewart has mastered the art of nuanced gestures; just a simple side glance, or sway of the hips, or slight change of inflection in the voice is an entire page of dialogue in itself. Here, she has opened herself up to the inner conflict of a truly broken woman with empathy and elegance. 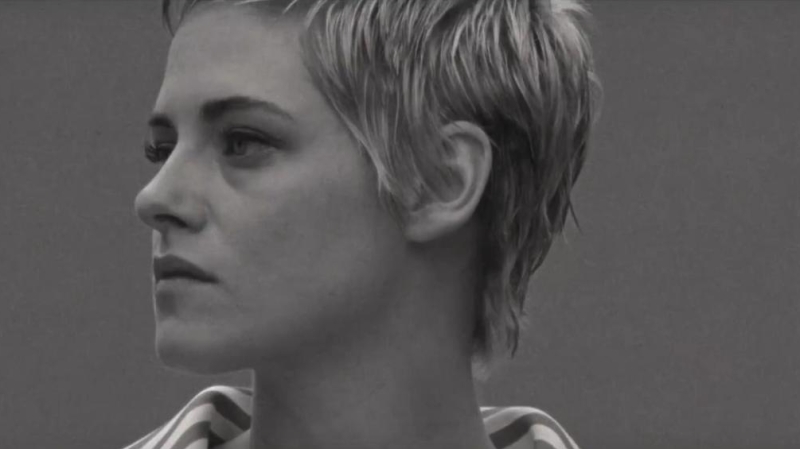 By the conviction of the FBI (the two FBI agents in question here are portrayed by Vince Vaughn and Jack O’ Connell), Seberg had been intimidated, harassed, and spied on. A private American citizen; one who had the best interests of others in mind was mentally violated and tormented. She had attracted the FBI’s attention in the 60s due to her outspoken civil-rights efforts, coupled with her affair with Hakim Jamal (Anthony Mackie). As a result of this anguish, she had been driven to take her own life in 1979 at the young age of 40.

“This is a tale so absolutely horrifying in just how current it all feels; power corrupts the corruptible, and people are the collateral damage. The picture’s ending attempts to restore a sense of dignity to the Seberg story–it, without any spoilers, entitles her to the right to the truth.”

Arguably, the best thing about Seberg (second to Stewart’s heart-breaking, powerhouse performance) is that it isn’t a strict biopic that encompasses her entire life. It focuses on the part of her life where she eventually began losing her sanity and sense of self at the hands of a devious government plot to reduce her to a pawn for their own means.  ‘Seberg’ does acknowledge, via the O’Connell character, that her mental deterioration ought to be blamed on a system with too much unchecked power. Unchecked power in this case: a corrupt paranoid government and their propagandist media counterparts who prioritized sensationalism over sympathy and truth.

This is a tale so absolutely horrifying in just how current it all feels; power corrupts the corruptible, and people are the collateral damage. The picture’s ending attempts to restore a sense of dignity to the Seberg story–it, without any spoilers, entitles her to the right to the truth. The title cards superimposed next to Stewart’s face reveal how Seberg’s life came to a conclusion. Stewart’s expression, in this moment, matches how many of us might feel; she has a smile on her face and tears welling up in her eyes. She knows, as we do, that the real Seberg was never afforded this sense of dignity–but she will now and forever, always be Jean Seberg.