Although many people know the names and the faces of the best comedians in the industry, there’s one that’s more impactful to comedy than any of them and yet his name has somehow flown under the radar of the public eye – his name is Del Close. With her latest documentary, “For Madmen Only”, director Heather Ross looks to delve into Close’s influence and the methods and madness that sparked a new kind of comedic art form.

Like I said, while some of the biggest names in comedy like Bill Murray, Tina Fey, Amy Poehler, and so many others have made their own marks in the industry, their stories and rise to stardom all stem from the influence of Close. The film basically follows Close’s growing influence on the comedic world, his growing frustrations and ambitions as a struggling artist, his work on the DC Comics horror-anthology series Wasteland, and the impact he’s left behind on the comedy world.

Frankly, I’m always a sucker for a doc that peels back the layers of something widely beloved and shows the unknown deeper meaning or influence to give a new perspective – and that’s exactly what happens here. Within the first ten minutes or so, viewers are introduced to so many familiar faces and seeing how many generations of comedians Close has inspired – whether he actually met them or not. The way the opening interviews describe him, it’s almost as if they’re talking about a folk or mythical legend as they describe someone who’s played a pivotal role in the comedy world behind the scenes. It sparks the perfect amount of intrigue and interest in viewers that’s maintained throughout because of how stylized the film is.

“Close is definitely the unflinching creative artist type, but never comes off as pretentious and rather kind of endearing because of how the film depicts his struggles.”

With Close being such an ambitious visionary in the improv world, a documentary about him would have to boom with same kind of creative craziness that’s made him so inspiring. Thankfully, the film almost feels like improv with all the different visual elements it brings in telling Close’s story. From some stellar archived footage and voice recordings that are elevated through collage art and interjections of stand up performances to flashes of panels from Wasteland that mirror Close’s experiences, Ross implements a lot of visual elements to add some depth and uniqueness to Close’s story. There’re even some scripted sections where Close is played by James Urbaniak, who voice will be easily recognized by any Venture Bros. fan, that bring his story to life and Urbaniak gives a great performance that evokes the strangeness and ambition of Close.

Close’s story is truly that of a struggling artist and the film really digs into the highs and lows of him crafting improv. Close is definitely the unflinching creative artist type, but never comes off as pretentious and rather kind of endearing because of how the film depicts his struggles. It’s never necessarily a battle between artistic vision and business, but rather a ballad of personal struggles that constantly make Close’s impact to comedy so much more complex. Whether it’s him questioning whether his improv art form, that he lovingly names Harold for quite some time, will actually make any sort of impact or if he wants to be in the spotlight like many of his students and friends eventually are, there’s something incredibly personal about Close’s internal conflict that viewers, especially other creatives, will relate to.

“In both style and substance, Ross does Close justice with “For Madmen Only” and ultimately creates an instant-crowd pleaser that will make any viewer view the comedy world in a whole new light.”

The film also finds viewers funny bones easily as Close has such an intriguing charm to him and its hard not to find his ambition both admirable and comical. His story has the perfect blend of inspiration and comedy with a delightful hint of weird and as the film delves more into Close’s strange mind, it’s hard not to get hooked on his comedic style. Even seeing some of the bits he helped create were absolutely hilarious and seeing big names like Billy Murray and Jon Belushi adds this authenticity and familiarity to Close’s influence that makes you see some of the best comedic actors of all time in a new way. There’re even some really strong interviews from some of his students, who viewers will instantly recognize, that are heartwarming and make Close’s impact clear.

In the moments where Close in stuck in the depths of his own madness and depression, his feelings of self-doubt and resentment only make him more intriguing and his story more personal – even if the reactions and impact of him being admitted to a psych ward isn’t touched on enough. The film definitely could’ve used more interviews or comments about this time in Close’s life from former students and partners to flesh out the impact of it. However, the final moments of the film leave viewers on the perfect note and utilizes archived footage in an incredibly touching way. It not only evokes a sense of heart in how it shows all of the people that Close influenced came to show their love in his final days, but creates this feeling of accomplishment that will make any viewers feel proud of Close’s ambition. 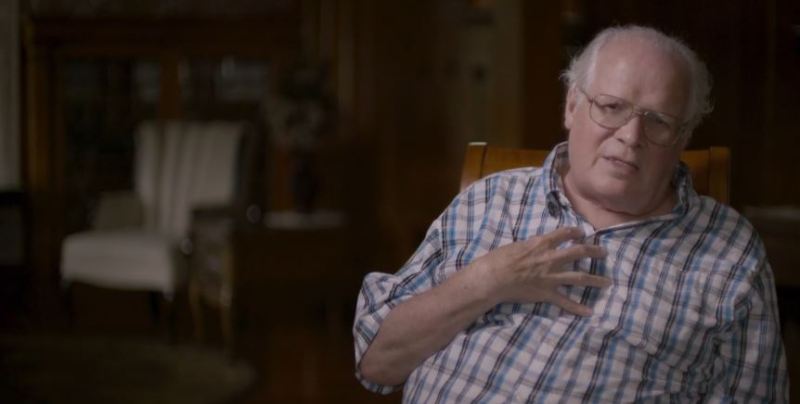 In both style and substance, Ross does Close justice with “For Madmen Only” and ultimately creates an instant-crowd pleaser that will make any viewer view the comedy world in a whole new light. While Close struggled his whole life to be in the limelight, Ross gives him his moment and it’s wonderfully weird and even whimsical in all the right ways.