In 1926, for eleven days history’s best-selling novelist Agatha Christie underwent her most elusive mystery as she disappeared – the events of which are still unknown. This, as one can imagine, enables a tremendously tempting narrative tool: speculation. From plotting violent revenge against her husband, to a brief nervous breakdown following an encounter with an alien wasp, what precisely happened to Christie during these days has been wildly speculated. In late 2018 the British television network Channel 5 premiered ‘Agatha Christie and the Truth of Murder’ (2018) a new take on the disappearance, revealing itself as an immersive look at the potential depressive struggles, creative blocks and disconnection Christie was experiencing.

Tom Dalton’s story plays with the metanarrative in a contrite, but appealing manner, placing Christie inside one of her mysteries to a degree. On the verge of divorce, unable to write and suffering from an emptiness, Christie enters doldrums of life where she finds little joy or creative sparks. The police unable to provide answers to the death of Florence Nightingale’s goddaughter, the deceased lover and partner Mabel Rogers requests Christie’s help. 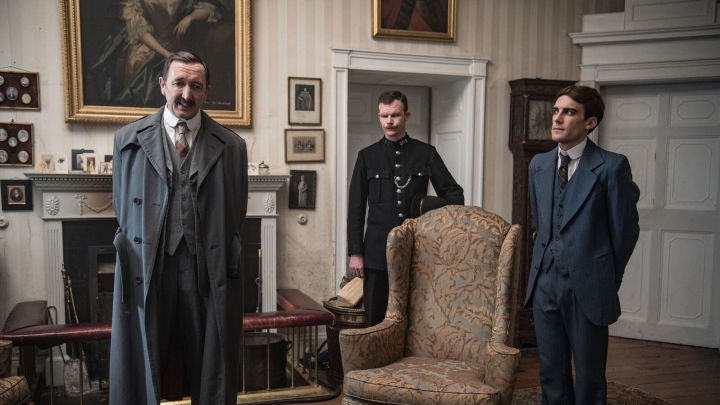 Taking on the role of a best-seller isn’t easy, particularly one without a resolute sense of character. While Christie was a sensational writer, with an uncanny ability with problem-solving, deduction and evident intelligence, she wasn’t renowned for ‘traits’. Irish actress Ruth Bradley characterises Christie as a bold woman, confident in her standing in the male-dominated culture, but nevertheless vulnerable, especially given her husband’s relationship with another woman. Notably younger than Christie at the time of the disappearance, Bradley still carries weight, and refrains from showing the novelist as a scorned woman, or obsessive over her husband. Indeed, her lust for life, for writing and place as an equal is the motivation for helping solve the case. This, and she needs a story where no one will guess the killer before page three.

“There’s a cleverness to Dalton’s writing as the evolution of Christie as an author, a wife and woman move along with the mystery.”

At the risk of sounding elitist – for a television-movie, ‘The True Murder’ does well for itself. Facing the facts, a feature produced for a television audience traditionally has lower production value. Nowhere is this more prevalent than the film’s aesthetics, Damien Elliott’s cinematography is structurally staged for television. Practical, the camera work and effects are nothing spectacular, they serve narrative rather than artistic purposes, chiefly drawing audiences into clues to the murder or, in the reverse, distract viewers with misdirection. Structurally, there’s a cleverness to Dalton’s writing as the evolution of Christie as an author, a wife and woman move along with the mystery. The shadiness of Florence’s murder may be the catalyst, but the film rightfully keeps Christie’s story as its focus. 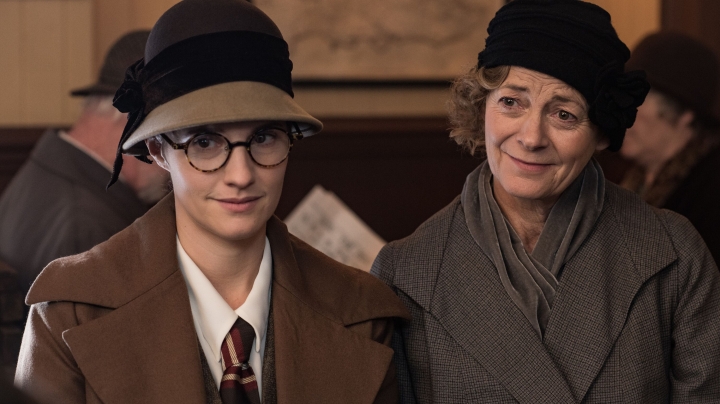 A classic murder mystery is squandered without a resolute supporting cast, these are after all our suspects. ‘Agatha Christie and the Truth of Murder’ is lucky in one respect here, with a few of Britain’s talented character actors on hand from the likes of Tim McInnerny, Ralph Ineson and Blake Harrison. McInnerny and Ineson, in particular, bring a layer to their characters Randolph, the cousin of the victim and Detective Inspector Dicks. In a complementary piece to Bradley’s Christie, Ineson is has a gruff, brash and no-nonsense attitude, but performs this with a great deal of humour and conviction.

“‘Agatha Christie and the Truth of Murder’ is a remarkably impressive experience for the medium it has been created. It relies on methodical writing, rather than cheap tactics or obnoxious romanticism.”

Credit is earned in the film’s depiction of Mabel and Florence’s relationship, by the simple merit of not overindulging. The pair share little screen time, though Pippa Haywood conveys agony in the loss of her partner in a sympathetic performance. Even when the film creeps into the territory of the ‘shameful’ nature of same-sex relationships of the period, McInnerny’s role as Florence’s cousin Randolph’s acceptance of the relationship is human, appropriate and refrains from a distasteful overreaction. It’s a refreshing acceptance from characters while maintaining the strains of loving another human being, which at the time was still considered criminal if they were of the same gender. 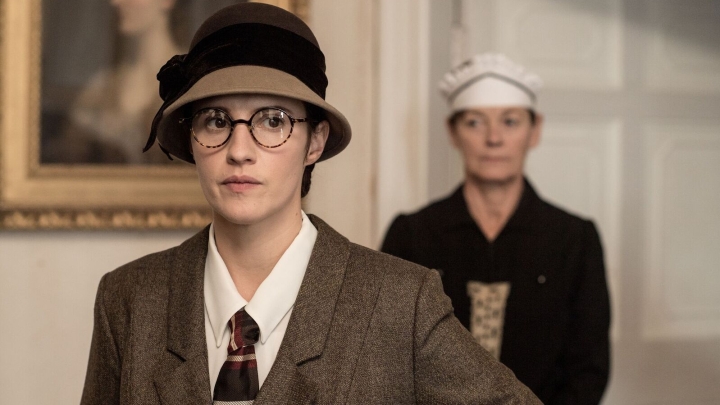 As one expects creative liberties are rife, but to a forgivable extent as Dalton’s writing has the decency to draw on semi-real events, particularly the assault details of Florence Nightingale’s goddaughter Florence. There’s a delightfully fantastical blending of history and references such as Christie’s meetings with Sir Arthur Conan Doyle, which make for engaging scenes as the two authors postulate over their fans.

Obsession, this is the titular ‘truth’ of murder, a theme which ripples across the film – an obsession with people, with wealth, with prestige and the past. ‘Agatha Christie and the Truth of Murder’ is a remarkably impressive experience for the medium it has been created. It relies on methodical writing, rather than cheap tactics or obnoxious romanticism. Where it may suffer from an occasional one-dimensional supporting character, it makes up with enjoyable chemistry, developing story around the mystery, and a pleasantly refreshing depiction of a gay relationship.

“Agatha and The Truth of Murder” is now available on digital for an SRP of $4.99 – $9.99 from platforms including Vudu, Hoopla, and FandangoNow, as well as cable affiliates including Comcast, Spectrum, Charter, Cox, Verizon, Frontier, Dish, and DirectTV.

One thought on “Review: Agatha Christie and the Truth of Murder”