This month, at In Their Own League, we’re tackling films that deal with mental health. Out of all of David  Lynch’s films, this one strikes me as the best one which dares to deal with this theme. It depicts not one, but two, women who have lost themselves–who have lost the grips they’ve once had on reality. To demonstrate this, this piece will contain heavy spoilers.

So just what is the Inland Empire? It is notoriously known for being an impoverished area near Los Angeles. Normally associated with its low standards of living, cheap rent, it is a sort of purgatory for people who have dreams that involve Hollywood. Though unfortunately, they must first live here because they can’t afford the obscenely expensive costs of living in Los Angeles.

The sad fact this film (and by extension, Mulholland Drive) highlights is: people who don’t get absorbed by the Hollywood machine end up turning to drugs, unscrupulous businesses, and sex work. Lynch doesn’t demonize individuals whose lives have taken this turn, he sympathizes with them: his scorn here, and in many other films of his, seems to be at the vacuous and soul-sucking nature of Hollywood itself and the impact it has on women in particular. To get to the root of one of Lynch’s many messages, we need to divide the film into its four layers.

The first layer takes place in the Inland Empire–it centres itself on a Polish woman credited as Lost Girl (Karolina Gruszka), in tears, she is watching something on television and having a clear emotional response to it. 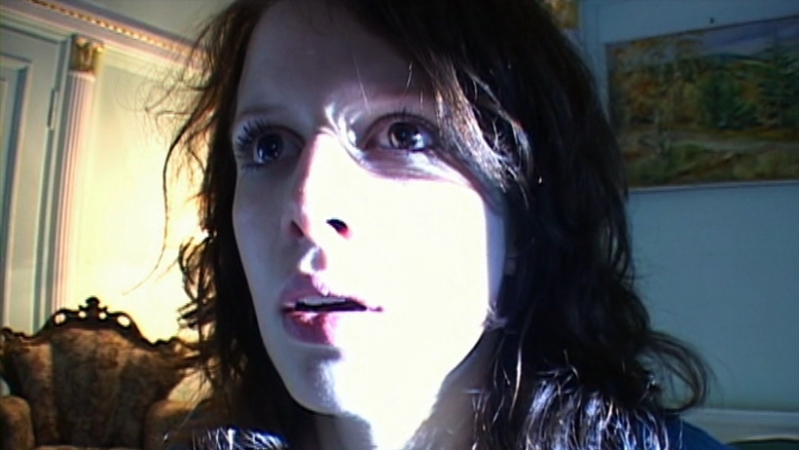 “Lynch doesn’t demonize individuals whose lives have taken this turn, he sympathizes with them: his scorn here, and in many other films of his, seems to be at the vacuous and soul-sucking nature of Hollywood itself.”

The second layer is one of the things she is watching: a room with a trio of rabbits. To provide some context, Lynch actually released a web series called “The Rabbits”: it featured a trio of rabbits having, what would seem to be, a nonsensical conversation. This conversation, apparently, when re-arranged, makes more sense–the same can somewhat be said about this film. This scene foreshadows the film that is about to play out in front of our eyes, because after about forty minutes, Lynch abandons all sense of time and logic.

The third layer introduces us to an actress named Nikki (Laura Dern), we learn that she was a once-famous star whose career has fallen into obscurity. We learn that she married a rich man and, thus, continued to live comfortably despite her career situation. This layer marks the beginning of Lynch’s critique on how Hollywood (specifically, the men in it) doesn’t favour older women, and how it is more concerned with a woman’s appearance and youthfulness. Lynch practically dares you Imagine what this does to a woman’s mental health. As such, Nikki is desperate to reignite her career by starring in a film she has recently been offered a leading role in, “On High in Blue Tomorrows”. 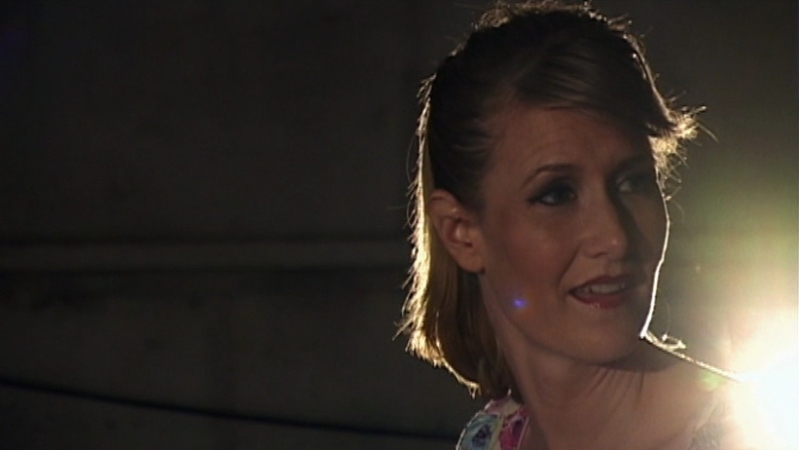 To get closer to Lynch’s commentary on the impacts a career in Hollywood has on women’s mental health, we must first attempt to arrange the contents of the labyrinthine “On High in Blue Tomorrows”: This film seems to be one about a woman named Sue (played by Nikki, who is played by Laura Dern) who has been abused by men her whole life. She is, presumably, living in the Inland Empire. She has an affair with a rich man, Billy (played by Devon, who is played by Justin Theroux) in Los Angeles, and ends up pregnant. We learn that her husband Piotrek (Peter J, Lucas) is infertile, thus, makes him realize that she has had an affair–he leaves her. Sue, now a single mother, confesses her love to Billy in front of his wife. Billy immediately breaks all ties with her. Sue’s son then dies, and she becomes a prostitute who ends up murdered in the streets of Los Angeles.

It is through this interpretation of “On High in Blue Tomorrows” where we can draw Lynch’s critique of the Hollywood machine and its impact on women. Nikki gradually begins to lose herself in the filming process–she is unable to distinguish what is real, and what is fantasy. It is suggested that Nikki and Devon are having an affair, similar to the one Sue (played by Nikki) and Billy (played by Devon) are having in the film. At one point, Nikki is in the throes of passion when she suddenly ends her verbalized climax and posits “this sounds like the dialogue from our script”.

“Inland Empire” is Lynch’s commentary on how Hollywood treats women. It also says a great deal about how this takes a toll on a woman’s mental health and motivates her to do things that would get in the way of her own personal happiness.”

Now, let’s backtrack to the Lost Girl; remember, she is watching Nikki’s story play out on the TV, and it has brought her to tears. One can assume that she is a prostitute who is empathizing with Nikki, another lost girl. Both of these women are lost: (1) the lost girl, lost in a world of escapism because of the film she sees herself in, and (2) Nikki, an actress lost in her performance to the point that she is unable to determine just which parts of her life are real.

It is through this where we can begin to identify the parallels Lynch draws. He likens a prostitute to a woman in Hollywood who loses her authentic self to her peripheral self; one who married not for love, but for wealth. He likens pimps to the rich men in Hollywood who decide which women get careers, and which don’t. 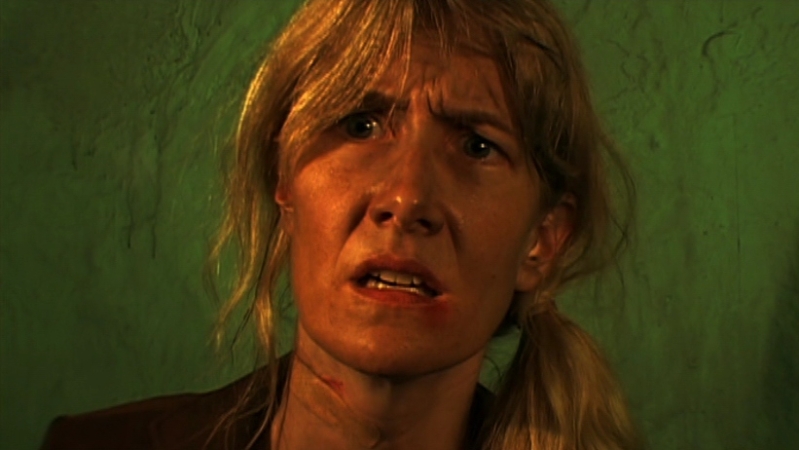 “Inland Empire” is Lynch’s commentary on how Hollywood treats women. It also says a great deal about how this takes a toll on a woman’s mental health and motivates her to do things that would get in the way of her own personal happiness. According to Hollywood, women have short shelf lives because their looks and youth play a huge role in the jobs they get. It’s also sort of an acknowledgement of us, the audience members–the people who consume films and the sum total of our life experiences we take with us whenever we see a movie.

The film may not be real, but what we feel when we watch them is; thus, the more we personally connect to a film, the more we love it. All of us, in a way, are the damaged people in the Inland Empire, we watch movies to give us a sense of life, even though we know that the lifespan of the characters in these films are over when the film ends.