“Do you want to watch this with me?”  I am home for the holidays and my mom, a movie-buff, is gearing up to watch the documentary film, “Half the Picture” (2018).  “Half the Picture” looks at female filmmakers, their stories, their films, and more importantly, giving them the space to talk about the hurdles they have had to climb throughout their careers.  The filmmakers each had unique hurdles for their films, but the blatant gender inequality experienced was universal.  Thanks Mom for introducing me to this film.

“Half the Picture” was directed by female filmmaker, Amy Adrion. Adrion’s film perfectly balances the valiant victories and the lowest lows.  It is an intimate look at women in different stages of their careers, all with a plethora of film credits.  It ponders if the current conversations in film will lead to a paradigm shift or if this is simply a brief respite from systemic discrimination.  Will the current atmosphere lead to the change film and TV need?  It is an inspiring, and at times frustrating, film.  So much has been done, yet there remains so much to do.

When Adrion agreed to this interview, I almost passed out in excitement. To me, Adrion is a very special director.  Her first feature film is her directing directors.  What a daunting task.  It is people who understand your craft as much as you do, and you are the one in charge.  I imagine it is akin to a therapist having to counsel another therapist.  Adrion’s film has a narrative and a structure without it feeling like a projection – which, in lesser hands, could’ve easily ended up there. 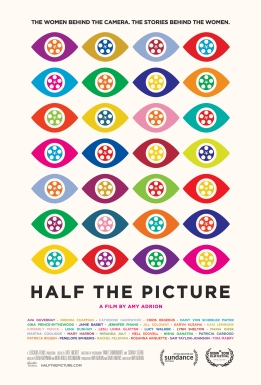 Instead, it shows that when being a female director, there is a lot of bullshit you have to trudge through, and the fact that there are so many incredible women making incredible films is a testament to our strength to rise above that bullshit.  There’s just a lot of trudging to do.

Morgan: To begin, how did you get interested in filmmaking?

Amy: As the only child of two film-loving parents, I watched a lot of movies growing up. My dad liked both broad comedies like THE BIG BUS and CANNONBALL RUN, as well as absurdist European films like THE WHITE SHEIK and THE FIREMAN’S BALL, and my mom was more of a GODFATHER, THE GREAT ESCAPE, WEST SIDE STORY kind of lady. With those films, and others of their ilk, constantly playing on a TV somewhere in the house, how could you not love movies?

Morgan: You have written and directed short films. What is that process like?

Amy: I went to UCLA film school where I got an MFA in Directing and that’s what you do – make short films. It’s awesome. Just like all filmmaking. Coming up with the idea, getting feedback from students and professors, working on the script, casting, shooting, editing, hustling to get your film out into the world. It’s the same process as making a feature.

Morgan: How does scripted material differ from documentary work?

Amy: It’s all storytelling, but there are differences. With HALF THE PICTURE I felt an obligation to the women I interviewed to center their stories and make a film that was worthy of their participation. You are the conduit for other people’s experiences, which is different from directing something fictional that you wrote. Also, practically speaking, in doc you have to deal with research, licensing archival material, fair use legal – stuff like that.

But whether you’re working in documentary or narrative, you’re taking the audience on a journey – developing great characters, hitting emotional beats, hopefully surprising and moving the audience. 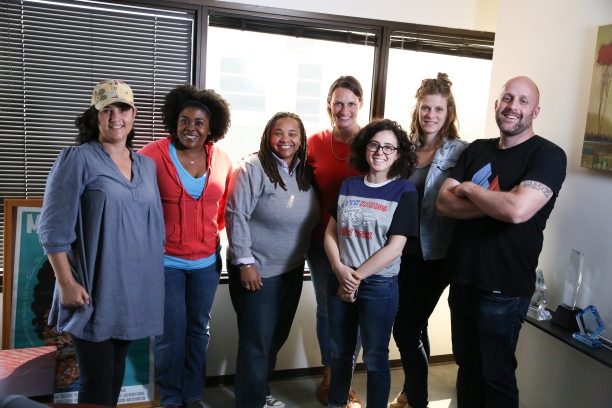 Morgan: Your first feature film was the documentary, “Half the Picture.” How did that project come to be?

Amy: It was actually at a playdate for my kids where I was talking to my friend Nicole LaPorte, a journalist who’s written a fantastic book about DREAMWORKS and who used to work at Variety, about women directors in Hollywood. This was Summer 2015 and the shameful numbers or working women directors was the talk of the town and we had the idea to make a documentary about the issue. Nicole has two kids, as I do, and was working full time as a journalist so she eventually decided that she couldn’t also take on making the film, but at that point I was on my way.

Morgan: In working on a documentary, what are the sheer logistics of getting interviews, data, etc.?

Amy: You do all the research you can – read interviews, reports, statistics, meet with people on the front lines. We met with Maria Giese and Maria Burton early on, two directors who are activists at the DGA (Directors Guild of America), in trying to get the DGA to do more to address discrimination against women directors. Then you look at your network and think, “who can I get to?” I had worked with Miranda July when I was in graduate school and my UCLA thesis advisor, Nancy Richardson, edited many of Catherine Hardwicke’s films including TWILIGHT and THIRTEEN, so I knew I could reach those filmmakers and thank goddess, they agreed to be interviewed. After that, it was a lot of personal outreach, asking friends of friends for introductions, and it just grew. 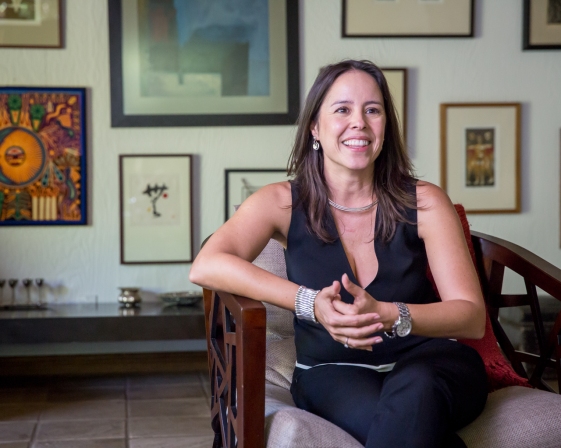 Morgan: “Half the Picture” focuses on female filmmakers.  You interviewed a lot of them. What was it like hearing their stories?

Amy: Absolutely fucking amazing. Each interview was a masterclass and I was a kid in a candy store.

Morgan: What similarities did they all seem to have?

Amy: They all faced challenges because they are women – from sexual harassment and casual (or blatant) sexism and racism, to struggling to raise money for projects that were deemed “small” or “niche,” to belittling comments or aggressively difficult crew on their sets, to challenges “leveling up” into bigger budget films or TV after proving themselves on indie films, to the rejections we all encounter in this business. It’s a lot. And they are all tremendously resilient. They are artists and fighters, which is how they’ve been able to survive in this business.

Morgan: One major theme I saw throughout the film was opportunity – more the lack of or barriers to find opportunity – for women in film. How do we cultivate opportunities for women?

Amy: As frustrating as it may be, I think the answer is that we create opportunities for ourselves. Make your own work. Hire other women. Keep making work. If we wait for permission/acceptance/that dream job, we’re going to be waiting forever. And life’s too short.

Also, USE YOUR VOICE and shout out work by women and underrepresented creators that you love. Post on social media, tell your friends, yell it from the rooftops. We have power as audiences, so when you fall in love with something, let the world know! 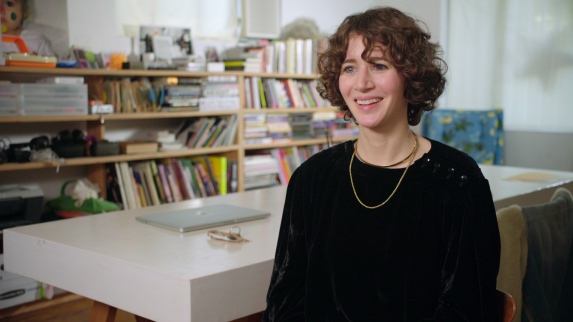 Morgan: What was something you learned while making the film that particularly struck you?

Amy: I learned that I had to get tougher. I still have to get tougher. No self-pity about it. Just something I need to work on every day. Don’t get mired in self-doubt, comparing myself to others or the daily creative and business frustrations – just toughen up and get to work. In addition to directing “Half the Picture,” you also produced the film.

Morgan: What was it like producing a film you also directed?

Amy: I produce out of necessity – who’s going to raise money for my first feature when I have no money to pay them? Nobody. So I produced the film with my spouse, Jude Harris.

Also, producing offers the opportunity to be fully in control of creative and business decisions. Who do we hire? Who do we interview? What’s our strategy and goals for distribution and audience outreach? These are key questions, and when you’re producing your own work, you are in the privileged position of being able to answer those questions yourself.

The tradeoff is that you don’t have a production company with name recognition, infrastructure, resources and established relationships to leverage. But DIY has a lot of benefits too, and it was the only way we were going to make this film, so we embraced it. 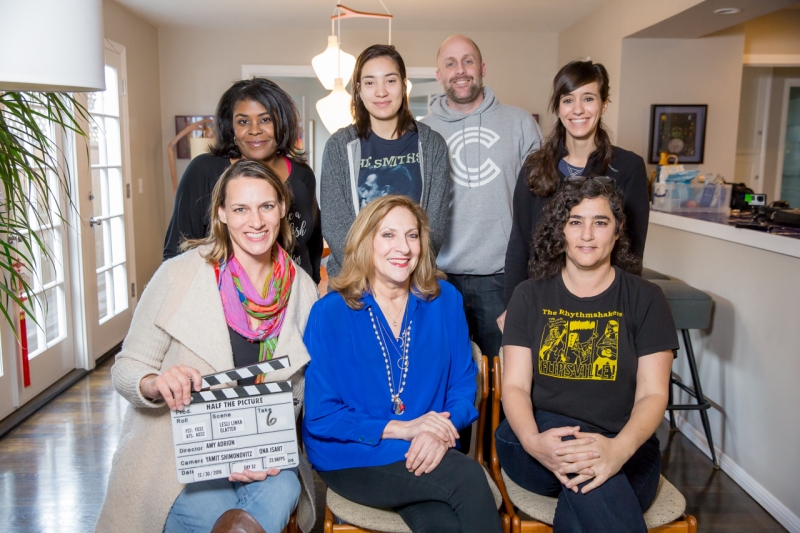 Morgan: What is your favorite part about being a filmmaker?

– finding, hiring and collaborating with artists including your DP, Composer, Editor, Production Designer, Sound Designer, Costume, Make Up and many more

– location scouting and working on location

– the energy and community of film festivals

– the opportunity to tell people about our film, through interviews, panels, etc.

– the stress of sitting in the audience and watching a film I’ve made. I love sharing our film with an audience, but literally sitting in a seat and listening to the audience’s every breath/movement/cough during your film? Ugh, nightmare.

Morgan: Who is a woman in your industry that you currently admire?

Amy: Ava DuVernay who not only makes bold, provocative work herself, but who is walking the walk of actively raising up other marginalized voices in the business. She’s amazing. 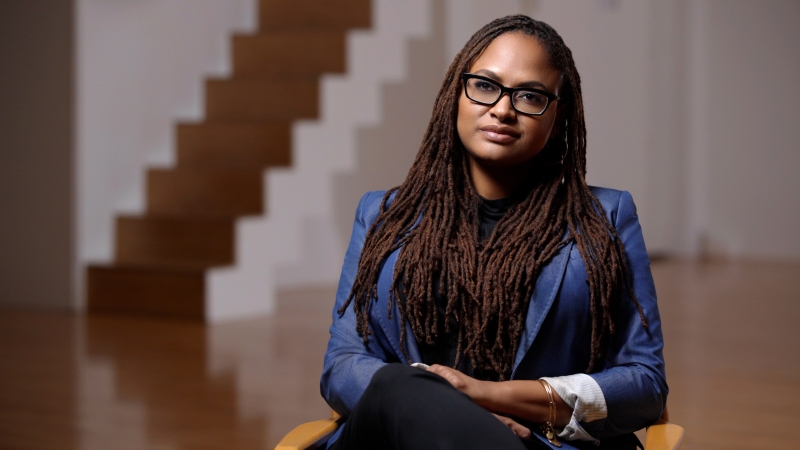 Morgan: In 2019, what was your favorite female directed movie?

Morgan: What is that one movie that can make you cry every time you watch it?

Amy: THE TRIP TO BOUNTIFUL, LIFE ITSELF, BROKEBACK MOUNTAIN, BOYS DON’T CRY, THE RIDER, MY LIFE AS A DOG, SPLENDOR IN THE GRASS, ALEX: THE LIFE OF A CHILD, PARSLEY DAYS, THE WAY WE WERE, BLUE VALENTINE, MURDERBALL, SOUND AND FURY, MISSISSIPPI DAMNED, THE IDIOTS, MASK, STAND BY ME, FISH TANK

Morgan: What show can you not stop talking about right now?

Amy: I am currently catching up on movies and shows – homeschooling a 1st and 4th grader, teaching film production, and my own creative projects have made it that when 10pm rolls around, I’m often too tired to start watching something! BUT – I finally saw FLEABAG. Genius. Funny, sharp, innovative, charming and that ending….ripped my heart out with love.

Morgan: Who is an actress, writer, director, or female filmmaker that would be a dream to work with? 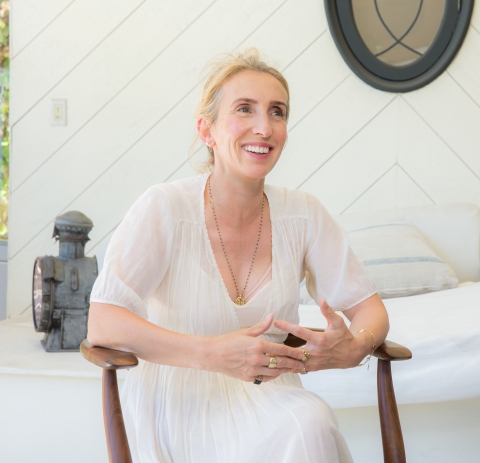 Morgan: If you could work on a film or series about a historical woman, who would it be?

You can catch “Half the Picture” on iTunes and AppleTV.