Whenever this reviewer sees established actors break out of their comfort zone to try out new things in their career path, that sends this reviewer a sense of giddiness; an excitement of the unknown of what is to come next. One recent example is seeing comedienne actress Abbi Jacobson (best known for the TV series, “Broad City”) in the Netflix movie by Marja Lewis-Ryan, “6 Balloons” (2018); a drama that is about drug addiction which takes place in a single day.

Recently, we have had comedian-actor Kevin James take on the leading role as an angry, sadistic neo-Nazi in the upcoming 2020 thriller, Jonathan Millot‘s and Cary Murnion‘s “Becky”. It sounds quite wild but no matter how ridiculous it sounds, it is quite exhilarating to see how it would turn out and you wish the best for them.

In the case of this review; the film in question is the 2010 drama “Ocean Heaven”. The film is best known for being the first non-martial arts role for lead actor Jet Li. Primarily known for his action hero persona, Li is also known for his humanitarian views; in charge of various charities via The One Foundation he established. Considering the content of the story which involves mental health awareness, the role sounds like it would be the perfect segue for him.

Li stars as Wang Xicheng, an aquarium worker who is the father of Dafu (Zhang Wen), his 22 year-old autistic son. The film starts off on a surprisingly dark note as we see a father and his son on a boat in the middle of the ocean. The two are tied together to an anvil and the father leads their way into the water. Only the attempt fails as the son has untied the rope beforehand and rescues his father and himself to safety. 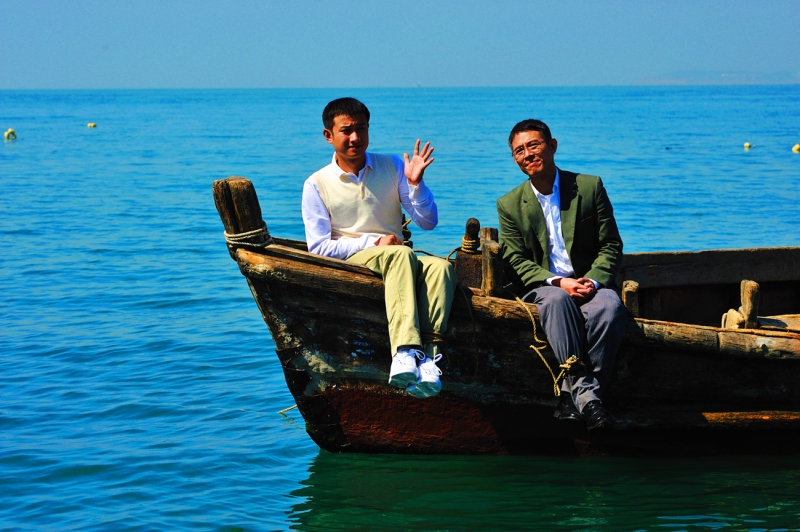 The reason for the suicide attempt is because Wang is suffering from end-stage liver cancer and he is scared that when he passes away, Dafu will have no one to watch over him, after Xicheng’s wife (a memorable cameo from Gao Yuanyuan) died in a mysterious swimming accident. After the failed attempt, Wang presumes that he is destined to find a way for his son to live on more independently; which leads the two on a quest to find a new home for Dafu. During this time, Dafu meets with a circus performer Ling (a likable Guey Lun-mei) and the two start up a friendship.

For such a small drama (the budget was approximately 1 million US dollars), its themes spoke to a lot of people, which warranted their participation. So much so, it was reported that Li accepted the pay of 1 Chinese yuan to be in the film. The crew consists of so much talent that it feels laughably unfair to other Chinese filmmakers trying to make their directorial debut. The crew consists of cinematographer Christopher Doyle, composer Joe Hisaishi, editor William Chang, production designer Yee Chung-man and even singer Jay Chou; and they all make their mark in making the film palatable.

“For such a small drama (the budget was approximately 1 million US dollars), its themes spoke to a lot of people, which warranted their participation.”

But that does not mean that we should discount the contributions of the director. The film is directed by Xue Xiaolu, who is best known for being the co-writer for the drama film “Together” (2002), directed by acclaimed filmmaker Chen Kaige. Alongside writing the script, “Ocean Heaven” is her directorial debut. The story sounds like it is aiming to be both awards-bait and terminal-disease-of-the-week, but thankfully Xue goes with a nuanced approach to her storytelling that does away all the histrionics, the theatricality and the sentimentality for the case of subtlety that rewards one’s patience.

Speaking of patience, the scenes where Xicheng teaches Dafu menial tasks are conveyed through arduous repetition relying on action rather than dialogue. Xue does not sugarcoat the situations that the characters goes through and although it may not sound like much i.e. Xicheng teaches Dafu to take off his shirt in one of the lessons, these small moments of accomplishment feel earned. It also helps that Xue has been a volunteer for with Beijing Stars and Rain, a non-governmental educational organization for children with autism, for 14 years; which speaks to the verisimilitude in the film. The film even includes names from Canadian doctors as professional advisors!

“Xue and the cast and crew are smart enough to know that the very essence of the film is about a father caring for his son and they never exaggerate beyond that.”

The brief establishment of the friendship between Dafu and Ling looks like a forced romance on paper; but the way it is presented is strictly platonic and believable; mainly due to the actors selling it with dignity and straying away from excessive cuteness. Even moments in the story that look attention-seeking — i.e. when Dafu gets into danger — are never made out to be overly contrived but they boil down to the essence of the story.

In fact, the film almost feels like it is deliberately trying to avoid playing the audience for tears and yet it does not feel like it is pensive; not aiming for a meditative route that can easily be misconstrued as pretentious. Xue and the cast and crew are smart enough to know that the very essence of the film is about a father caring for his son and they never exaggerate beyond that. 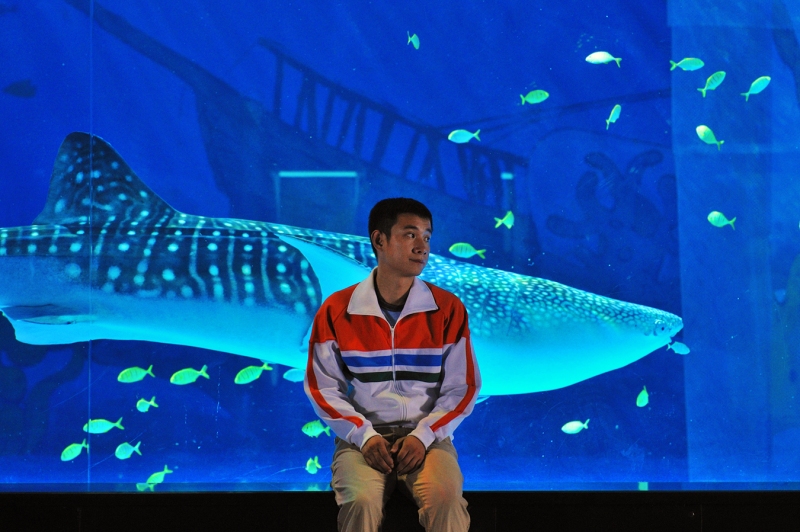 The lead actors certainly help sell the very essence as well. Li succeeds completely in making you forget that he ever was a martial arts star; but as the character Xicheng. With a reticent, withdrawn demeanour and a striking sense of human decency — at one point, his neighbour Chai (played by Zhu Yuanyuan) calls Xicheng the best man ever and it comes off as touching — Li crosses the bridge into dramatic acting with ease.

Zhang plays Dafu so convincingly that if one were to tell me that he was autistic, this reviewer would believe you. He never overacts the part nor does he come across as a cartoon ala Dustin Hoffman in Barry Levinson‘s “Rain Man” (1988). It is their very bond that brings the film the heart it needs to work.

Overall, “Ocean Heaven” is a wonderfully gentle piece of work that brings awareness to autism and the parents that try their very best for their children.