Set in the director Midi Z’s native Burma (referred to in the film as Burma, not Myanmar), “Ice Poison” won a Best Film award at the Edinburgh International Film Festival in 2014 and was Taiwan’s entry for the 2015 Academy Awards for Best Foreign Language Film. It’s available currently as part of the Taiwan Film Festival.

This is a slow and thoughtful film that uses one man’s struggle to find work as a way to show the various different struggles of the Burmese people. It is a descent into depression and desperation with a bleak (and incredibly graphic) ending.

Two poor farmers discover that their crops have done badly and they need to find another way to support themselves. They visit neighbors to ask for a loan, but each has their reason for not being able to help . It’s a tour of the many problems that poor rural Burmese people face. They’ve been cheated out of money, lost jobs, gone bust, lost their savings and their health.

This is a slow and thoughtful film that uses one man’s struggle to find work as a way to show the various different struggles of the Burmese people. It is a descent into depression and desperation with a bleak (and incredibly graphic) ending.

They trade their precious cow for a scooter so that the younger man, A-Hong (Wang Shin-Hong), can become a scooter taxi rider, get them through this hard time, and eventually buy back the cow. But work as a scooter taxi rider is scarce, and he must battle dozens of other people to try to scrape a fare.

Lingering over them is the threat of drug abuse that has gripped so many young people like them, those who turn to drugs to relieve their desperation.

Meanwhile, a young woman, San-Mei (Taiwanese actress Wu Ke-Xi), returns home to Burma for the death of her grandfather. She has a difficult relationship with her husband and his family in Taiwan and decides to stay in Burma.

She begins selling crystal meth, using A-Hong and his scooter for transport. But they soon start to take the drugs themselves, drifting into a bleak existence and looking for relief from the difficulties of life.

San-Mei’s situation is similar to those explored in “Out/Marriage,” which is also available as part of the Taiwan Film Festival. Her Taiwanese husband is a much older man whom she does not love. He is suspicious that she won’t return to Taiwan if she takes her child with her, so she is faced with returning to an unhappy marriage for the sake of her child or seeking refuge in Burma without them.

For her, selling drugs is a way to get money and support herself. And taking drugs is her way of mentally escaping from a terrible situation.

The film as a whole is fairly slow and uneventful, focusing instead on exploring the more personal side of navigating desperate choices. The potential drag this creates is uplifted by the camera work. In many places, a static camera holds for extended two-shot scenes, soaking up very natural performances. In these scenes, the camera doesn’t try too hard to manufacture emotions but lets the dialogue do all the work.

When A-Hong is hustling for fares at the bus station, the audience looks down on him from a distance, watching him move around the chaos like a specimen to be observed. This distance breaks our intimacy with him and makes us cold. We want him to succeed but only in the way someone might root for the leaf cutter ant carrying a burden that seems impossibly big.

These shots contrast with those on the scooter, where the closeups shake with the rickety scooter’s speed. Perhaps this is the only freedom they really feel. 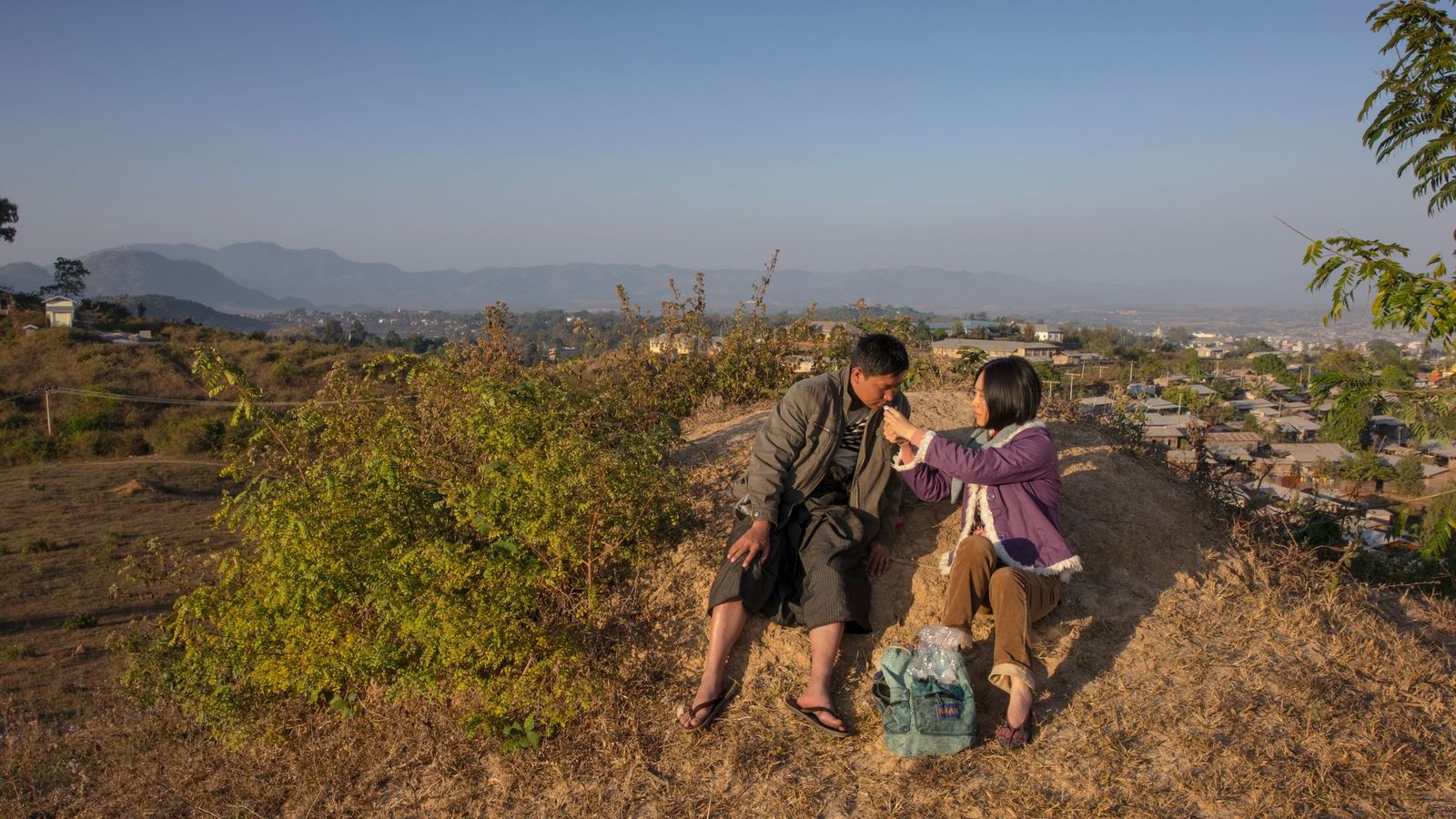 As his options narrow, this previously quiet and sad man is filled with a wild, drug-induced abandon. His life can go nowhere, and he’s back at the farm with no choices left.

The final scene is a graphic and shocking ending to their story and a metaphor for the end of everything these people hold dear. Animal lovers, please take note. Remember that some things that are commonplace to many around the world are not usually shown on screen, especially in the West. It’s vital to the film for viewers to understand what is happening, but it comes with the strongest advisory.

In all, “Ice Poison” is a bleak film that looks at Burma’s changes under capitalism. It’s worth sitting with and really listening to in order to learn about the issues facing many Burmese people and how many see no way out of poverty.