There have been plenty of films that have captured the drive and undying determination for greatness of the struggling artist, like “Whiplash” and “Black Swan”, but now Blumhouse has created a horror-centric look at this story to go right alongside “Cam” with the feature writing/directorial debut of Zu Quirke – “Nocturne”. There’s one daunting line from the film that sums up both the driving force of the film itself as well as the life of a creative as a whole: “Music is a bloodsport.” Creative environments are often the most competitive as many try seeking acknowledgement and attention to give them wide acclaim and recognition – after all, the spotlight usually only has room for one. In some ways, this has always been the connective and cathartic part of these struggling artist stories and Quirke perfectly captures this with how she introduces and characterizes the film’s characters.

Following Juliet (Sydney Sweeney), one half of a pair of talented piano playing twins attending a top arts boarding school, as she attempts to outshine her twin sister Viv (Madison Iseman), it’s incredibly easy to feel the competitive environment that these two have been thrown into. With Viv being the clear favorite of everyone around them and given better opportunities because people expect more out of her, Juliet has been forced into the role of her sister’s understudy and it’s what makes you instantly connect with her plight.

“Nocturne” contains some very intriguing imagery that adds to the weird and uneasy nature of the film.”

Sibling rivalry is already bad enough, but with Juliet and Viv also being in the competitive world of music, their silent rivalry is heightened every time an opportunity goes towards Viv’s way with ease and misses Juliet completely. While Viv finds success, admiration, and even an opportunity to go to Juilliard, Juliet is met with doubt and “encouragement” like that she’s “thinking about her future” because it’s likely not going to be as a performer, that she should be happy with being fine, and doesn’t get challenged because people don’t think she’s going anywhere. It immediately makes you connect with Juliet’s inner pain of not being noticed or being an understudy in life on a deep level, especially if you’ve been in her shoes, and sets off the trippy horror trip she goes through after finding the mysterious journal of a deceased student. Once Juliet finds the journal of Moira (Ji Eun Hwang), a student who recently committed suicide, and discovers a supernatural secret that gives her ability to be a fitting rival to Viv, the film really becomes a horror trip unlike anything else. As Juliet begins to gain pretty much everything that Viv has, there’s a noticeable change that occurs that not only causes a rift in her relationship to Viv, but carries this dark and foreboding presence that makes every step forward more chilling than the last. All of these steps to Juliet’s solo time in the spotlight are perfectly built up through the strong visuals within Moira’s notebook and it teases it enough to pique your interest and wonder what’s exactly going to happen to Juliet on her path to success. Even when things seem obvious, “Nocturne” finds way to take unexpected turns and go to surprising places and it’s in big part to the incredible visuals that are both hypnotizing and horrifying. 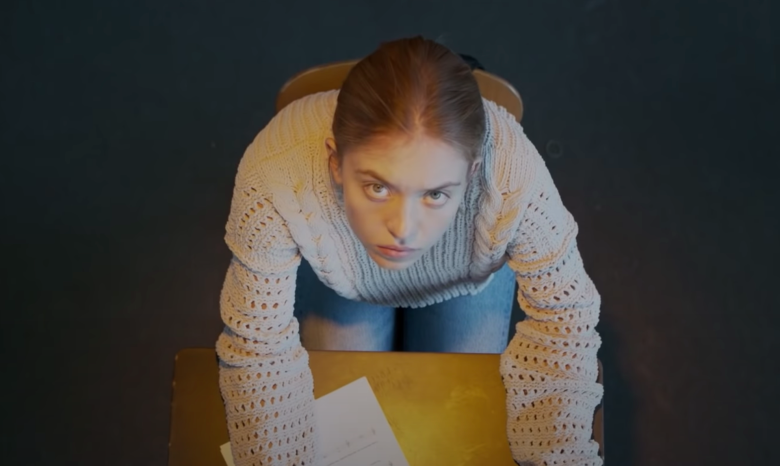 All of the drawings within Moira’s notebook are incredibly creepy and cryptically tease what’s in Juliet’s future without giving away anything. Honestly, that’s probably what “Nocturne” does best. It’s gives viewers enough to have a grip on what’s happening without ruining or watering down the mystery and intrigue of its supernatural elements with direct answers. With all of the hypnotic sunlight imagery and unsettling way that the pictures in Moira’s book change when they start to invade reality, “Nocturne” contains some very intriguing imagery that adds to the weird and uneasy nature of the film. Even the final image of Juliet’s fate is creepy as hell and encapsulates the lengths she’s willing to go to feel the success that Not to mention, the music in it is incredible. Truthfully, is it even possible to have a movie bring viewers into the world of music without providing some great music of its own? I don’t think so and thankfully “Nocturne” has got us covered. The sequences of piano playing are absolutely thrilling as the combative and competitive nature between Juliet and Viv as well as their environment are brought out perfectly. Quirke just makes them so enticing to watch and really draws you into the moment with the incredible sound this film has as well as the sharp cuts the film has throughout. The music from Gazelle Twin is also a perfect match for this film as it mirrors the film’s unsettling and mysterious tone and comes in at big turning points to heighten the moment. It’s really incredible how Quirke brings in the right pieces to create an enjoyably unsettling experience – especially when it comes to the performances.

“Nocturne” is one of the best films under the Blumhouse banner and a uniquely engaging horror thriller that cannot be missed – especially with it being free on Amazon Prime.” 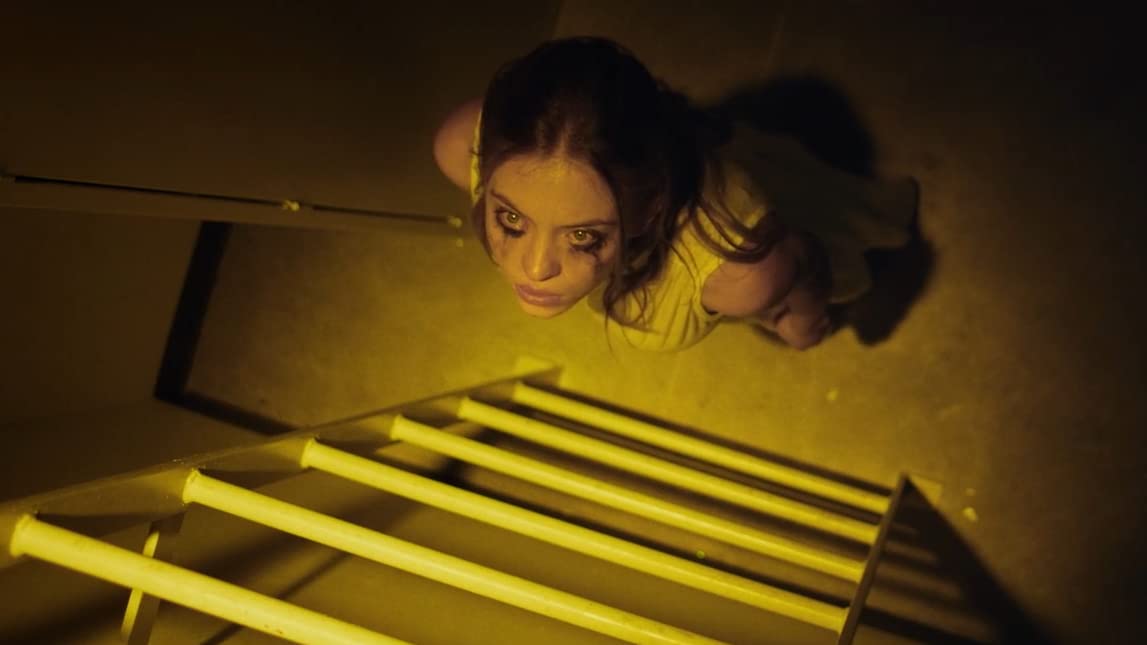 Sweeney and Iseman are flawless throughout the film as two silently feuding sisters that are out for their own achievements, but don’t want to lose one another. Sweeney evokes Juliet’s hurt over being her sister’s understudy in a very impactful way that’s touching on a deeply human level. Even as she’s fighting for her own success at the cost of Viv’s career, there’s a part of her that’s still scared of the outcome and not overly proud of what’s happening and it’s what makes it still easy to feel some compassion for her. On the flip side, Iseman brings out Viv’s awareness incredibly well as it’s easy to see that she’s aware of how she been brought up in a better place than Juliet, but doesn’t want her to feel left out because of it – and you only gain compassion for her as her life is slowly being ripped away. Together, these two embody all of competitiveness and care that a great sibling rivalry has and make it thrilling to watch unfold. It’s also worth acknowledging Ivan Shaw’s performance as Dr. Cask, Juliet and Viv’s teacher, as he has such cunning and cutthroat line delivery, especially in scenes where he drops hard truth bombs on Juliet, that makes him such an effective and daunting provocateur in this film. Quirke’s feature debut expertly displays her visionary talents in balancing an artsy atmosphere and a competitive narrative that can easily resonate with most viewers to create the strongest horror experience of 2020. Honestly, “Nocturne” is one of the best films under the Blumhouse banner and a uniquely engaging horror thriller that cannot be missed – especially with it being free on Amazon Prime.