Although it has the makings of being something special with Ruby Rose leading a bloody, action-packed new film directed by Ryuhei Kitamura, director of “The Midnight Meat Train” and “Versus”, “The Doorman” isn’t the sum of its parts. Kitamura is the kind of director that’s had his hands in a bunch of different properties and genres. He’s gone into the depths of bloody and brutal horror, been behind a Godzilla movie with “Godzilla: Final Wars”, taken on plenty of action flicks, and even did a live-action adaptation of “Lupin the 3rd”. He’s a director whose mark might be subtle, but it definitely doesn’t go unnoticed and it’s why it’s baffling how “The Doorman” ended up being so bland. The film’s story of a former Marine named Ali (Rose) becoming hotel doorman in New York City after a traumatic combat experience and being forced to protect a family after a group of thieves break into the hotel isn’t all that unfamiliar. Honestly, the whole idea of action stars protecting families has been seen in both adult action flicks like “The Transporter” series and family-friendly films like “The Pacifier”. “The Doorman” is the epidemy of these kind of films as it brings nothing to set itself apart.

“The action is the biggest disappointment of “The Doorman” – especially with someone like Kitamura behind the camera.”

The narrative hits the same beats that you would be used to in action movies with Ali slowly taking out henchmen as the villains continue their thievery. Ali’s PTSD from the combat she faces in the film’s opening don’t really service for anything expect as a reason for her to take “The Doorman” job and her connection to the family she’s protecting doesn’t add the kind of emotion it should because the characters are stereotypical cliches of the genre. Jon (Rupert Evans), the patriarch of the family, is just a lackluster “love interest” for Ali, Victor Dubois (Jean Reno) is just your typical mysterious lead antagonist with a gravely voice as Reno gargles through all of his lines, and Borz’s (Aksel Hennie), another doorman, role becomes incredibly obvious from the start as he just looks like a bad guy. There’re a few interesting parts to the film that do somewhat set it apart. For instance, the initial scene that really introduces us to Victor as he has a violent reunion with an old friend was a nice turn for the film and Max (Julian Feder), the older brother of the family, using Morse code to communicate with Ali was kind of cool. However, moments like these are so infrequent as the film is filled with tiresome dialogue and missed opportunities. The film introduces the idea of the building being under construction and containing many hidden pathways, but neither of these ever become as important as they seem. Kitamura misses the opportunity to create more surprising actions sequences with faulty floors or walls as well as great sequences of suspense with Ali using secret passages to get the jump on the thieves. Even worse is that the conflicts lack any sort intrigue or energy as the back and forth between the group of thieves is just exhaustingly boring.

“The Doorman” is definitely a movie that Kitamura is going to want to forget as it really brings nothing new to the table and barely harnesses any sort pulse or blood-fuelled action.” 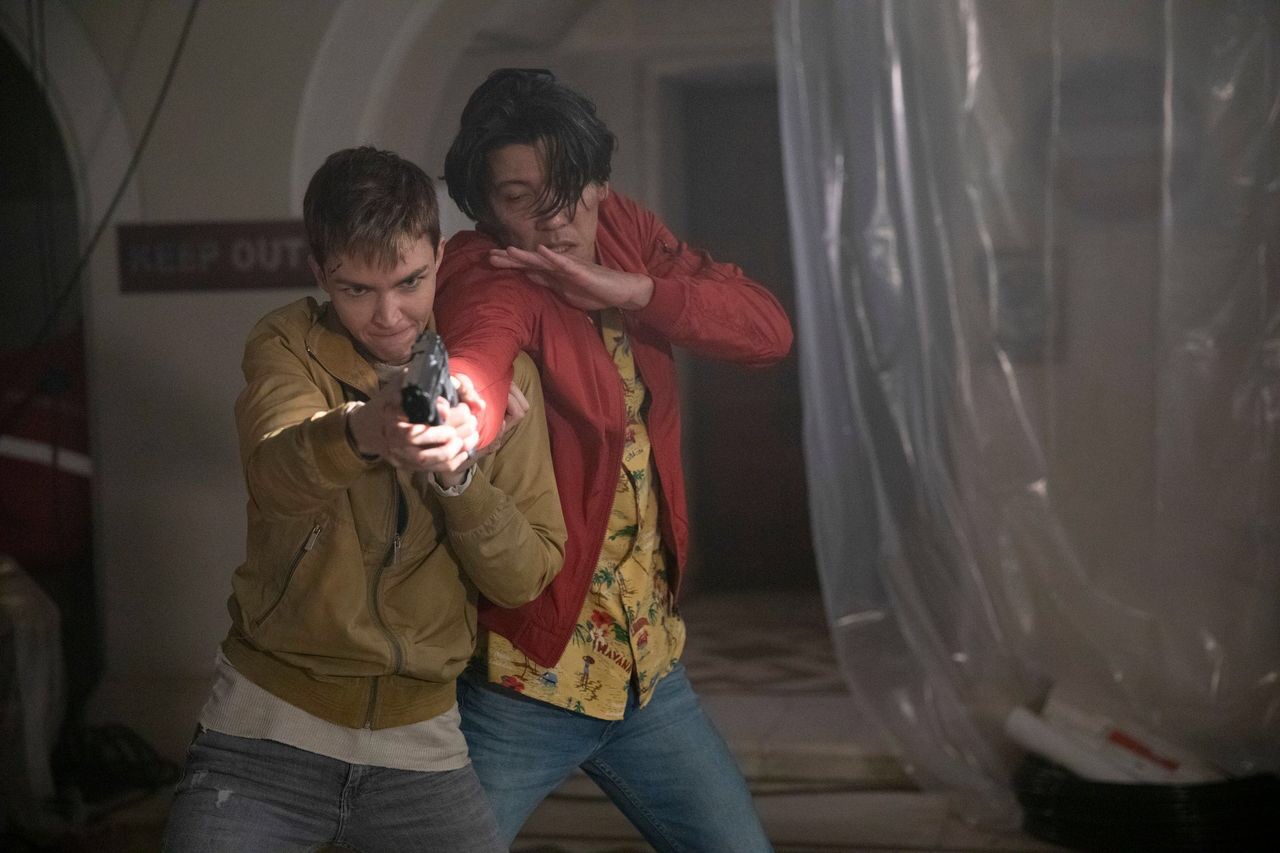 Surprisingly, the action is the biggest disappointment of “The Doorman” – especially with someone like Kitamura behind the camera. It’s easy to tell early on that he’s going for a style that falls in line with more Japanese action movies in terms of camera movement and editing. Rose also proves that she’s definitely a fitting choice with the level of physicality she brings to role making you miss the fact that she won’t be Batwoman anymore. However, it ends up working against him as the rapid editing makes it impossible to tell what’s happening and some of the camera movements end up making the environments look incredibly fake. It’s even stranger to me that this film was being touted as being violent and bloody since it’s pretty tame in my opinion. Outside of two fun kills, one being with a nail bomb and the other coming in the final fight, the kills are very boring, and the fights aren’t all that crazy or violent. Having crazier kills or fun, bloody action would’ve at least given the film more memorable moments, but instead it just fades into the abyss of action genre. “The Doorman” is definitely a movie that Kitamura is going to want to forget as it really brings nothing new to the table and barely harnesses any sort pulse or blood-fuelled action. There’s no doubt that Kitamura is a talented director, and that Rose is a rising action star, but “The Doorman” just isn’t a great showing of that.