The shocking premise of this Sundance-winning film is compelling. Director Massoud Bakhshi's second feature "Yalda, la Nuit du Pardon" ("Yalda, a Night For Forgiveness") shows a woman who must beg for forgiveness on live television or face the death penalty for the accidental murder of her much older husband. It has the hallmarks of a thrilling story, just rife for the big screen. But unfortunately, there was too much in here that was convoluted or contrived and the drama fizzled out as a result. Maryam (Sadaf Asgari) is the 26-year-old wife (temporary wife) who accidentally killed her 65-year-old husband during an argument.

What do you do with a child so out of control that they are a danger to themselves and others? What if they are too young to be housed in a secure facility and no group homes will take them? In Nora Fingscheidt’s first scripted feature “System Crasher” (2019) we see innocence meet with blind violent rage in a story that is both infuriating and incredibly sad. This film was Germany's official submission to the International Feature Film category at the 2020 Oscars. 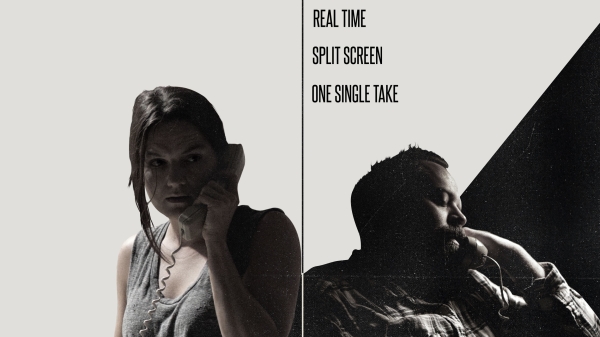 The hook for "Last Call" (2019)  might look like a gimmick; filmed in two simultaneous single takes and presented split screen throughout. But it a strong film with the substance to stand on its own two feet from the script and acting alone. Far more than just a gimmick, it is incredibly skilfully executed and builds on solid foundations to create something quite unforgettable. Beth (Sarah Booth) is a single mum who cleans the local college at night. Scott (joint writer Daved Wilkins) is a grieving and suicidal father at the end of his rope and seeking support. A wrong number brings the two strangers together and for the next hour Beth is faced with trying to save the life of a man she doesn’t know in a desperate situation. 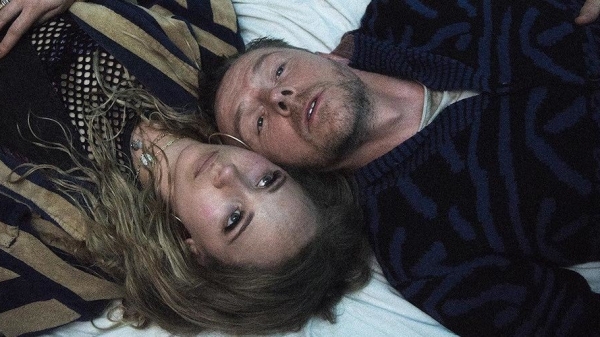 Moving drama "Lost Transmissions" (2020) is Katharine O'Brien's debut feature about one man's struggle with schizophrenia in a healthcare system ill-equipped to help. Theo (Simon Pegg) is a music producer who stops taking his medication and begins a rapid downward spiral, losing grip on reality and getting into increasingly dangerous situations. His friend Hannah (Juno Temple) chases him through LA and psychiatric institutions to try to get him the support he needs but is thwarted by an inadequate healthcare system. Based on writer-director Katharine O'Brien's experiences of trying to support her own friend who went off his medication, the film is deeply affecting. It highlights the difficulties that people suffering from mental health conditions, and their loved ones face. I spoke with Katharine at the Glasgow Film Festival 2020.

This historical drama directed by Marjane Satrapi follows Marie Curie from her discovery of radium and polonium to her death in 1934. It merges a range of historical time periods in a blended visual style which leans on its graphic novel roots. It may not work for some but is certainly bold. We meet Marie as Maria Skłodowska (Rosamund Pike), a Polish immigrant living in Paris and "taking up too much space" in a shared laboratory. She is informed by a roomful of men that she is being kicked out and she must find another if she wants to continue her scientific endeavours.

Some shocking visuals and a few knuckle-biting moments bring this true story of the Minamata poisoning exposé to life. But despite best efforts the white saviour positioning undermines the power of the film. It's 1971 and once well-regarded photographer W. Eugene “Gene” Smith (Johnny Depp) is at the end of his useful career and drinking too much. Haunted from photographing the horrors of WWII, he has annoyed his publishers too many times to get consistent work and is reduced to endorsing products he doesn’t use for money. Late one night Aileen Mioko (Minami in her first English Language film) visits to beg him to come to Japan and cover the Minamata poisoning. A whole region is suffering from sickness and birth defects from the Chisso Corporation chemical factory pumping mercury into the water.

In this debut feature by director Mounia Meddour, “Papicha” (2019) is about Algerian girls in the late 1990s trying to cling to freedom and self expression during a rise of an extremely conservative Islamic fundamentalism that literally threatens their lives. Nedjma (Lyna Khoudri) lives and studies at a women’s university where there is a culture of sisterhood and fun. The girls sneak out to go drinking and dancing at night, are boisterous and play practical jokes. They’re mostly carefree but cautious of having to lie to police and cover their heads if they are stopped. She loves fashion and is constantly sketching new ideas and making clothes for her peers, selling them out of a nightclub bathroom.

​Slovak director Mira Fornay’s third feature is an unsettling absurdist drama about domestic violence from the perspective of the aggressor. ​“Cook F Kill” (2019) follows a Jaroslav (Jaroslav Plesl) trying to get his mother to hand her house over to his wife. In order for that to happen a convoluted and connected series of other events need to take place in the right order. If each person in the chain gets what they want he will get the house for his wife and be able to see the children again. But along the way, there are interruptions to the timeline and even the gender of some characters. We’re caught in an absurdist loop with violence at every turn. 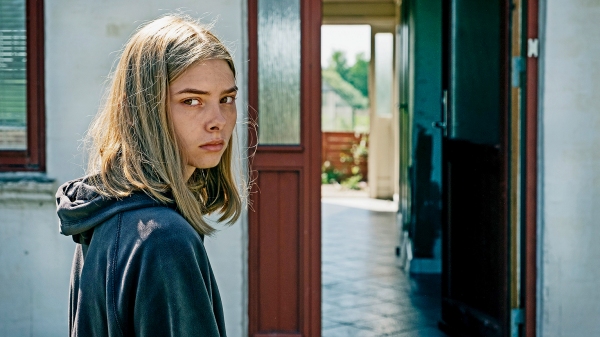 Directed by Jeanette Nordahl, "Kød & Blod" ("Wildland") is a Danish film about a toxic family and the need to belong in a community. It’s a matriarchal mafia genre with the focus on violence within a family not outside. It’s a drama steeped in mistrust and danger. In a succinct series of shots we learn that Ida’s (Sandra Guldberg Kampp) mother was killed in a crash and she now has to live with her aunt Bodil (Sidse Babett Knudsen) and three older male cousins (Joachim Fjelstrup, Elliott Crosset Hove, Besir Zeciri). Ida is sullen, quiet and withdrawn, thrust into a home which appears to have something sinister going on under the surface.