“Stockton on My Mind” explores the youngest Mayor of Stockton, CA and his uphill battle to heal the city in the current political landscape. END_OF_DOCUMENT_TOKEN_TO_BE_REPLACED 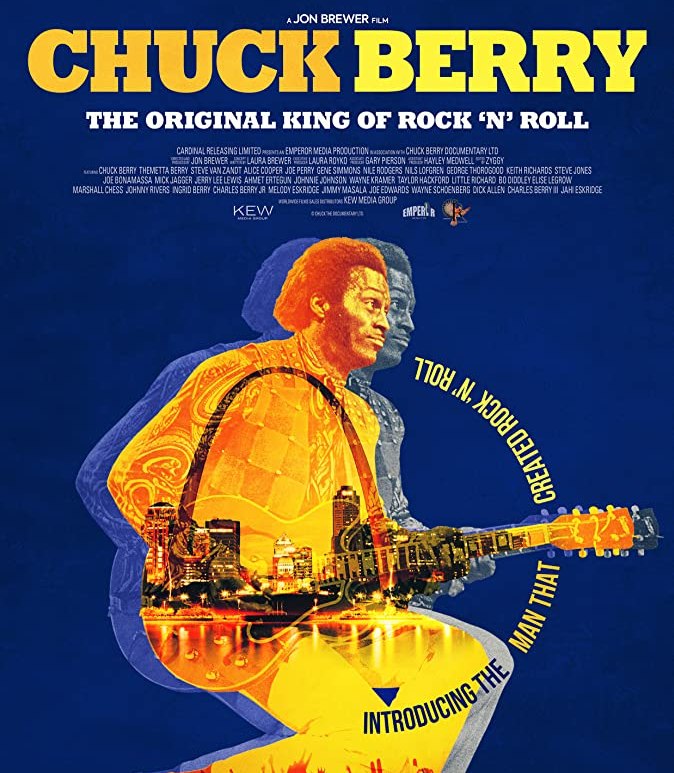 You know Chuck Berry. Even if you haven’t consciously sought out and listened to his records, you’ve heard him in films (eg Johnny B. Goode in “Back To The Future” and You Never Can Tell in “Pulp Fiction”), and heard the musicians he’s influenced (basically any guitarist post-1960). To be blunt, Chuck Berry is not only a legend: he may be the most influential musician to ever live, and new documentary “Chuck Berry” goes forth with that 100% in mind, to both its benefit and detriment. END_OF_DOCUMENT_TOKEN_TO_BE_REPLACED

“Sisters With Transistors” should win an award for having the best film title of this year. This is the first feature documentary from French American artist and filmmaker Lisa Rovner and it’s a brilliant piece of revolutionary filmmaking that sets your senses aflame. Not only is this film eye-opening, it’s ear-opening, in fact it goes beyond that…it’s truly soul-opening. “Sisters With Transistors” is a beautiful journey into a hidden world of female composers and electronic music that will capture your imagination and will lead you down a rabbit hole into a soundscape that is like nothing else you’ve ever heard before. END_OF_DOCUMENT_TOKEN_TO_BE_REPLACED

The United States feels like it’s at another turning point in its social history. Rebelling against injustice and protesting for change are things built into its core. There could not be a more perfect time for a documentary like Dawn Porter’s “John Lewis: Good Trouble” (2020) to be released. For those unfamiliar with John Lewis, he’s a Congressman representing the state of Georgia, who is well known for his history of non-violent activism during the Civil Rights Movement of the 1950s and 60s and his particular dedication to voting rights. END_OF_DOCUMENT_TOKEN_TO_BE_REPLACED

hat is what “Capital in the 21st Century” is like to watch. A bombardment of brain-achingly dense information you can barely comprehend before being whisked to the next complicated concept. All of which will make you angry but ultimately impotent. Who amongst us has the power to change the inheritance tax system? Not me. END_OF_DOCUMENT_TOKEN_TO_BE_REPLACED

This intimate and charming documentary by French director Sébastien Lifshitz follows 7-year-old Sacha and her mother Karine. They battle for her Sacha’s acceptance as a trans girl, and for a normal childhood. With a focus on family, support and identity this is a heart-filled and compassionate film which shows audiences what life can be like for a trans child. END_OF_DOCUMENT_TOKEN_TO_BE_REPLACED

Lynne Sachs’ documentaries are quite unlike anything else you will ever see. Poetic, impactful and moving journeys into unique worlds which are rarely captured on-screen whether it’s the hidden world of laundrettes in her film “The Washing Society” or the world of immigrants sharing a ‘shift-bed’ in “Your Day Is My Night”. Every film feels like it has a personal connection to Sachs, but it is perhaps her latest film, “Film About a Father Who” that is her most personal yet. END_OF_DOCUMENT_TOKEN_TO_BE_REPLACED

When you get fifteen minutes into this documentary, you wonder, why in the world would anyone give Richard Lett a platform? Lett has been dubbed the “Canadian George Carlin.” His comedy – if you can call it that – was demeaning, tactless, and truly reprehensible.

I had never heard of Lett before. My introduction to him was him degrading women, harassing his audience, and at one point, performed a horrendous song called the “Ballad of Robert Pickton” – Pickton was a serial killer in Canada who murder 50 women, most of them sex workers. I have watched awful “comedy” before but have never seen anything so reprehensible in my life. END_OF_DOCUMENT_TOKEN_TO_BE_REPLACED

This is an emotionally powerful yet strangely surface-level documentary which celebrates community and human spirit in the face of absolute devastation.

Directed by Ron Howard, the film follows the community of Paradise, California which was destroyed by wildfire in 2018. Thousands of homes were burnt to the ground, along with schools, hospitals and shops. END_OF_DOCUMENT_TOKEN_TO_BE_REPLACED

In the world of the Kiosk, everything is within a 2-metre distance. It’s a small, cramped and confined world, certainly not one for those suffering from claustrophobia. We find ourselves in the world of the Kiosk, seeing it through the eyes of the young French filmmaker Alexandra Pianelli. The Kiosk has been in her family for four generations now, and we can see the history of this world around us. In the coin trays, we can see how the wood has been worn down after years of fingers rummaging around for the right change, “the fossils of our fingers” is the way that the director describes it to us. Previously Alexandra’s mother was the sole inhabitant of this world, but now Alexandra is experiencing it and we are with her every step of the way. END_OF_DOCUMENT_TOKEN_TO_BE_REPLACED