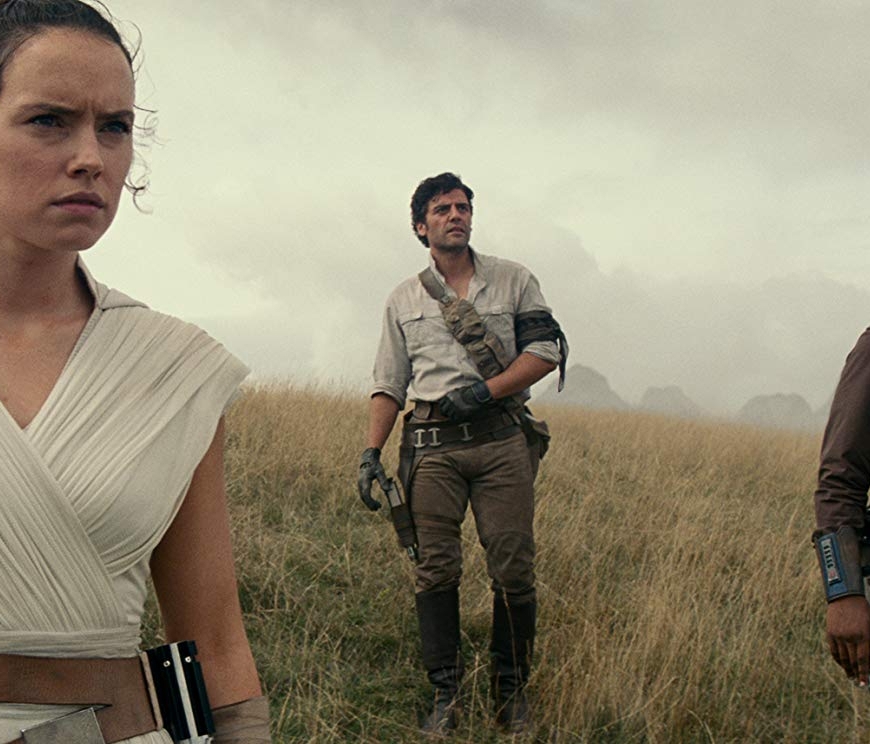 “Star Wars: The Last Jedi” (aka the greatest film of all time, don’t @ me) was a film about failure, hope and a genuine sense of rebellion. It ended with a young force-using child symbolizing hope for the future, and the passing of the torch that is the “Star Wars” franchise to a new generation.

“Episode IX” might as well have begun with that child being unceremoniously shot dead by a blaster bolt. “The Rise of Skywalker” is not only a film thoroughly disinterested in continuing the themes and arcs of the previous film, but actively works to undermine them. END_OF_DOCUMENT_TOKEN_TO_BE_REPLACED

2015. It had been 10 years since the Star Wars saga had wrapped up with 2005’s “Revenge of the Sith”. There I was standing in a massive line around noon waiting to get into a 7 pm showing of “Star Wars: The Force Awakens”. The first outing post-Disney buy out. No one quite knew what to expect. Reviews hadn’t gone live, advance screenings started at 3pm, the script had been kept tightly under wraps, it was all up in the air.

The marketing at this point had all eyes on Finn as the supposed new Jedi of this trilogy, with Rey as the leia type character. Portrayed by Daisy Ridley, nothing was known about this character, other than she was a scavenger who played into the story somehow. Little did we know she would actually be the main character of this new trilogy. So it took everyone by surprise when at the end it was her wielding the lightsaber in the climactic battle against Kylo Ren play by Adam Driver. END_OF_DOCUMENT_TOKEN_TO_BE_REPLACED

Anyone who uses social media to discuss their favourite tv shows or movies has probably run into a crazy fan or two. Most major franchises – Star Wars, Marvel, DC, Harry Potter, Doctor Who, Game of Thrones, Disney, etc- have a large following on social media that unfortunately includes some people whose goal is to make everyone else miserable.

These “Toxic Fans” (or “Toxic Fandoms” as a group) are defined as fans that are overly negative towards opposing opinions, are possessive, entitled, and/or abusive towards people they think are “ruining their franchise”. These groups of people have been in the spotlight recently for being so abusive they’ve made actors flee social media entirely. An example of this is with Rian Johnson’s “Star Wars Episode VIII: The Last Jedi” (2017) and its character Rose Tico and actress Kelly Marie Tran. END_OF_DOCUMENT_TOKEN_TO_BE_REPLACED