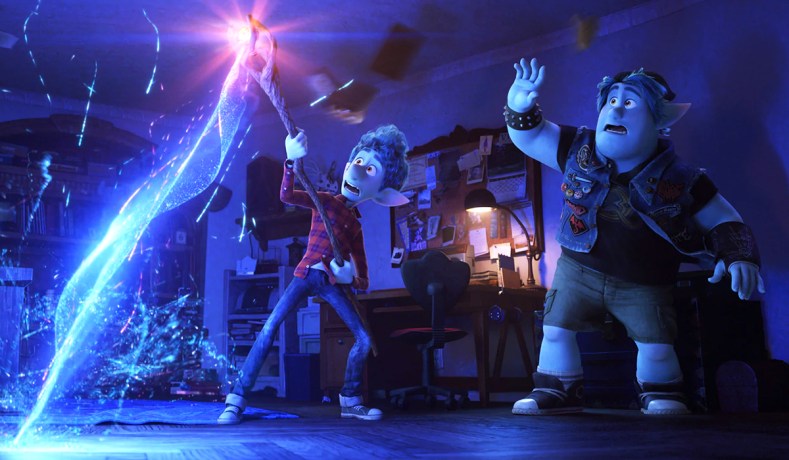 Pixar’s latest offering, “Onward,” is more than just your normal magical animated film; it’s a touching tale of brotherly love that deals with grief, learning to believe in yourself, and the awkwardness of your teenage years. Directed by Dan Scanlon, who previously worked on “Monsters University” (2013) for the studio, the movie feels both cleverly unique and markedly Pixar.

“Onward” is the story of brothers Ian and Barley, elves who live in a world in which modern technology has replaced magic long ago. It resembles our normal world, but populated by magical creatures from sprites to cyclops. While older brother Barley is obsessed with the magical past and the game Quests of Yore, Ian is just trying to celebrate his 16th birthday and not make a fool of himself in front of his classmates. When a special birthday gift offers Ian the chance to meet the father who passed away while he was still a baby, the two must go on a real quest of their own.  END_OF_DOCUMENT_TOKEN_TO_BE_REPLACED

A young girl has extraordinary skill in the defensive arts. She is independent, smart, humorous; in short, everything a mythic heroine should be. “Brave” (2012) captures the lush countryside of ancient Scotland in vibrant tones of green, brown and blue. We anticipate an epic journey for our heroine worthy of Joseph Campbell in the great tradition of Celtic folklore but are ultimately disappointed by a pedestrian plot that was clearly so much more at some point but has been reduced to clichés and confusion.

At the heart of the film is the relationship between teenage Merida (Kelly MacDonald) and her mother Elinor (Emma Thompson). Like so many others in a Disney/Pixar production, Merida is a princess on the cusp of being married. END_OF_DOCUMENT_TOKEN_TO_BE_REPLACED