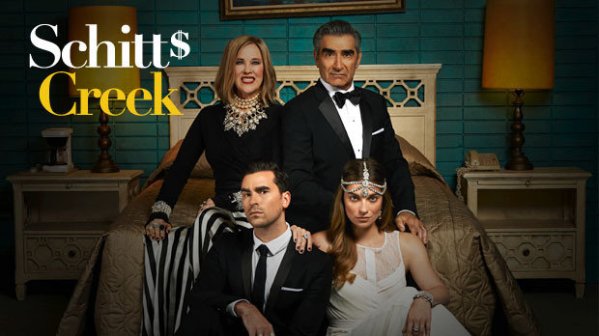 We are just a couple of months away from the beginning of the end. The Canadian comedy, “Schitt’s Creek” became a hit thanks to the audience Netflix brought. If you have not watched the show yet, now is the time to get started. The show follows the Rose family. Johnny (Eugene Levy) is the patriarch of the family. He obtained his wealth through video stores. Moira (Catherine O’Hara) is the matriarch, who starred on notable soap operas and is a C-list actress. Their children David (Daniel Levy – and Eugene’s own son) and Alexis (Annie Murphy) have never worked a day in their lives. One day, it is learned that the Rose family has lost everything after being defrauded by their business manager. But they do have one asset (no, Moira, not the children) – a small town called Schitt’s Creek that Johnny bought.