For the month of October, ITOL have decided to focus on the representation of witchcraft in film. From the early silent days of cinema, the theme of witchcraft has been a constant presence in film. In today’s culture, the term “witch hunt” has taken on a different meaning, mostly in a response to cancel culture and moral outrage. However, the term has existed for a lot longer than the digital age. From the period of 1450 to 1750, Europe and Colonial America witnessed between 35,000 to 100,000 executions of those who were declared “witches”.

Set in 1630, Robert Eggers’ “The Witch” takes place in this period of hysteria, a time where misogyny reigned and sexually active women were to be feared and casted out from society. While one reading of the film’s ending may be that Thomasin (Anya Taylor-Joy) gains her independence as a woman and discovers her true power through her sexual awakening, but one could also argue that film also acts as a warning of such, if we label someone as a “witch” do we actually drive them to embrace that darkness?

The theme of banishment and social rejection is at the centre of this film. In fact, when we are first introduced to Thomasin and her family, they are in the process of being banished from their New England settlement over a religious dispute. The family’s patriarch William (Ralph Ineson), takes this banishment in his stride. To him, it’s a new opportunity, a fresh start if you will. At no point does he stop to regard the feelings and concerns of his wife . His wife Katherine (Kate Dickie) is a bundle of nerves, a neurotic ticking time bomb waiting to explode. However, William seems reluctant to do anything but to meekly assure her; he’s too occupied with his plans of building a farm beside a secluded foreboding forest.. You just have to take one look at the forest to know something evil lurks there, but still the family press on with their dreams of building a better future.

“The Witch” remains just as frightening and as invoking as ever. A film brooding in atmosphere and full of suspense.”

One day, when Thomasin is playing peekaboo with Samuel, the baby abruptly disappears. This is perhaps the most effective and dreadfilled scene in the entire film. The camera looks up at Thomasin’s face throughout the peekaboo game, and we witness the terror wash over her when she discovers the baby is gone. William assures the family that a wolf has taken the infant. We already know that this isn’t the case. Eggers shows us the truth of what has happened to the child. He makes sure to cut away before we witness anything too graphic, but insists on showing us the aftermath in all of it’s horrific glory.

Time passes by. Katherine, devastated by Samuel’s disappearance, spends her days crying and praying, her mental state seems to be worsening. With her mother unable to function, the role of homemaker has fallen upon the shoulders of Thomasin, who does her best to tend to the twins Mercy and Jonas, who have been fixated with the family’s billy goat, Black Phillip. The family’s crops seem to be failing, and it is revealed that William has sold Katherine’s silver cup for hunting supplies. Despite preaching to his children to tell the truth, William lies constantly, his actions resulting in Katherine to suspect Thomasin. Perhaps it’s the threat of the younger woman, which drives Katherine’s resentment towards her daughter and her requests (or rather orders) to send Thomasin to serve another family. It would appear that Thomasin may be her father’s favourite, as he displays genuine affection towards her. There is also an incestuous undertone with Thomasin’s brother Caleb (Harvey Scrimshaw) gazing upon her body. Caleb seems to be their mother’s favourite, so perhaps this is where the hatred towards Thomasin steams from.

“In the world of “The Witch” sound is everything. Silence seems to haunt the characters as much as the outside threat of the witch. “

When Caleb disappears, the twins start to accuse Thomasin of being a witch. This is perhaps a nod to the original Salem Witch Trials of 1692-93, which saw Betty Parris (age 9) and her cousin Abigail Williams (age 11) accusing several other women of placing a spell on them in order to explain their odd behaviour. There is no proof that Thomasin has been practicing witchcraft, but the act of labelling her a “witch” is what leads her to embrace that darkness.

From the very beginning, Eggers and composer Mark Korven play with our nerves, placing us on edge. The film’s score shirks and cackles, as if it’s not actually music but the recordings of the inner thoughts of a witch. Korven wanted his score to be “tense and dissonant”, and he certainly evokes this response from the viewer. Eggers vetoed the use of any electronic instruments and “didn’t want any traditional harmony or melody in the score”, and so Korven chose to create music with atypical instruments, including the nyckelharpa and the waterphone. In the world of “The Witch” sound is everything. Silence seems to haunt the characters as much as the outside threat of the witch.

The level of detail we see in the film is beyond impressive and is what elevates this film to a whole other level. In order to give the film an authentic look, Eggers shot only “with natural light and indoors, the only lighting was candles”. Costume designer Linda Mui consulted 35 books in the Clothes of the Common People in Elizabethan and Early Stuart England series to plan the costumes, which were made with wool, linen, or hemp. Jarin Blaschke’s cinematography helps to create a feeling of claustrophobia and voyeurism, even when there is a wide shot, we can’t seem to shake off the feeling that the family is being watched.

Overall, “The Witch” remains just as frightening and as invoking as ever. A film brooding in atmosphere and full of suspense. A film which explores the paranoia of the pre-Industrial era, a world hellbent on controlling the lives of women and dominated by religion and the patriarchy. It’s a film that blends all the elements of the mise-en-scene to effectively scare the viewer in an intelligent way that doesn’t rely on cheap jump scares and over the top performances. If you haven’t seen it already then please make sure to seek it out this Halloween. 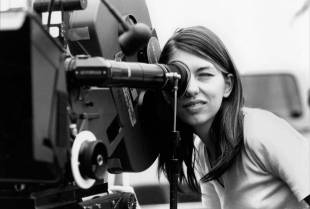