Lee Marshall stars as Rowan, a visibly troubled and timid young woman who has been invited by her best friend Betty (Lauren Beatty) to go with her and her slightly boorish boyfriend Brendan (Aris Tyros) to go on a weekend getaway to their holiday cabin. Despite Betty’s insistence in that she wanted to invite her, Rowan feels like she’s holding the couple back and experiences a sense of social anxiety. But that is the least of her problems. To pass the time — through all the banal conversations and interactions — she takes up drinking. While it does work at first, her state of mind becomes quite lucid, which leads to her prone to dreams and visions that could be seen as menacing. Her visions also add tension to her interactions with Betty and Brendan to the point that she has reasons to believe that Betty has ulterior motives for bringing her for the trip. Things are going to get bloody.

“Writer/director Moses is a talent to behold as she is already making the most out of her scant resources.”

“Bleed With Me” (2020) is the feature-length debut from writer/director Amelia Moses, who is best known for her short film “Undress Me” (2017), a strong example of meshing genre tropes with relatable human issues; in this case it was body horror and the topic of sexually transmitted diseases. In the case of her latest project, it appears to be a return to familiar territory for Moses (as well as her returning lead actress/producer in Lee Marshall). But will it be a worthwhile expansion of Moses’ talents as a maturing filmmaker? The film starts off well in establishing the mindset of Rowan. By keeping the POV on her via extreme close-ups — which prove very effective in the opening shots — the claustrophobic effect that is felt by her and her anxiety is powerfully felt. The blocking and set-ups are well-done as it capably conveys the distance between Rowan and the couple. It is from there when you realize that writer/director Moses is a talent to behold as she is already making the most out of her scant resources. When the film delves into the complications of the story, Moses bides her time by letting the audience know the characters first. The character interactions are compellingly enigmatic. The chemistry between Rowan and Betty is believably flawed and writer/director Moses instills enough doubt that the audience will be able to notice hints of toxicity within the friendship i.e. how Betty boasts about seeing Rowan for the first time as co-workers; a sign of friendship via utility rather than mutual respect.

When the film embraces the horror, it works well since the film’s adherence to character and pacing pays off. The memorable images and sound design conjured by DOP Rene Arseneau and Zachary Scholes are thankfully sparse and it blurs the line between fantasy and reality without resorting to excess in terms of bells and whistles like jump scares. One particularly memorable image involves a person standing in front of the kitchen sink, bathed in darkness and moonlight and it comes across as monstrous and otherworldly. The film also does well to apply real-life afflictions that fit in with the body horror genre tropes while making it organic in terms of character. In particular, the portrayal of sleep paralysis comes across as surprisingly genuine — as this reviewer himself has experienced several times before — and it adds a considerable amount of tension and credence to the atmosphere and the character arc of Rowan.

“The lead actors are all great in their roles as they all come off as compelling and never resort to histrionics or pantomime that could hurt the drama.”

Alongside the backstory of Rowan that informs her current state of mind (which involves a story about a potential stalker) as well as the creepy actions involving blood, it is a lot for Rowan to take and the audience is a part of that ride. 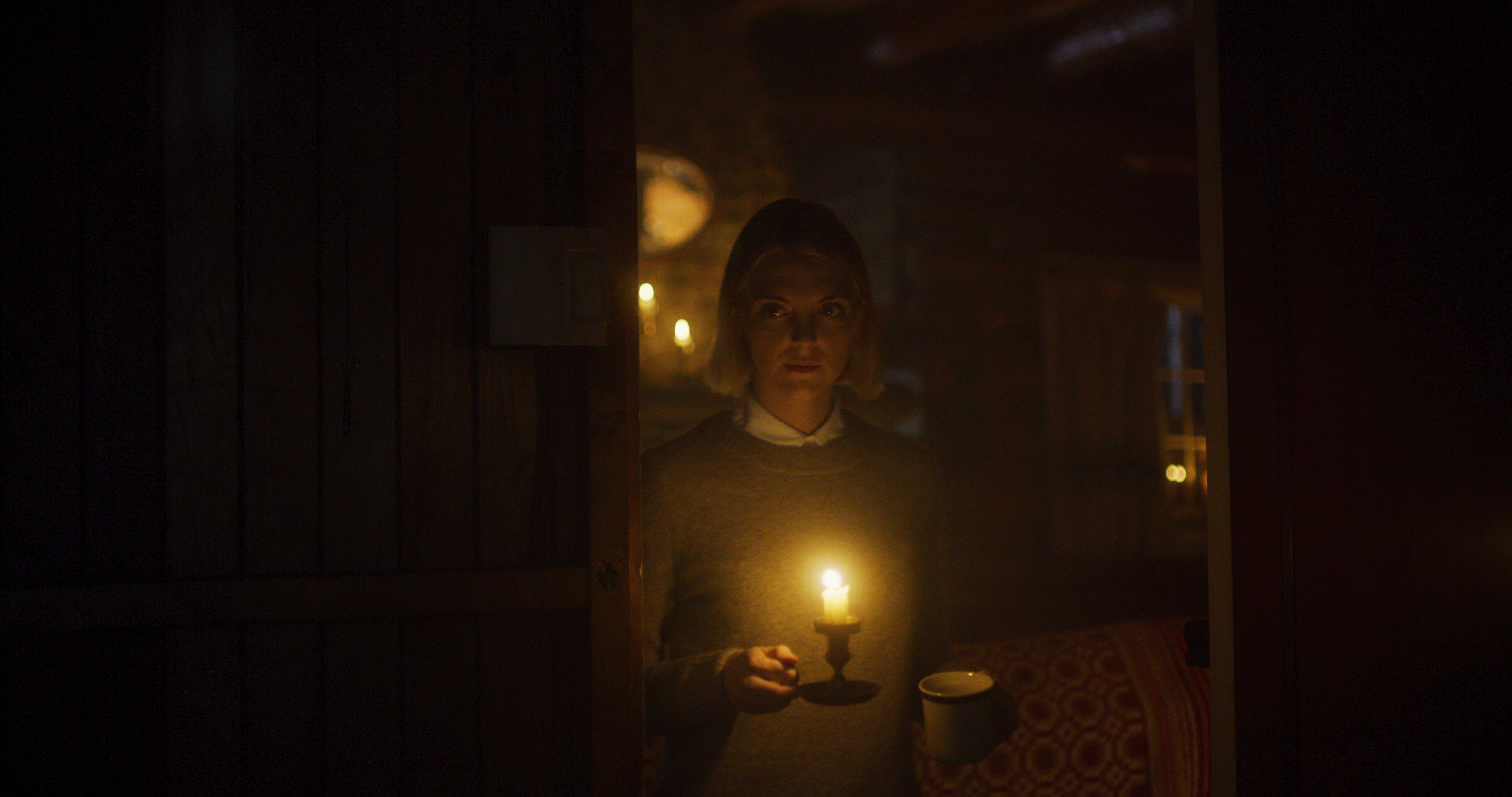 The lead actors are all great in their roles as they all come off as compelling and never resort to histrionics or pantomime that could hurt the drama. While Tyros is essentially a plot device and a catalyst for some of the conflicts in the storyline, his portrayal of the character of Brendan works since he never comes across as a brute nor is he written as a contrivance. However, the standouts however are the lead women. Marshall manages to internalize the conflicts that Rowan goes through brilliantly while Beatty straddles the balance between passively suspicious and appealingly warm with nuance and sincerity — that is not to say she does not enjoy a little camp now and again as evident in a sex scene in the second act.

“When the film embraces the horror, it works well since the film’s adherence to character and pacing pays off. The memorable images and sound design conjured by DOP Rene Arseneau and Zachary Scholes.”

As for the film’s flaws, the payoff in the conclusion after all the horror implications may come off as slight but this is a film that has its main focus on character rather than plot and on those terms, it succeeds handily. “Bleed With Me” is an assured feature-length directorial debut from writer/director Amelia Moses thanks to the film’s sharp focus on the psychological to deliver scares and compelling drama. Recommended. 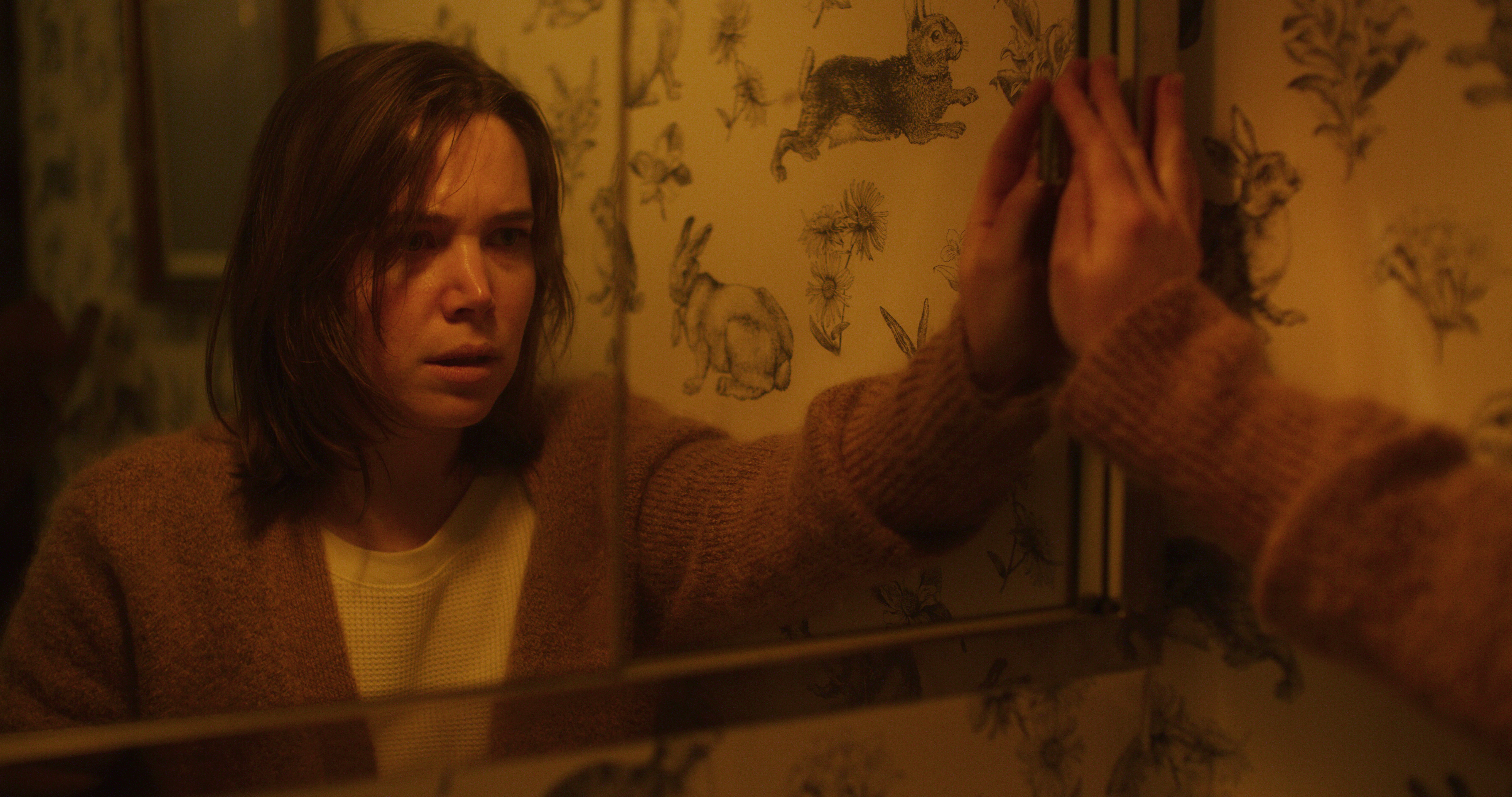 “Bleed With Me” will be having its World Premiere at Fantasia Film Festival from 20th August to 2nd September.