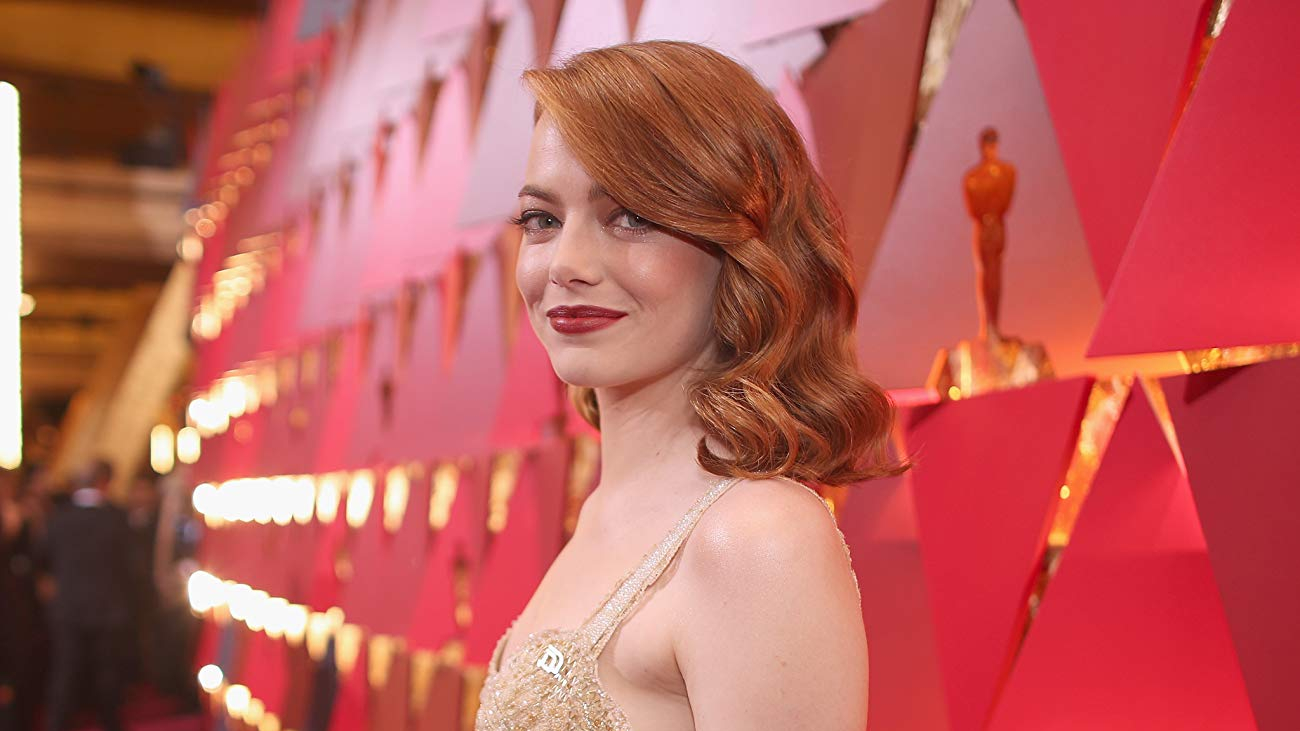 Emma Stone didn’t begin the 2010s as a Hollywood superstar. Sure, she had already begun her climb up the ladder in the prior decade through supporting roles in “Superbad” and “Zombieland”, but she was hardly a household name. But ten years later do fly by, and in that time Stone has managed to build upon her success to become one of the most eclectic and humble actresses of the 2010s. Her early comedic work may still define much of her persona, but Stone has over this decade shown time and again she is more than just the quirky girl-next-door.

Stone began her 2010s with a bang with her first leading role in “Easy A”, a comedic reimagining of Nathaniel Hawthorne’s “The Scarlet Letter”. As Olive Penderghast, she immediately felt like a genuine teenager; a smart and witty one, yes, but with a sense of modesty and world-weariness that grounded her.

Her transformation into this exaggerated parody of a promiscuous young woman was refreshingly subversive, rebelling against the sexist stereotyping and slut shaming that’s dogged women across both art and reality, which hilariously contrasts against the real Olive: a down-to-earth, dorky girl who spends a whole weekend semi-ironically listening to “Pocketful of Sunshine”. The film proved to be Stone’s breakout role, garnering her rave reviews and flattering comparisons to a young Lindsay Lohan. It was a humble but promising start to the decade that would make her.

“Her early comedic work may still define much of her persona, but Stone has over this decade shown time and again she is more than just the quirky girl-next-door.”

Stone slowly continued her rise through stardom in 2011, having both her first collaboration with Ryan Gosling in “Crazy Stupid Love” and her first dalliance with awards success with amongst the ensemble cast of “The Help”. She then broke into the blockbuster scene in the “Amazing Spider-Man” series opposite Andrew Garfield. Though the two films endured mixed critical reception, Stone’s performance was always a bright spot. Not only was her on-screen chemistry with Garfield dynamite, she was a far cry from the typical superhero love interest of yesteryear.

Her Gwen Stacy was just as smart, if not arguably smarter, than her wall-crawling counterpart, and she generally avoided typical damsel-in-distress tropes by actively participating in the film’s action climaxes; a progenitor of the proactive female roles slowly gaining prominence in the genre.

What ultimately proved to be Stone’s biggest career-shift, however, came with 2014’s “Birdman”. Playing the troubled daughter of Michael Keaton’s washed-up movie star, this was her first major opportunity to drop her usual comedy persona to play a cynical, bitter and frustrated recovering drug addict. Confident opposite venerable actors like Keaton and Edward Norton, Stone’s command and versatility as an actress shines through in any actor’s dream scene: a monologue. Dressing down Keaton’s Riggan as a self-pompous hack using art as pretence for self-importance, Stone shows a side of herself previously unseen, and the work paid off with her first nomination for an Academy Award.

Stone went fairly quiet after her first Oscar nod, popping up in cameo roles and disregarded projects from Woody Allen and Cameron Crowe.

“Though hardly a vocal superstar, Stone’s ability as an actress shone through in her music, most evident in her tearful performance of “Audition (The Fools Who Dream)”. The endeavor ultimately paid off, and Stone won Best Actress at the 2017 Oscars.”

However, Stone leapt back into the spotlight with 2016’s “La La Land”. Her third role opposite Gosling after the oft-forgotten flop “Gangster Squad,” Stone stepped into the role of aspiring actress Mia after Emma Watson dropped out (a switcheroo recently rebalanced by Watson replacing Stone in “Little Women”), but regardless the role felt tailor-made for her. It was easily her most demanding performance yet, with acting, dancing and singing all on display.

Though hardly a vocal superstar, Stone’s ability as an actress shone through in her music, most evident in her tearful performance of “Audition (The Fools Who Dream)”. The endeavor ultimately paid off, and Stone won Best Actress at the 2017 Oscars, though her win also left an unintentional mark on film history: it was a mix-up with her envelope backstage that later that night led to “La La Land” erroneously being awarded Best Picture instead of “Moonlight”.

Stone immediately followed this up with “Battle of the Sexes”, playing legendary tennis player Billie Jean King. Despite strong reviews for the film and Stone’s performance, most audiences and awards bodies unfortunately ignored it. However, it was her next film that not only gave her another shot at Oscar glory, but also once again shifted the world’s perception of her abilities.

“From international blockbusters to quaint indie flicks, Stone assuredly has a bright future ahead in cinema no matter what path she chooses to walk next”

“The Favourite” was a different film for many involved, but especially for Stone. An English-set, period piece black satire directed by Yorgos Lanthimos seemed like a far reach for the thoroughly modern and American Stone, but once again she proved the doubters wrong. Her years of capably jumping between comedic and dramatic performances were essential for a complex role that required both in top form, and the final result was a thoroughly idiosyncratic performance. Though Olivia Colman ran away with much of the film’s success, Stone was still able to leave her mark and garnered her third Oscar nomination.

It seems somewhat fitting that Emma Stone finished her 2010s the same way she ended her 2000s: starring in a Zombieland film. Watching Double Tap was a cinematic reminder of how far she’d come as an actress, all whilst staying true to the qualities that made audiences fall in love with her in the first place. From international blockbusters to quaint indie flicks, Stone assuredly has a bright future ahead in cinema no matter what path she chooses to walk next, and there will assuredly be thousands more attentively watching wherever she takes her next step.

You can check out more of Jennifer’s work here: altfilmlens.wordpress.com

What’s your favourite Emma Stone performance? Let us know in the comments.