The first Mexican actress to work in Hollywood during the silent era was Dolores Del Rio. Born on August 3, 1904, in Durango, Durango, Mexico, Dolores was born into an elite family raised surrounded by expensive gifts, grand haciendas, where she was treated like a princess. At a very young age, she would be nicknamed “Lolita” by close family and friends.

During the Mexican Revolution, the two most prominent figures were Pancho Villa and Emiliano Zapata. Pancho Villa, whose real name was Doroteo Arango, became a feared rebel after he shot the man who raped his sister. You may be wondering why I’m presenting you this mini-history lesson, it so happens that the man who raped Pancho Villa’s sister was Dolores Del Rio’s grandfather (talk about 6 degrees of separation). Years later, this incident would directly affect a young Dolores forcing her to relocate to Mexico City. There she would attend a sophisticated French school where she’d learn the French language and an array of artistic skills, including dance.

“Dolores became the first Mexican actress to work in Hollywood’s silent era. She would initially be shown with a lighter skin tone resembling an elite European ancestry…According to Carewe, Dolores was well on her way to become the female Rudolph Valentino.”

Some years later, she would meet her first husband, Jaime Del Rio, who then introduce her to Edwin Carewe. Edwin, a Hollywood director, would be responsible for discovering Dolores and would later convinced her and her husband to move to Hollywood. Since the revolution had directly affected elite families, including Dolores and her husband, Hollywood sounded like the perfect opportunity to rebuild their lives (economically). 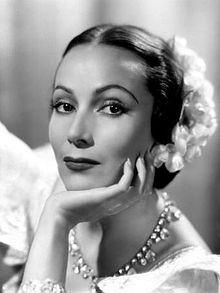 Dolores became the first Mexican actress to work in Hollywood’s silent era. She would initially be shown with a lighter skin tone resembling an elite European ancestry. She was commonly introduced as belonging to the Mexican elite but would often emphasize her “Spanish” decent. Her beauty and exotic appearance would be exploited by Carewe. According to Carewe, Dolores was well on her way to become the female Rudolph Valentino. However, she wasn’t the exception to discrimination and racism, regardless of her social class and beauty. Her name was changed and orthographically misspelled (in Spanish) as a form of distancing her from her roots. Dolores was still determined to make a change in the industry by not portraying the stereotypical Mexican villain.

The first two years of her ife in Hollywood (she arrived in 1925), Dolores starred in eight films making her one of the most popular actresses of the ’20s. Her first film, “Joanna” (1925), would be a slight disappointment for Lolita and her husband since she was promised a more prominent role. Carewe assured her that this slow start was expected, after all, not every actor began their career starring in a film. She would continue to have secondary roles until her first starring role in the movie “What Price Glory?” (1926) where she portrayed Charmaine, a young woman whose love would be at play between two marines. This film would be her first critically acclaimed movie where her acting abilities would be noticed. “What Price Glory?” would bring Lolita stardom and would be one of the top films of that year.

Lolita would then sign with United Artists, where she will star in several films her first film being “Resurrection” (1927), which unfortunately didn’t achieve the same success of “What Price Glory?”. “Ramona” (1928) would come along, giving her one of her most memorable characters. A woman, who is half Spanish and half Indigenous, she’s raised in Southern California and falls in love with an Indigenous man. This would be a groundbreaking film because it would portray an Indigenous man as a romantic interest, and it’d also allow Dolores to embrace her Indigenous roots.

Her manager would always emphasize her “Spanish” ancestry, so it’s no secret he was nervous about her accepting this role. Lolita would follow this film with “The Trail of 98′” (1928), “The Red Dancer” (1928), and “Revenge” (1928). After the crash of 1929, the film industry took a hit, and many celebrities who owned real estate would be directly affected by the depression, Dolores included. She would work extremely hard to the point of exhaustion. Her health would become compromised, and she would be forced to take time off to recuperate. Unfortunately, her illness will keep away long enough for United Artists to terminate her contract. 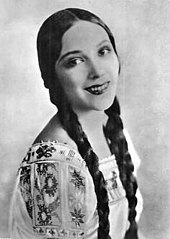 Dolores will return to the big screen with the film “The Girl of the Rio” (1932), a project previously canceled by United Artists. She’d portray a Mexican working in a cantina, but the Mexican press didn’t hesitate to criticize her work since they felt she was portraying a stereotypical Mexican character. Lolita would reemerge to stardom with “Bird of Paradise” (1932) for RKO pictures. Her next film would be “Flying Down to Rio” (1933) alongside Gene Raymond, Fred Astaire, and Ginger Rogers. During the 1930s, Del Rio would be in fifteen movies, but her light would slowly begin to dim as she started to age. 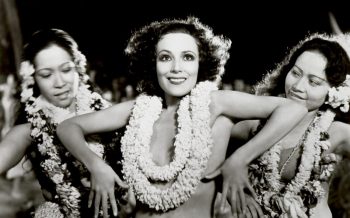 Meanwhile, Dolores would make and to continue to keep her connections in her native country. Some of her close friends were Diego Rivera, Frida Khalo, and Jose Clemente Orozco, some of Mexico’s most respected and famous painters. In the late 1930’s she would be cast in roles she found unchallenging. By this time, Dolores was no longer the sex symbol she was once praised and beloved for. Her last film, before making her transition to Mexico, was “Journey into Fear” (1943) alongside her then real-life partner, Orson Welles.

“Dolores Del Rio was one of the few actresses to successfully transition from silent films to talking pictures. On top of that, she returns to her home country, where she would be a pioneer in the golden age era of Mexican cinema.”

Her personal life wasn’t perfect as she would divorce her first husband (who would commit suicide years later) and later marry her second husband only to divorce for a second time. Her next famously known romance would be with Orson Welles. Dolores would support him as he was filming “Citizen Kane,” and she accompanied him to the premiere. Sadly this relationship wouldn’t last either.

Her emotional pain, in addition to the WWII consequences in the industry, would eventually persuade Dolores to return to Mexico. She stated that “she wanted to no longer be a celebrity and leave all the stardom behind to become an actress, and this would only be attainable in Mexico.”

Dolores Del Rio was one of the few actresses to successfully transition from silent films to talking pictures. On top of that, she returns to her home country, where she would be a pioneer in the golden age era of Mexican cinema. Not many actors have these accomplishments in their careers, and those who do deserve to be known. In this Women’s History Month, I’m honored to share Dolores Del Rio’s achievements, a woman who laid the foundation for future Latinas in Hollywood.