Are you climbing up the walls yet? Being in self-isolation is tough, but completely necessary (we can’t emphasis that enough). No fear, we’re here to help make things a little more bearable with some recommendations on films you can catch on Amazon Prime that just so happen to be from a female filmmaker. Hopefully, these films will keep you entertained and we hope there are some featured on here that you aren’t aware of. Let us know some of your recommendations in the comments below. Keep safe, stay indoors and use this time wisely…to catch up on some movies!

“Hustlers” made our list of top 50 films of the decade last year, and if you haven’t had a chance to check it out then it’s now on Amazon Prime. Directed by Lorene Scafaria, and based on an article from New York Magazine, the film tells the story of a crew of savvy former strip club employees who band together to turn the tables on their Wall Street clients. Featuring a great cast consisting of Constance Wu, Jennifer Lopez, Julia Stiles, Lili Reinhart and Cardi B among others, “Hustlers” is an enjoyable, entertaining watch with a powerful message of sisterhood at its core. Once you’ve had a chance to check it out, then make sure you read this fantastic piece: Clowns vs. Strippers: How Joker and Hustlers each pay tribute to the films of Martin Scorsese.

Why it’s prime viewing: J-Lo and Constance Wu are just awesome and this film has a great soundtrack!

Another film about female friendship is Sophie Hyde‘s hilarious “Animals”. Adapted from the book by Emma Jane Unsworth (who wrote the film’s screenplay), “Animals” follows two friends Laura (Holliday Grainger) and Tyler (Alia Shawkat) as they do their best to navigate life and love in Dublin, Ireland. However, the girls find themselves drifting apart when Laura becomes engaged. Both Shawkat and Grainger are superb here, and we fully believe in their friendship on-screen. A word of warning, these girls party hard so expect lots of booze, drugs, swearing and glitter.

Why it’s prime viewing: Because “Animals” proves that women know how to party hard like men and there’s some real “I shouldn’t be laughing at this but I can’t help it” moments. 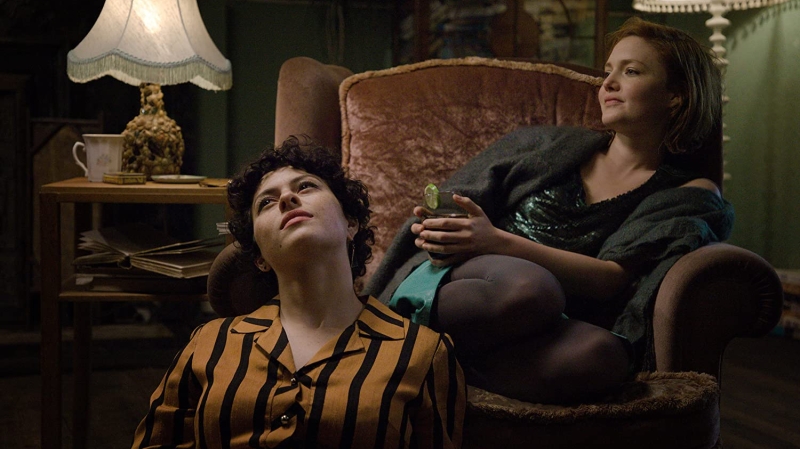 3. Blinded by the Light

Our deputy editor Rosa’s personal favourite film of 2019, “Blinded by the Light” is one of ITOL’s favourite films and it made our list of top 50 films of the decade. If you haven’t seen it already then now is a perfect opportunity to catch it, and trust us you this will leave you smiling from ear to ear. Set in the U.K. in 1987,  the film follows Javed (Viveik Kalra) a teenager from an Asian family who learns to live his life, understand his family and find his own voice through the music of American rock star Bruce Springsteen. “Blinded by the Light” is the very definition of ‘feel-good’ and is the perfect film to put on at any time of the day.

Why it’s prime viewing: Who doesn’t love singing along with “The Boss”? This film is so good-hearted that it’s hard to fault it.

A little more serious then the other entries on this list, Nadine Labaki‘s “Capernaum” tells the story of Zain (Zain al-Rafeea), a Lebanese boy who sues his parents for the “crime” of giving him life. The film follows Zain and his friendship with Ethiopian migrant worker Rahil, who provides him with shelter and food, as Zain takes care of her baby son Yonas in return. Zain later gets jailed for committing a violent crime, and finally seeks justice in a courtroom, by suing his parents. This film may sound bleak but there are some genuinely beautiful moments that reflect the innocence of childhood and the power of friendship.

Why it’s prime viewing: It’s hard not to be impressed by Zain al-Rafeea’s incredible performance and it’s a great film to put on if you need a good cry. 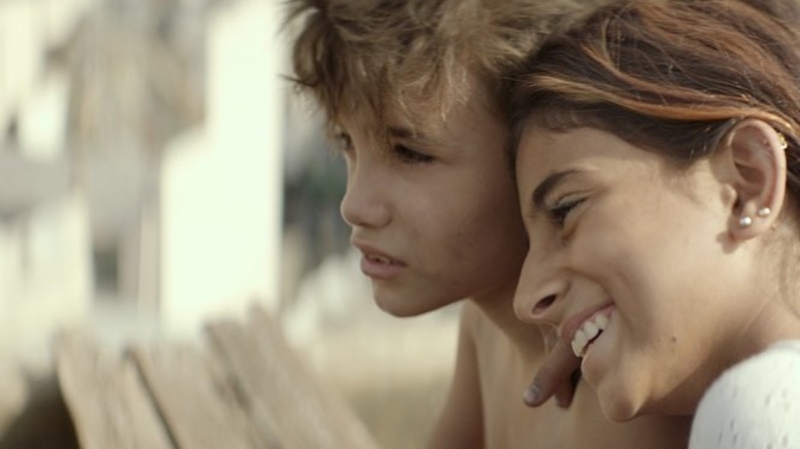 If you have finally run out of episodes of “Tiger King” and you’re looking for some WTF documentaries to watch then Lauren Greenfield‘s filmography is well worth a visit. Greenfield’s documentaries always follow the most controversial people, and “Generation Wealth” features a lot of people who have more money than sense. The film focuses on modern western society’s obsession with wealth, status and fame, while also reflecting on how other countries such as Russia and China are now becoming obsessed with material wealth. When you consider the current economic climate, this documentary will leave you completely baffled, sad and frustrated that there are people out there who have sacrificed true happiness for wealth.

“The Voices” follows Ryan Reynolds spending a considerable amount of time talking to his evil pet cat Mr Whiskers and a benevolent talking dog called Jerry, who convince to kill his co-workers. If the sound of this whacky plot doesn’t immediately strike up your intrigue then I don’t know what will. From the director of “Persepolis” (which is also great, and definitely something you should check out), “The Voices” is Satrapi’s English Language debut and it’s a bit whacky, and a lot of fun. It goes to some really dark places, but Reynolds manages to hold it all together, and there are some great performances from his co-stars Anna Kendrick, Gemma Arterton and Jacki Weaver. Oh, and Reynolds does all the voices for the animals!

Why it’s prime viewing: Completely surreal in places and ends in a big musical number, “The Voices” is one of those films you need to see to believe.

Maggie Gyllenhaal is a severely underrated actress, and if you’re not convinced by her talents then Sara Colangelo‘s drama “The Kindergarten Teacher” will prove to you just how damn good she is. Gyllenhaal plays Lisa Spinelli, a kindergarten teacher in New York who becomes obsessed with one of her students, Jimmy, (Parker Sevak) whom she believes is a child prodigy. Lisa tries to pass off Jimmy’s work as her own, and rather than nurture the young boy and his talent, she sets about trying to exploit it for her own needs. The final act of the film is very intense as we watch Lisa’s life spiral out of control as she makes one bad decision after another. Thankfully Colangelo always ensures to never cross any lines.

Why it’s prime viewing: If you’re looking for a good drama then “The Kindergarten Teacher” is worth seeking out.

Okay, this hasn’t aged all that well but still, you’ve got to love Nancy Meyers’ work and Helen Hunt is delightful in this film, and yes even Mel Gibson is bearable. Gibson plays Nick Marshall, your typical womaniser who is only interested in getting what he wants. However, a fluke accident enables him to hear what women think. At first, all he wants to do is rid himself of this curse, until he realises he could use this ‘gift’ to his advantage, but then, of course, love gets in the way. Silly, and cheesy, “What Women Want” is a great film to put on and just distract yourself from the ills of the world for a couple of hours.

Why it’s prime viewing: Just a bit of fluff that is perfect to watch while chilling out on the sofa. 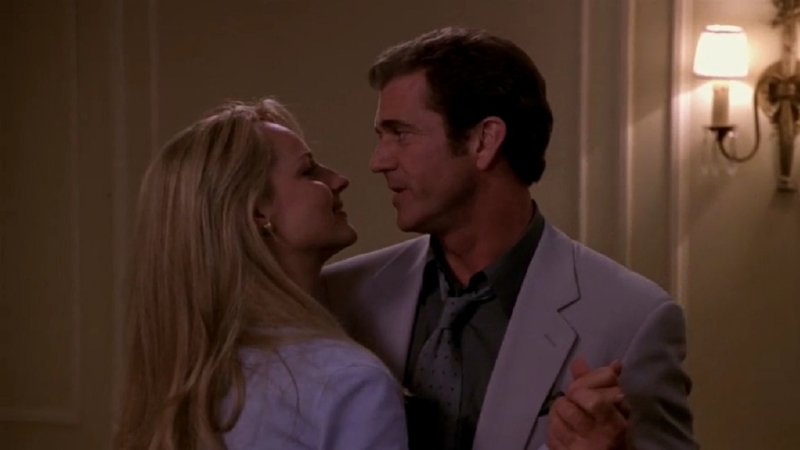 “Nowhere Boy,” tells the story of John Lennon’s (Aaron Taylor-Johnson‘s) childhood and his teenage years from 1944 to 1960, focusing on his relationship with his Aunt Mimi (Kristin Scott Thomas) and his mother Julia (Anne-Marie Duff) – the two dominant women in the first part of his life. We also see the first meeting between Lennon and Paul McCartney (Thomas Brodie-Sangster) and George Harrison (Sam Bell),  and the emergence of their friendship, as well as their shared love for music, and the birth of The Beatles. For any massive fans of The Beatles then this is a must-see. The filmmakers also manage to carefully and effectively replicate the lates 50s and early 60s era in great attention to detail.

Why it’s prime viewing: You could watch Sam Taylor-Johnson’s other film, but it’s probably best to stick to something a little less…cringey.

Anyone who was growing up in the U.K. in the 2000s probably knew of Louise Rennison’s novels which told the adventures of Georgia Nicolson, who is an eccentric but loveable teenage girl. The film follows Georgia (Georgia Groome) as she tries to maintain a diary about the ups and downs of being a teenager, as well as trying to overcome the trials and tribulations of growing up. This teen comedy focuses on Georgia as she tries to organise her fifteenth birthday party and more importantly find a boyfriend. It may not be a classic but it’s a great silly little film which will make you recall how embarrassing it was being a teenager. And, the soundtrack features the likes of Scouting for Girls, The Ting Tings and Lily Allen.

Why it’s prime viewing: Because there’s nothing more fun than watching a classic coming-of-age film from when you were a teen.