The Taiwanese New Wave film “The Sandwich Man” featured at the Taiwan Film Festival consists of three shorts, all adapted from the works of novelist Huang Chun-Ming. They offer a different take on similar themes, looking at providing for a family, consumerism, and changing society.

They all have families at the heart and look in particular at men’s ability to support their loved ones. 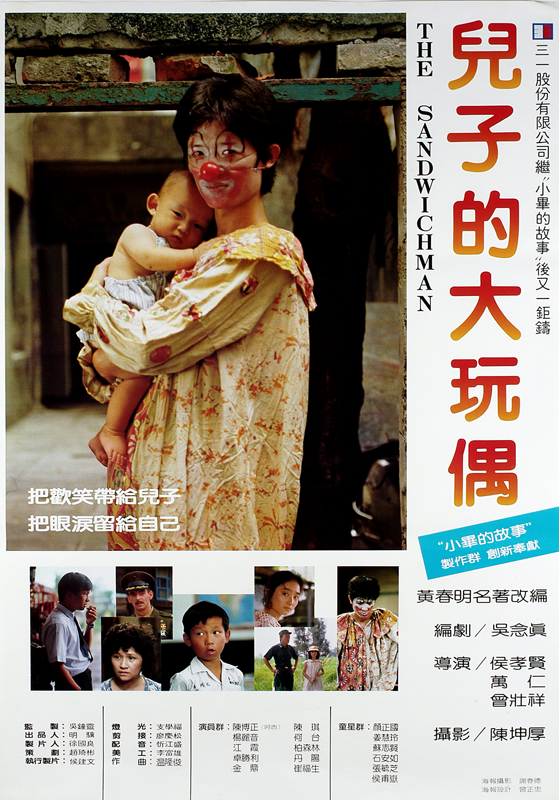 A father struggles to find work to provide for his wife and baby boy. On the brink of despair and depression, Qun-Shu creates an elaborate clown costume that he couples with a sandwich board to become a walking advertisement.

After getting a promotion, he is finally able to shed the clown costume and ride a tricycle instead. But after so long wearing heavy makeup, his infant son no longer recognizes him.

This film points to advertising and consumerism as the new way to earn a wage. But in order to do this, our protagonist has to become a literal clown.

This film points to advertising and consumerism as the new way to earn a wage. But in order to do this, our protagonist has to become a literal clown. He’s desperate and depressed but has to go out to work each day in bright happy makeup. His whole demeanor oozes with sadness.

His wife is at the end of her rope too, having to do so much work to keep their home clean and take care of the baby. Their relationship is strained, but ultimately, they are a loving family who just want what’s best for each other.

There are a few timeline changes in this film that can create some confusion about the baby’s birth and the family situation. But this doesn’t detract too much from the narrative. It’s a very tender portrayal of a man who loves his son and sacrifices his dignity in order to provide for his family. 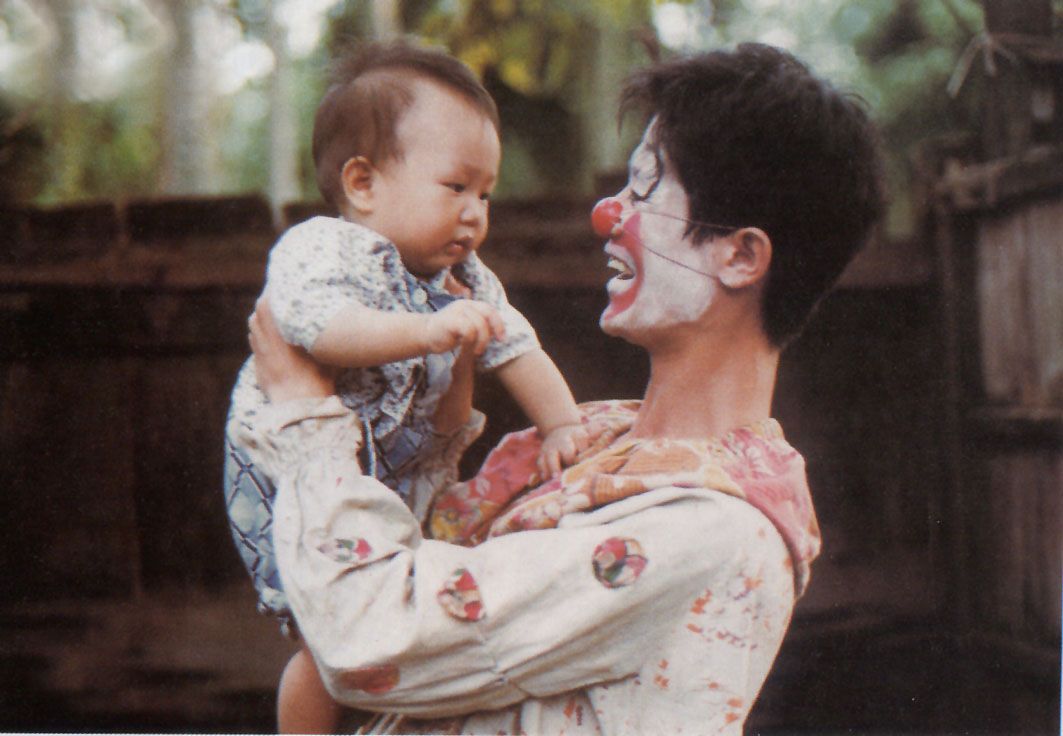 This film draws on superstition to play with the idea of being cursed. It features two men, Wang and Lin, who become traveling salesmen. They arrive at a remote coastal town to try to sell pressure cookers to the locals who distrust this new invention.

One particular local girl seems to constantly appear, always wearing the titular hat. Wang starts to become obsessed, believing there’s some kind of curse on her family. Meanwhile, Lin is plagued by misery and misfortune, resulting in a tragic ending.

As with “The Sandwich Man,” consumerism seems to be a way out for the protagonists but comes with great harm. They need to make sales, but the act of doing so removes them from the very families they are trying to provide for.

Even the product they are trying to sell — pots imported from their previous colonizer, Japan — seems cursed. They struggle to use it without getting burned or have it blow up.

This is a mysterious film full of frustrations and bad luck. It shows hard-working people trying to ride out societal changes to get ahead, but their families and their lives are damaged in the process.

“A Taste of Apples,” directed by Wan Jen 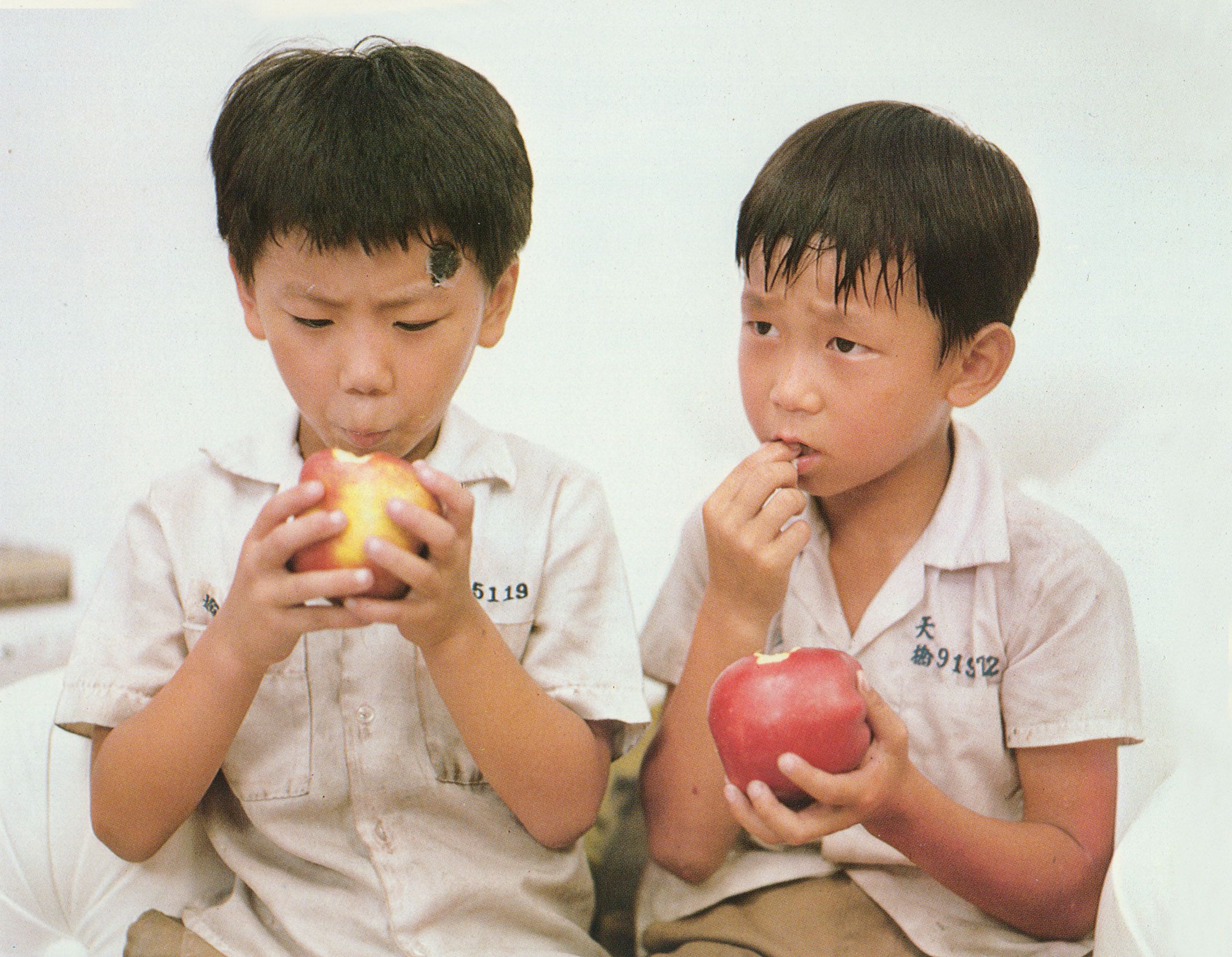 By far the strangest film in the anthology, this is almost a farce. It shows the impact of American forces on Taiwanese people in an incredibly benevolent way alongside the very real harm done.

An American colonel’s car hits an unseen man, leaving a trail of blood. A local police officer helps the Americans to find the victim’s family among the warren of streets in the slums of the city. Five children gather from various locations, and the family is whisked off to the American Naval hospital to see their father. The parents’ fears about how they’ll support the family are quickly put to rest with the provision of huge bundles of cash.

The contrast between locations is heightened to comedic proportions. The hospital gleams white and clean, astounding the family, who gapes at everything around them. They can’t help but touch all the fine fabrics. A culture-clash farce ensues as the family uses the wrong toilets and generally causes mayhem.

By far the strangest film in the anthology, this is almost a farce. It shows the impact of American forces on Taiwanese people in an incredibly benevolent way alongside the very real harm done.

But the most striking thing is the pantomime satirical message. The family is given more money than they can ever imagine in wads of cash, American schooling, and piles of food, such as exotic apples they’ve never tasted before. The rich, benevolent Americans broke both of the father’s legs but in doing so plucked them from a life in poverty and provided for their every need. Meanwhile, people they know show up wanting their own slice of the good fortune.

But they end up losing their culture. The final shot has them in American clothes and missing one of their children who has gone to an American school. The family is left both Americanized and incomplete.

All of these films show fathers looking for new ways to provide for their families. Whether comedy or tragedy, they show a Taiwan on the brink of social change and new consumerism. They all offer something different, though, making this anthology a great way to explore the same topics from different angles.