“The Roundup” (2022) tells the story of detective Ma Seok-do (Ma Dong-seok aka Don Lee), a no-nonsense, loose cannon who always gets the job done, with a brink of destruction in his path. The story is set four years after the first film, “The Outlaws”(2017)  and it follows Ma’s case in capturing criminals who have escaped Korea and have fled to Vietnam. His superior Jeon Il-man (Choi Gwi-hwa) joins him on the case to capture the nefarious Kang Hae-sang (Son Seok-koo). But what they realize is that this case is more than just capturing a business tycoon as a string of murders hint of something far more than they have expected.

Occasionally, the simplest terms of entertainment in cinema can just fulfill a basic need and deliver it in spades. It can be Arnold Schwarzenegger killing people and spouting a one-liner. It can be Jim Carrey utilizing his vocal and facial tics to deliver a comedic performance, no matter what the context is. Or in the case of “The Roundup”, it can be the sight of Ma Dong-seok beating the proverbial crap out of everyone in his sight. And boy, it delivers on that front.

The film follows the formula of the original in which it combines hard-hitting action with genial humour that recalls the Hong Kong action films of the ‘80s and early ‘90s. The shifts in tone are well-handled in the sense that it can surprise you when it goes from amusing conversations about the knowledge of the English language to machete-slicing mutilations in a snap of a finger and yet it never comes off as jarring or out of place.

The humour is more successful since the cast is more confident in their roles and their camaraderie is one of the highlights of the film, with returning cast members like Park Ji-hwan and Choi Gwi-hwa lending great support to the proceedings. What is striking about the film is how much the it focuses on its ensemble rather than just being the Ma Dong-seok show, which might be on Ma’s part being a co-writer for the screenplay. The shared camaraderie pays dividends and lends lots of laughs.

The action is also more confident this time around. There are fight scenes that are shot in long, singular takes, i.e. one where Son slices and dices numerous henchman, and there is an impressive fight scene in a bus that utilizes everything in its environment that ups the ante. But what makes the action both extremely entertaining and genial is that the film balances the levity of the overblown strength of its lead with the dramatic weight of its overstated violence.

There are moments of bones breaking, limbs being sliced, bodies being collided with vehicles and flesh being stabbed, which can be jarring to the fun tone in which the story is being presented. However, director Lee Sang-yong lends an assured directorial hand and manages to tie the two together and make it palatable. He moves the story at a good pace and keeps the film on a perfect 106 minutes.

But the film would be figuratively nothing without its two well-cast leads. Ma Dong-seok is as lovable as ever as the burly, tight-fitting hunk of destruction as he pulls off both the tough side as well as the down-to-earth side of Ma with a believable and endearing swagger. As the villain of the piece, Son Seok-koo is as formidable as he is ruthless. His presence is set almost immediately with his piercing eyes and his slender physique provides a compelling contrast to Ma’s that both complements the action choreography and the adversarial stakes.

Overall, “The Roundup” (2022) is a worthy successor to “The Outlaws” (2017) as it inches further with its ambition thanks to punchy action scenes, genial humour, assured tonal shifts and its infectious sense of fun. Bring back the Beast Cop for another sequel!

“The Roundup” will be showing at the 2022 Fantasia International Film Festival. Click the picture below to explore the festival program. 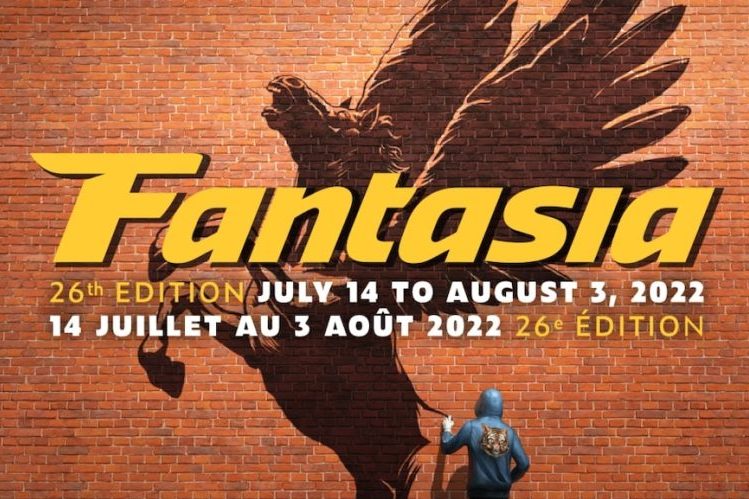