2019 was an eventful year for me, I grew so much as a person and found an outlet to express my writing and thoughts about film as a whole. This isn’t a definitive list by any means but a list of the films that have had the biggest impact on me personally. I have a lot to say about some of these so let’s get started, shall we?

I know, I know. Starting a top 10 film list with a video game seems like an odd choice no? I’m just surprised as you are. Directed by Hideo Kojima, the game bridges the gap between film and video games in a way that no other game has before. With thoughtful direction, superb storytelling and fantastic acting from the likes of Norman Reedus, Lea Seydoux, Mads Mikkelsen, and Maragaret Qualley, Death Stranding tells an important story about tearing down walls and forming a connection with one another. A wholly unique experience, I believe any fan of film should seek it out by any means.

A movie I didn’t expect to like, Hustlers directed by Lorene Scafaria plays a lot like a Scorsese tale of the rise and the fall. Jennifer Lopez brings her A-game but the real standout for me was Constance Wu, who gives a superb performance as a woman caught up in the world of strippers, wall street assholes, drugs, and the desire to be part of a loving family. Told through the female-gaze Hustlers remains one of the most interesting and fascinating looks into a world that not a lot of us are familiar with. 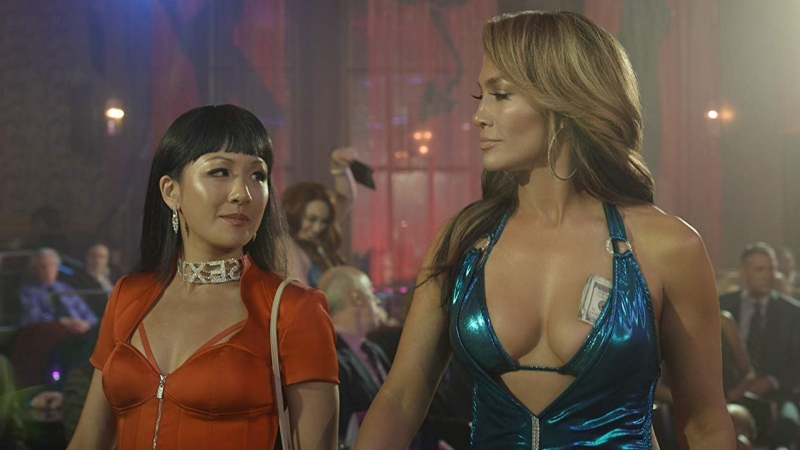 It seems like a lot of the time Horror movies forget to be fun. Sometimes you want the cinematic equivalent of a haunted house ride and by god is Ready or Not just that. Fronted by the fantastic Samara Weaving and brought to us by the folks at Radio Silence, Ready or Not straps you in for a ride that’s loaded with spectacular gore, fantastic set design, acting that borders on camp but never does, and a wicked sense of humor that doesn’t let up for it’s 95 minute runtime. Did I also mention it has one of the wildest endings this year as well?

This one’s hard to write about for me personally. The best movies to me are the ones that resonate on a personal level. Movies that transcend merely just entertainment value and develop a life and world of their own and remind you of yours. To say this movie does that is a massive understatement. As someone who recently got out of a relationship with someone they loved very much, Marriage Story absolutely destroyed me. So many fleeting moments felt plucked from my existence as well as the range of emotions that come with them Rage, confusion, sorrow, regret, love. All of these brought to life by the human performances by Adam Driver and Scarlett Johansson as Charlie and Nicole respectively. Noah Bumbach’s direction and writing are almost second to none in the drama genre, and in turn have all come together to make a film I’ll be thinking about well past 2019. 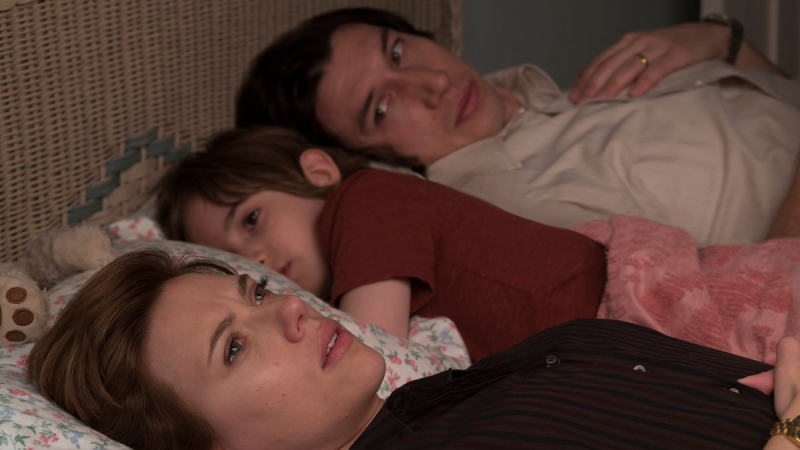 On the other end of the spectrum we have Ari Aster’s Midsommar, which deals with love in a very different fashion. Quite possibly one of the greatest break up movies of all time, Midsommar personifies the toxic relationship between Dani played by Florence Pugh (in one of this year’s best performances) and Christian played by Jack Reynor. Midsommar is one of shockingly brutal and upsetting horror films I’ve ever seen and at the same time is a terrifyingly realistic look at the ramifications of toxic relationships. What this one if you think you can stomach it. (Note: The Director’s Cut is also extremely good and provides context into subplots that are glossed over in the theatrical cut, seek this one out if you can. But both are masterful.)

Taika Waititi has done it again. Before Thor: Ragnarok he was known for bringing a certain level of humor and brevity to heavy life subject such as loss and death. Jojo Rabbit is no exception. Despite being set in one of the most hateful period of human history, Jojo Rabbit goes to great lengths to show us how far an act of love can go, no matter how small it may seem at the time. It genuinely has a third act reveal that made me feel like I had been kicked in the chest. Featuring performances by Scarlett Johansson, Sam Rockwell, and breakout stars Roman Griffin Davis and Thomasin Mckenzie. Jojo Rabbit to me, shows us that even when all hope seems lost in the world, love and peace will always show their heads and prevail in the end. 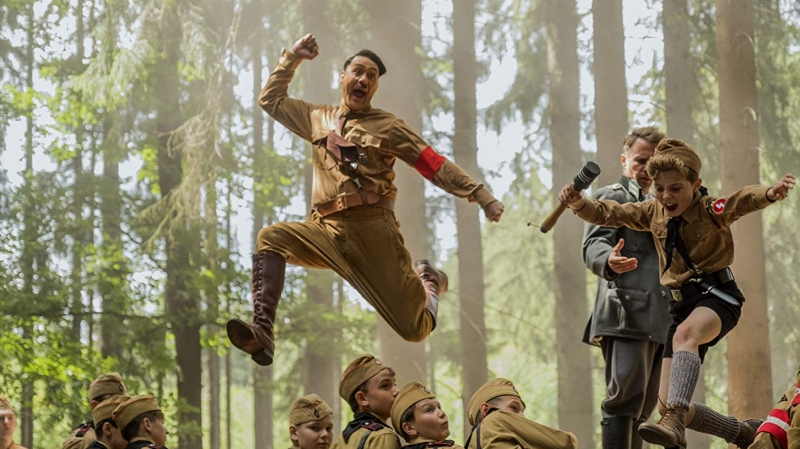 Sometimes movies are pure craft and you can tell from the moment they begin. Knives Out is that movie for me. Rian Johnson has meticulously crafted an Agatha Christie style whodunit in today’s age of cell phones, internet, and technology. From the fantastic ensemble cast, to its jaw-dropping cinematography, Knives Out weaves one hell of a mystery that keeps you guessing for its entire duration. Beneath the surface also lies a brilliant social commentary about white privilege, the alt-right, immigration, and many more relevant topics. Held together by it’s fantastic humor, Knives Out is the complete package in an age where many movies leave you wanting more.

Gerta Gerwig’s Little Women is the cinematic equivalent of a nice warm hug. This movie broke my heart numerous times but also brought it immense joy. The story is a tale we all know but she elevates the source material to new heights putting her unique feminist spin on it in the process. I watched this movie projected on 35mm film projection and it really highlighted Gerwig’s direction, everything feels as though its in its position for a very specific reason. The framing makes it feel as though we’re looking at old family photos, mementos if you will.

The cast features Saoirse Ronan, Emma Watson, Florence Pugh, Timothee Chalamet, Laura Dern, Meryl Steep, among many others. Pugh stands tall as Amy March, the sister used to being second best. Ronan gives a monologue for the ages, I could sit here all day and write about this movie but I implore you to go see it for yourself and feel the love in these trying times.

Gerwig has cemented herself as one of the most exciting filmmakers working today and I can’t wait to see where she goes from here. 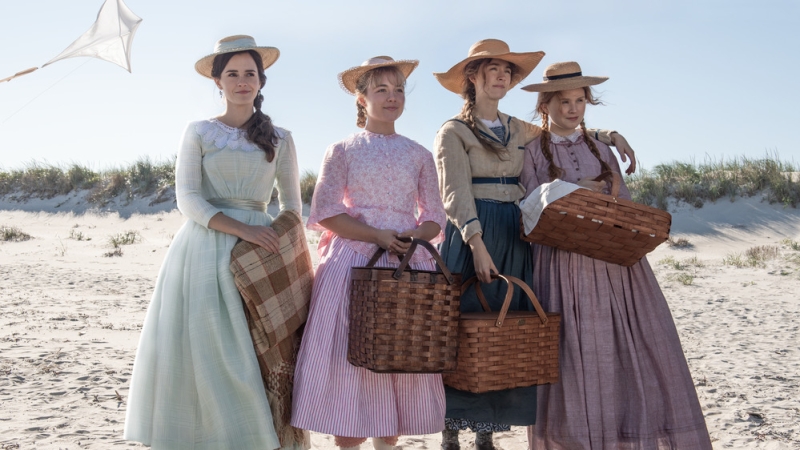 OUATIH directed by Quentin Tarantino represents an apex for the famed director’s career. It genuinely feels like the movie Tarantino has been working towards his whole career. A love letter to late 1960’s Hollywood with Leonardo Dicaprio as aging movie star Rick Dalton and Brad Pitt as his stuntman/best friend Cliff Booth. Searching for relevancy in the changing Hollywood landscape, we follow Rick, Cliff ,and Rick’s neighbor Sharon Tate played here by Margot Robbie, in a day of their lives that leads up to the infamous night of Tate’s murder. Tarantino being the storyteller he is weaves an interesting web of plot beats and themes in what to our characters, is just an ordinary day. Seeing it projected in 35mm film brought to the forefront a level of authenticity that caused me to just get lost in the world and the lives of these characters. It may not be everyone’s cup of tea but OUATIH reminds me of why I fell in love with movies in the first place.

This is one of those movies that the less that is said, the better. Seriously, go into this movie as blind as possible. Whereas most movies are a straight line from point A to B, Bong Joon-ho has directed a film that goes into a spiral. The tonal shifts presented herein are the work of mastery, when you feel like you have the film figured out Bong pulls the rug out from under you and presents you with something new. What I thought was the climax of the film was actually the introduction into the second act! Parasite is a once in a lifetime movie watching experience and one that I’ll be watching for years to come.

I have this long standing theory in my head that Adam Sandler every couple of years like to do a movie to remind people that he can absolutely nail a dramatic role. Uncut Gems is that very movie. Directed by The Safdie Brothers, Uncut Gems into the world of the diamond district in New York and the Jewish community through the eyes of gambling addict Howard Ratner played here by Sandler. This movie made me want to claw the skin off my face and also gave me an extreme gambler’s high, I never thought that character’s watching an NBA game on TV could be so thrilling and nerve wrecking but yet here we are. 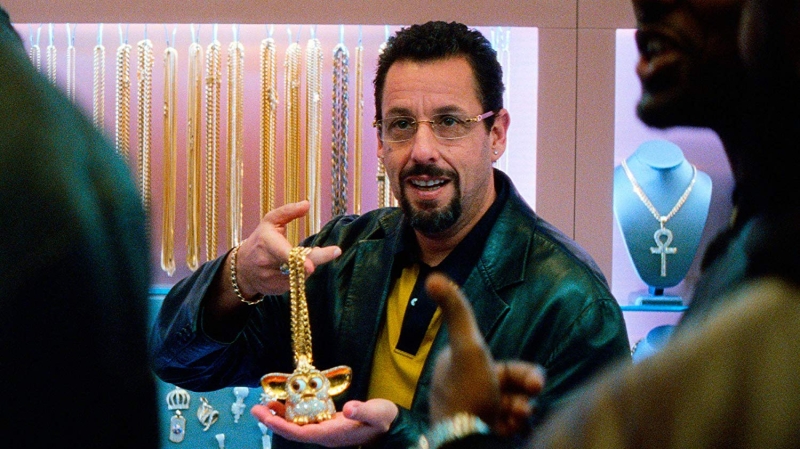 The Safdie Brothers direct the hell out of the movie in a way that feels like you’re constantly being pushed underwater and being pulled up for brief moments of air, and I mean that as the highest praise possible. Combined with being projected on 35mm film, the film takes on a look of classic 1970’s thrillers such as Cruising, To Live and Die in LA, and Serpico. All these ingredients make what is my favorite movie of 2019. So to the The Safdie Brothers I say, Bravo. You guys made one hell of an experience.